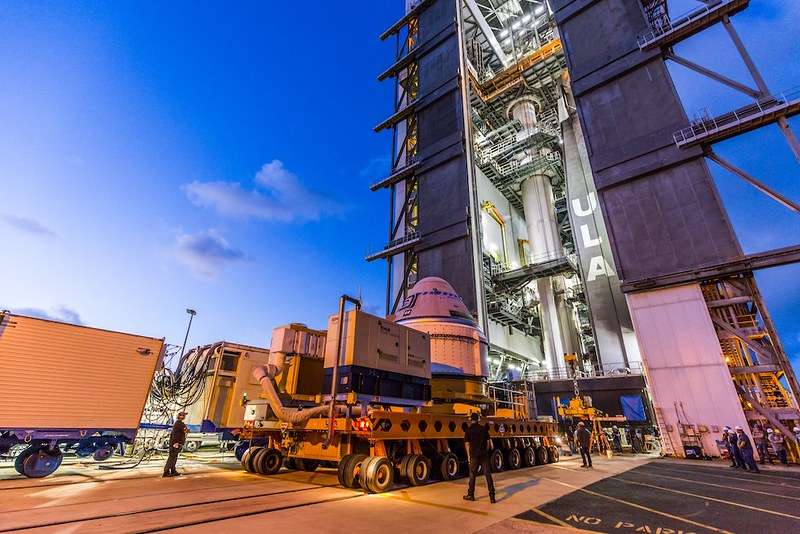 NASA and Boeing are conducting a critical review known as the Flight Readiness Review (FRR) ahead of a planned launch of the Starliner spacecraft next week from Cape Canaveral.

The space agency’s head of human spaceflight Kathy Lueders is hearing presentations from key mission managers ahead of the uncrewed launch to the International Space Station July 30.

This upcoming mission for Boeing is a re-test after a 2019 attempt failed to reach the station. An issue with the onboard clock caused the vehicle to misfire its engines in orbit, forcing the mission to end early. The vehicle landed safely after just a few days in space.

A joint commission of Boeing and NASA officials found issues with the company’s software and NASA’s oversight of the program. Boeing said it has resolved those issues and is ready for the test flight dubbed Orbital Flight Test 2 (OFT-2). After completion of today’s FRR, NASA and Boeing will conduct a Launch Readiness Review next week before giving the final GO for launch.

The flight test next Friday will provide data to NASA as the agency reviews the safety of the system before giving Boeing the go-ahead to launch astronauts in the vehicle. If all goes well, a crew of three NASA astronauts could launch to the station by the end of this year.

OFT-2 will launch from Cape Canaveral Space Force station atop Unite Launch Alliance’s Atlas V rocket. Launch of Starliner is targeted at 2:53 p.m. EDT Friday, July 30 launch. Once in orbit, it will take about a day for the Starliner to dock with the ISS.