Blue Origin Launching UCF Experiments To The Edge Of Space 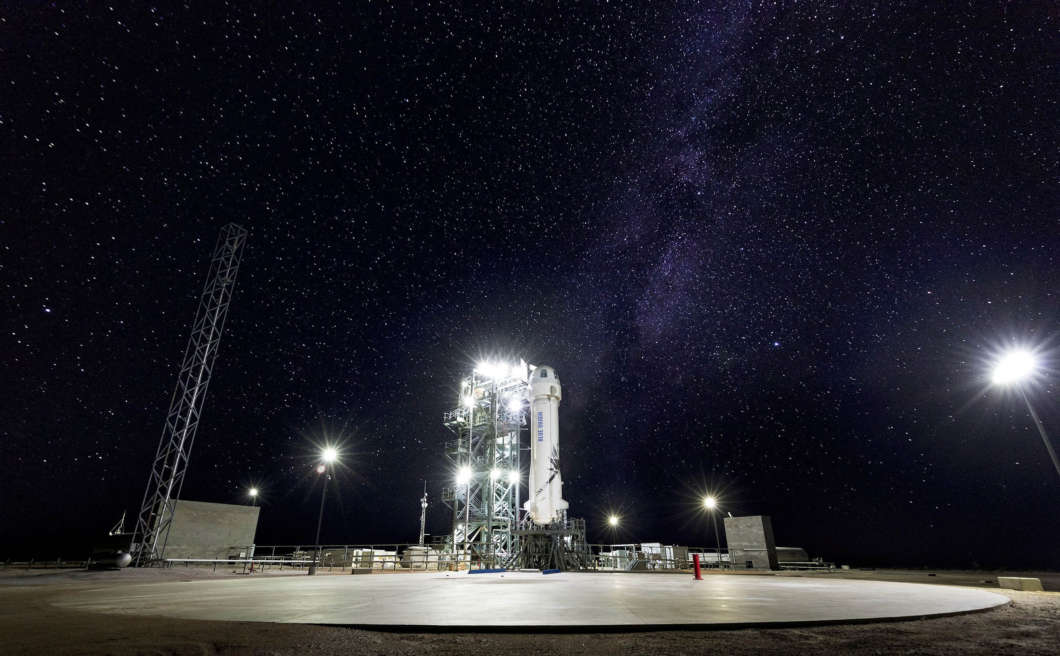 Experiments from planetary scientists at the University of Central Florida are hitching a ride to the edge of space thanks to private company Blue Origin.

The company’s New Shepard rocket is scheduled to launch 62 miles into the atmosphere at 8:00 a.m. EST on Wednesday from a launch facility in West Texas.

Blue Origin is flying NASA science missions as it tests a rocket designed to take tourists to the edge of space.
The New Shepard rocket launching from Van Horn, Texas will carry two UCF science payloads, a payload from the University of Florida and five other experiments.

UCF researchers and planetary scientists Josh Colwell and Addie Dove will use the few moments of weightlessness to run experiments looking at how particles behave in microgravity – like the dust on the surface of an asteroid.

There’s a practical use for the data like figuring out how to land on an asteroid. “Basically what we’re trying to do is understand how those objects respond when they are hit by gentle impacts such as might occur if you’re sending a spacecraft,” said Colwell. The findings could help future human explores, too.

Planetary scientists are also interested in figuring out how the particles interact and “stick” together — which could explain how our solar system formed.

Colwell has been working on the Collisions Into Dust Experiment (COLLIDE) for at least two decades. An earlier version of the payload flew on the space shuttle.

The university’s second experiment, Collection of Regolith Experiment (CORE), aims to address the challenges of collecting and analyzing samples in microgravity.

Blue Origin, founded by Amazon’s CEO Jeff Bezos, plans to launch tourists on suborbital flights this year. Paying customers are promised breathtaking views of the curvature of the Earth and brief moments of weightlessness.

Wednesday’s launch attempt will be the 10th test flight of the New Shepard rocket. Blue Origin plans to build and launch a larger orbital rocket called New Glenn from Cape Canaveral in the 2020s.