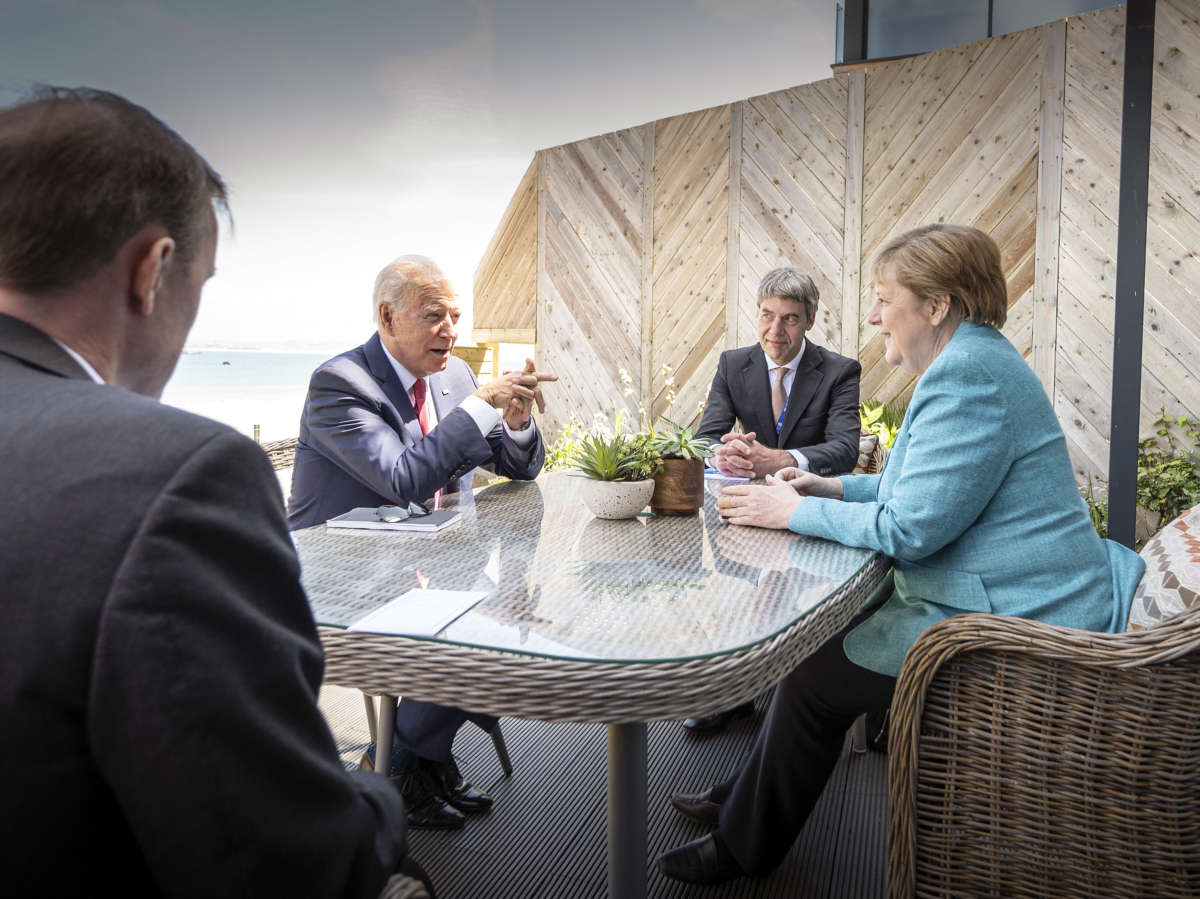 President Biden worked hard to try to convince G-7 leaders to take a more assertive stance on China’s human rights abuses and trade practices during a weekend of group meetings and private sessions that one adviser described as “diplomatic speed-dating.”

Biden has said he sees China as a key strategic competitor. But some other G-7 leaders have sought to work with China in areas like infrastructure projects and telecommunications. In his first face-to-face meetings with European allies since taking office, Biden sought to repair ties strained during tense international meetings with his predecessor, and tried to stake out some common ground on the issues posed by Beijing.

“There were some interesting discussions and a little bit of a differentiation of opinion not on whether the threat is there — but on how strong, from an action perspective, different G-7 members are willing to take things,” a White House official told reporters during an update on talks.

How aggressively to confront China has been a sticking point. Some G-7 leaders worry about damaging crucial economic ties.

The White House said leaders agreed to work together to help with financing for big infrastructure projects in developing countries. The effort is aimed at countering China’s massive “Belt and Road” initiative, although the G-7 version will be “decentralized” and rely on development finance initiatives already underway, an official said, noting concrete details were not yet available.

Biden also urged the G-7 to take a tough stance against China’s use of forced labor in the Xinjiang province. Aides said leaders were supportive, but it was not immediately clear how strongly that sentiment would be reflected in the G-7 communique, the intensely negotiated final document that shows what leaders agreed to. The communique will be released when the summit wraps up on Sunday. Biden also plans to give a press conference at that time.

During his meetings with leaders, Biden also talked about the COVID-19 response, climate change, the drawdown of troops in Afghanistan and instability in the Sahel region of West Africa, the White House said.

The dynamics were noticeably different for Biden than former President Donald Trump, who did not enjoy multilateral summits and often sparred with other leaders.

“For all these issues, what we need is cooperation,” said French President Emmanuel Macron at the beginning of an hour-long chat with Biden on a terrace overlooking the seaside.

“And I think it’s great to have the U.S. president part of the club and very willing to cooperate,” Macron said.

Biden also met with leaders from Germany, Italy and Japan. He met with British Prime Minister Boris Johnson and Australian Prime Minister Scott Morrison — there as a G-7 guest. And later he met with South African President Cyril Ramaphosa, another guest invited to the summit.

Biden next travels to Brussels for meetings with NATO allies and European leaders on Monday and Tuesday before ending his trip in Geneva for a summit with Russian President Vladimir Putin.