Best Actor Or Actress? Gender-Expansive Performers Are Forced To Choose 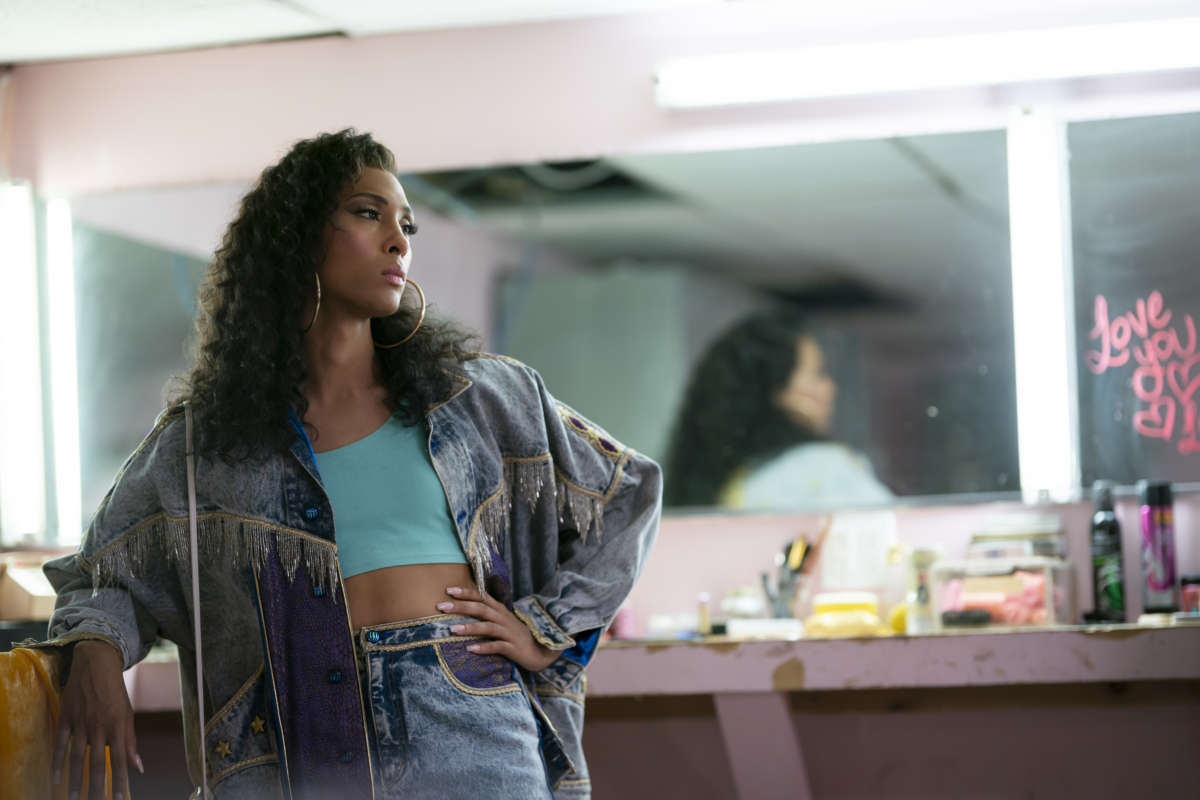 This week’s Emmy nominations include a first.

Mj Rodriguez became the first openly transgender performer to be nominated in a lead acting category, for her role in the FX drama series Pose. Her nomination is being hailed as a milestone for trans inclusion.

Meanwhile, some who identify as nonbinary are questioning why entertainment awards are divided by gender in the first place.

For nonbinary actors, the gendered actor/actress categories for awards including the Oscars, Emmys and Tonys ignore their identity.

“When pitted against each other in the context of an awards show, they only mean male or female, or man or woman,” says actor Asia Kate Dillon, who is nonbinary. “When presented with those options, I am neither of those things.”

Dillon, 36, stars in the Showtime drama series Billions, where they play a nonbinary character — a financial wunderkind in the cutthroat world of New York hedge funds.

They are arguably the most vocal performer calling for an end to gendered award categories, a campaign they’ve waged for several years.

“It’s erasure. It’s exclusionary. And it continues to uphold a binary that is ultimately really dangerous,” Dillon says.

In 2017, when Showtime asked Dillon which Emmy category they wanted to be submitted for — supporting actor or actress — they balked.

Dillon challenged the organization that runs the Emmys, the Academy of Television Arts & Sciences, to explain in which category they, as a nonbinary actor, would fit. The Academy’s reply? Go ahead and enter whichever Emmy category you prefer, actor or actress. There’s no gender requirement for either category, the Academy explained.

At the time, Dillon says, “I thought, well, great! Then I’ll put myself right in there as a supporting actor.” But now, they see that as a false choice.

It means, Dillon argues, that the categories are arbitrary and absurd, and it’s high time they’re abolished.

This year, the Television Academy’s Board of Governors did announce a slight change: Emmy nominees and winners can now choose to have the word “performer” on their certificate or statuette, instead of actor or actress. But the categories themselves remain unchanged.

Both the Television Academy and the Academy of Motion Picture Arts & Sciences, which runs the Oscars, declined to comment for this story.

Other award shows and festivals have made the move to gender-neutral categories.

The MTV Movie & TV Awards eliminated separate male and female acting categories in 2017, and it was Dillon who was chosen to present the first gender-neutral award for best actor in a movie.

“It’s so cool to be here presenting the first acting award ever that celebrates performance free of any gender distinctions,” a beaming Dillon said, before bestowing the golden popcorn trophy for best actor on winner Emma Watson.

When the Berlin festival announced its decision to go gender-neutral, actor Tilda Swinton cheered the move. “I think it’s pretty much inevitable that everybody will follow. It’s just obvious to me,” Swinton said. Actor Cate Blanchett also welcomed the shift. “I have always referred to myself as an actor,” she said. “I am of the generation where the word actress was used almost always in a pejorative sense. So I claim the other space.”

Will women lose out?

Those who are leery of combining the acting awards into one gender-neutral category worry that it’s women who will ultimately lose out.

Preserving award categories for women ensures a bit of gender parity, they argue, in entertainment industries that have long been dominated by men.

After all, having separate acting categories guarantees that women will win. If those categories become gender-neutral, who knows?

“I’m still not convinced that we won’t be inundated with men. But I could be wrong,” says Melissa Silverstein, founder and publisher of Women and Hollywood, which advocates for gender diversity in the film industry.

“I don’t think it’s patronizing to have a category that reflects women’s contribution to the industry,” she says. “I don’t think we’re at a point yet where we can just throw that out.”

To keep the winner pool from shrinking by half if the acting categories are combined, one suggestion is to expand each category to, say, 10 nominees. Then, two winners could be chosen per category, using ranked-choice voting.

For Silverstein, though, the discussion over awards is incidental to a bigger issue. If you want to make the awards process truly fair, she says, you have to build a bigger pipeline, and create an industry that isn’t, as she puts it, a “dude fest.”

That means making sure that women, and especially women of color, have roles that are Oscar- or Emmy-worthy, she says, and it means building transparency and diversity into the nominating and voting process.

“[Awards are] just a piece of the conversation about inclusion that needs to happen,” Silverstein says, “in an industry that shows the world what it could be.”

But the Grammy Awards – the biggest and most prestigious — have been completely gender-neutral for a decade. They eliminated the last few remaining male/female categories when they winnowed awards as part of an overall restructuring.

“In looking at every area, the question came up, why do we have these categories?” recalls Bill Freimuth, chief awards officer at the Recording Academy, which runs the Grammys.

“What’s the difference between a male country singer and a female country singer?” he continues. “And no, that’s not the lead-in to a joke. I have no punch line! It’s just a matter of fact: they’re both singing. So why do we need to separate that out? And the answer was, we don’t know why.”

In the 10 years since the switch, male and female performers have come out pretty much even in winning Grammys for best pop, R&B and country performance.

What’s more, Freimuth notes, as gender definitions loosen, all-inclusive categories make more and more sense. “In this era of gender fluidity,” he says, “we were coming up to a point [of] where would we put someone who chose not to identify with the binary gender? I’m actually very proud that we kind of got ahead of that.”

Not so for the BRITs, Britain’s popular music awards. Pop star Sam Smith, who identifies as nonbinary, was excluded from gendered categories for this year’s Brits.

In a statement on Instagram, Smith said “music for me has always been about unification not division. I look forward to a time where awards shows can be reflective of the society we live in.”

Responding to Smith, a BRIT Award spokesman said in a statement, “Sam is an extraordinary British artist and we agree with what they have said today. The Brits are committed to evolving the show and the gendered categories are very much under review. But any changes made to be more inclusive need to be just that — if a change unintentionally leads to less inclusion then it risks being counterproductive to diversity and equality. We need to consult more widely before changes are made to make sure we get it right.”

“I don’t think it will be too many more years,” they say, “before we’ll look back and go, that was — why did we — what was that? Wasn’t that strange that we separated people like that historically? And then aren’t we glad that we did something about that.”