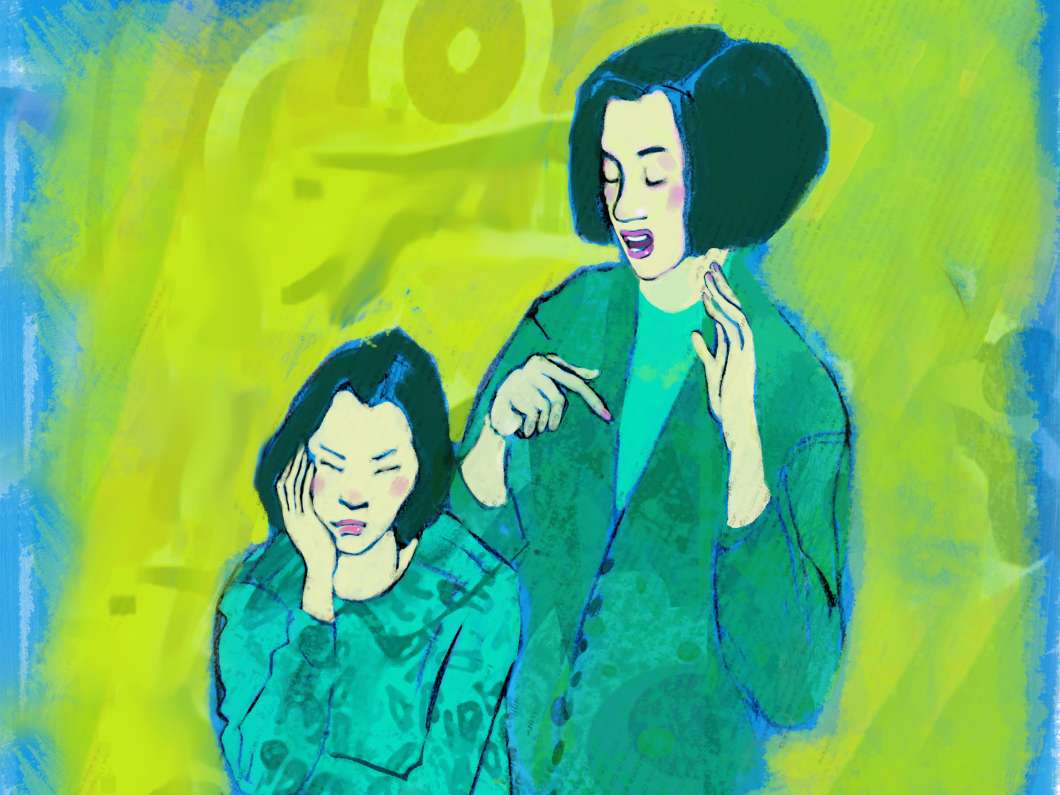 Although her oldest child, Ben, is 10 years old, Andrea Scher, 44, feels like a new mom again.

Scher suffered from maternal depression after Ben was born, eventually recovering with the help of antidepressants and psychotherapy. She was understandably relieved that her depression didn’t return after the birth of her second son.

Once more, Scher is having anxiety attacks and it’s difficult for her to sleep through the night.

“At 3 a.m., an electric current of fear shoots through my body, because I worry about my kids and how I am doing as a mom. My nervous system is in overdrive. I can’t believe I’m feeling this way all over again,” she says.

Scher is not alone. Many women assume that the first year of motherhood is the most precarious time for their mental health. But a recent study published in Developmental Psychology finds that maternal depression is actually most common among mothers of middle school children as they catapult into the tween years.

“Parenting a tween is harder than mothering an infant,” says Scher, who lives in Berkeley, Calif. “When Ben was a baby, I worried about his sleeping and eating schedules, but those were things I could kind of control. Now, I obsess over how much freedom I should give him when he’s playing Pokémon Go with his friends, and how I can monitor what he’s doing online. In many ways, he’s more on his own now, and I have to trust him to make the right choices.”

The study authors, psychologists Suniya Luthar, a professor at Arizona State University, and Lucia Ciciolla, an assistant professor at Oklahoma State University, surveyed 2,247 well-educated mothers with children ranging in age from infants into early adulthood. They asked the women about their personal well-being, including their mental health, parenting experiences and perceptions of their children’s behavior.

They discovered that the years surrounding the onset of adolescence are among the most difficult times for mothers. During this period of transition, women can feel lonely, empty and dissatisfied with their mothering roles. The researchers also found that compared to mothers of infants, these women experience the lowest levels of maternal happiness and are even more stressed out than new parents.

Luthar says that tweener moms reported feeling the most unhappy or depressed when their children are in middle school, but that the transition begins when children are 10 years old. Parents of teens are actually happier than parents of middle schoolers.

After the birth of her oldest daughter, Samantha McDonald, 40, experienced postpartum depression and at one point, she even believed that her baby would be better off without her. Things improved when she began taking antidepressants and seeing a therapist. But over the last few years, the stress of raising her daughter, who is now 12, has had a tremendous impact on her emotional health.

“Ever since my daughter was 10 or 11, I’ve found myself feeling sad and irritable because I don’t know how to help her fit in at school or resolve conflicts with her girlfriends,” McDonald, who lives in Sault Ste. Marie, Mich., says. “And even if I did, she doesn’t trust that I know the right thing to do, or that I can comfort her, and that’s heartbreaking. I put my career on hold because I always wanted to be a mom. It used to feel fulfilling, but now I find it unrewarding and stressful.”

It is also a time when kids catapult into puberty. Hormones surge, while affectionate hugs are replaced with eye rolls and dismissive behavior. Most mothers aren’t ready for such a seismic shift in behavior.

“Many mothers aren’t aware that the big separation from offspring, the one that really hurts, doesn’t occur when children leave the nest, but when they psychologically pull away from their mothers,” Luthar says. “This is a time of psychological metamorphosis for both mother and child.”

And the tweens aren’t the only ones experiencing hormonal fluctuations.

Psychiatrist Dr. Louann Brizendine, a professor at the University of California, San Francisco, School of Medicine says, “In addition to the hormonal swings that accompany our children’s tween years, women’s hormones are shifting as perimenopause begins.”

Brizendine says that for most women, estrogen and progesterone levels start decreasing after age 42. With estrogen depletion, women may feel less nurturing. As a result, they can feel more agitated with themselves, their partners and their children. Additionally, mothering tweens doesn’t offer the hormonal reward — the oxytocin “love rush” — that caring for little children provides.

It’s no wonder that these monumental emotional and physical changes substantially increase a woman’s risk for midlife depression.

Yet while there are many blogs, classes, books and hotlines dedicated to helping new mothers, these resources barely exist for midlife mothers experiencing the feelings that Scher and McDonald describe.

Just as a laboring mother may need a doula to help her cross into the threshold of motherhood, more seasoned mothers need external support, too — from someone who may not be able to take away their sadness, but is present to witness their pain.

Midlife mothers may have lost this foundation when their “mom friends” disbanded as their children grew older. Finding a cohort like the one that guided them during the early years of parenting can help. Luthar says that it’s important to have friends to lean on through this tenuous process because mothers raising tweens still need the same validation they once had when they embarked on their parenting journeys.

Scher is surviving this tumultuous time by opening up to her friends and asking them for support.

“Whenever I need reassurance, I force myself to reach out,” she says. “I encourage my sons to speak up when they need help, and I must advocate for myself in this way, too.”

Juli Fraga is a psychologist and writer in San Francisco. You can find her on Twitter @dr_fraga.