Before And After: Dramatic Satellite Photos Show Texas Towns Underwater 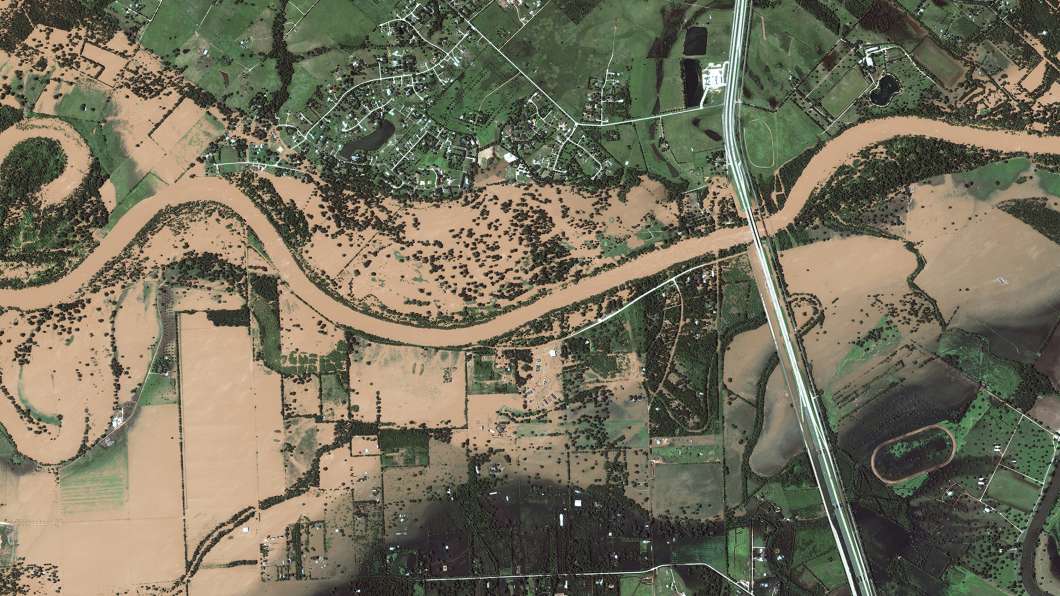 It can be hard to grasp the full impact of what Harvey unleashed on the Gulf Coast of Texas. After all, the story has been told mostly at ground level: Texans wading across interstate highways, scores of people trapped in their homes, others piloting small boats to rescue them. We’ve learned of tragic attempts to check on loved ones, and tales of people opening their homes and businesses to welcome those in need.

The long, hard work of recovery is just beginning, and there is just so much water.

The images below show five Texas towns, as they looked before and after the storm.

Some 30 miles west of Houston, Brookshire is a town of about 5,000 people in Waller County. These photos show an area just west of town, where Interstate 10 crosses over the Brazos River.

But as Wednesday’s photo shows, the Brazos overflowed its banks, turning the whole area into a muddy brown lake.

Angleton is a town of just under 20,000 people, roughly 45 miles due south of Houston. A stretch along the Bastrop Bayou was completely underwater on Wednesday. The outlines of tidy green fields disappear under dark waters.

Seven miles northwest of Angleton, authorities in Holiday Lakes knew the town was likely to flood. An undated post on the town’s website warned residents, “If you flooded last year and did not elevate you will likely flood again this year,” and that the mayor had ordered a mandatory evacuation. “Also, please keep in mind help may not be available if you need it.”

By Wednesday, the town appeared completely overtaken by its namesake lakes and Oyster Creek.

A few miles south of Brookshire, authorities say water levels were beginning to recede in Simonton, but a notice on the town’s website Thursday said a mandatory evacuation was still in effect.

The satellite photo from Wednesday shows the area shrouded in brown water where the Brazos River had spilled far beyond its banks.

About an hour’s drive southwest of Houston, Wharton is home to a historic courthouse and a life-size dinosaur sculpture.

But Harvey’s rains raised the level of the Colorado River and spread it over the town, flooding Wharton with brown water.