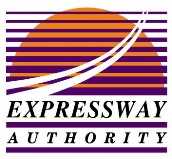 An attorney for a former Orlando-Orange County Expressway Authority board member says she’ll appeal his conviction on bribery-related charges.

Batterson was convicted of two second-degree felony charges of bribery and solicitation for receiving unlawful compensation. He faces 30 years in prison.

Batterson is accused of offering a consultant a multi-million dollar contract on the condition the consultant hire Batterson’s friends.

He was appointed to the authority by Gov. Rick Scott.

The now-defunct Orlando-Orange Expressway Authority was plagued by corruption allegations.

The authority has since been replaced with a new regionwide tolling authority. The Central Florida Expressway Authority took over in June.