Barrett On George Floyd: Obvious That ‘Racism Persists In Our Country’ 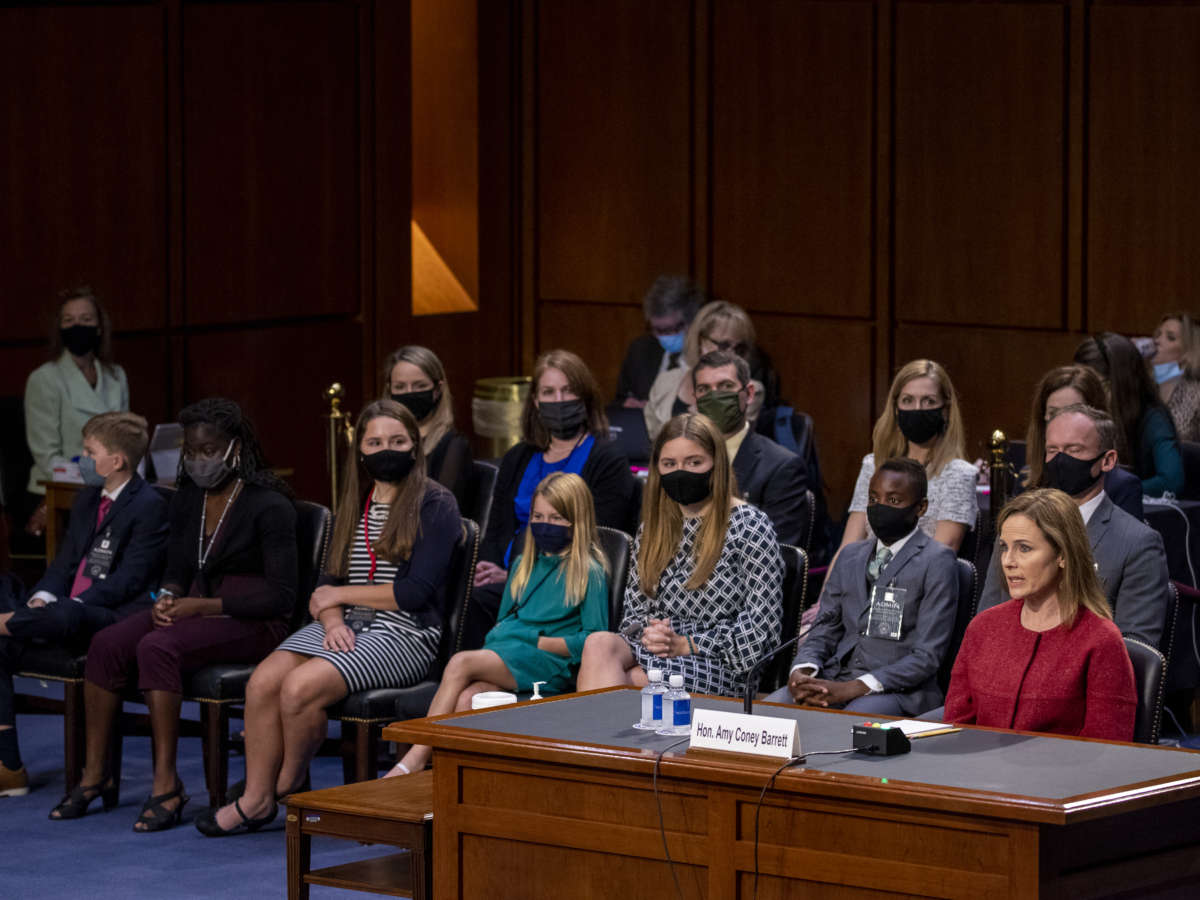 Democratic Sen. Dick Durbin of Illinois asked Judge Amy Coney Barrett how she could reconcile her judicial philosophy of originalism with what she called the persistence of racism in the United States.

The pure words of the law and the Constitution, which Barrett says are all that should guide a judge, don’t fully capture the true experience of many Americans with the law and law enforcement, Durbin suggested.

The letter of the law calls for everyone to be treated equally, and yet many Americans don’t feel they are; Durbin asked Barrett specifically about the police video that depicts this year’s killing of George Floyd, who died in the custody of an officer who knelt on his neck despite Floyd’s cries for help.

Barrett said the video was “very, very personal” for her and her family, in part because she has two Black children adopted from Haiti, her daughter Vivian and her son John Peter.

When the video of Floyd’s killing was released, Barrett’s husband and sons were on a camping trip, and Barrett said she watched the video with her two daughters in her bedroom. As they wept together, Barrett said she used the moment to talk about race and racism.

“My children to this point in their lives have had the benefit of growing up in a cocoon where they have not yet experienced hatred or violence,” Barrett said. “And for Vivian to understand that there would be a risk to her brother or the son she might have one day of that kind of brutality has been an ongoing conversation, and it’s a difficult one for us like it is for Americans all over the country.”

Durbin then asked Barrett to reflect on the history of racism in this country and the evolving debate over how racism plays a role in today’s society. While Barrett acknowledged the existence of racism, she said “making broader diagnoses about the problem” is up to lawmakers and not judges.

“I think it is an entirely uncontroversial and obvious statement, given as we just talked about the George Floyd video, that racism persists in our country,” Barrett said. “As to putting my finger on the nature of the problem, whether as you say it’s just outright or systemic racism, or how to tackle the issue of making it better, those things are policy questions.”

Durbin said he found that hard to believe, given that Barrett interprets the Constitution as it was written, but did not press her on the issue.

“I just don’t believe you can be as passionate about originalism and the history behind language that we’ve had for decades, if not centuries, without having some thought about where we stand today,” Durbin said.