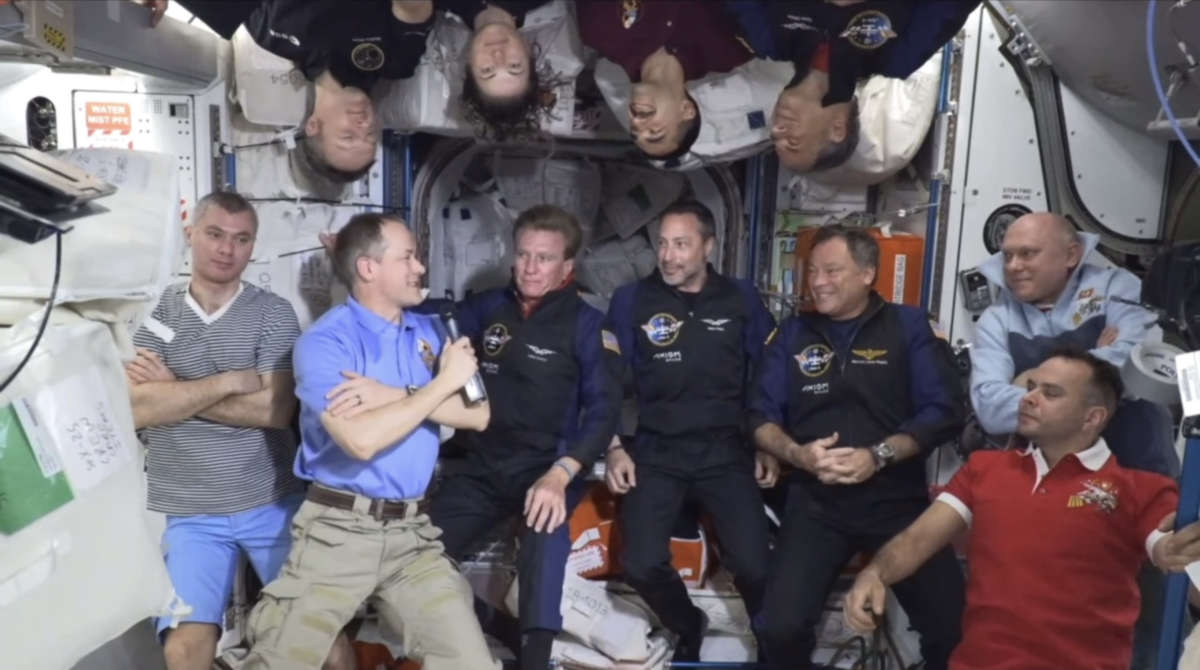 NOTE: This story was updated Wednesday, April 20 at 10:18 p.m. with additional details from NASA on the crew’s return plan.

The return of the first all-private crew to visit the International Space Station is delayed once again. NASA said weather at recovery sites along Florida’s coast are to blame.

The crew of four — one employee of Axiom, the company organizing the mission, and three paying customers — launched to the station from Kennedy Space Center April 8 on a planned 8 day stay on the station. The mission, launched by SpaceX on its Falcon 9 rocket, was chartered by Axiom.

Their return is now scheduled for Saturday night at 8:35 p.m. EDT, with a splashdown occurring Sunday at 1:46 p.m. EDT.

“As the weather forecast remains unfavorable, we’re still assessing the best time to undock the Axiom-1 mission from the Space Station,” NASA’s Kathy Lueders said Wednesday as teams assessed a plan for return.

Attempts this week to return to Earth in SpaceX’s Crew Dragon capsule that ferried the group to the station were called off due to weather. SpaceX’s capsule splashes down in either the Atlantic Ocean or Gulf of Mexico and is scooped up by a recovery boat. Mission mangers take wave height and storms into account when planning when and where to bring the crew home.

An Axiom spokesperson says the crew won’t have to foot the bill for the extra days on the station. “The agreement between NASA and Axiom allowed for the possibility of extra days,” they said.

The crew of commander Michael López-Alegría, pilot Larry Connor, and mission specialists Mark Pathy and Eytan Stibbe spent most of their time on the station conducting science experiments. Once they depart the station, it will take a little less than a day to splash down off the coast of Florida.

The delayed return will impact the scheduled launch of four more government astronauts, three NASA astronauts and one European Space Agency astronaut, which was scheduled for Saturday. The agency said the earliest that crew can launch is Tuesday, April 26 at 4:15 a.m. EDT, with additional opportunities Wednesday, April 27, and Thursday, April 28.

NASA says it wants at least two days between the missions to review data and deploy recovery ships downrange.