Athletes Gear Up For Invictus Games 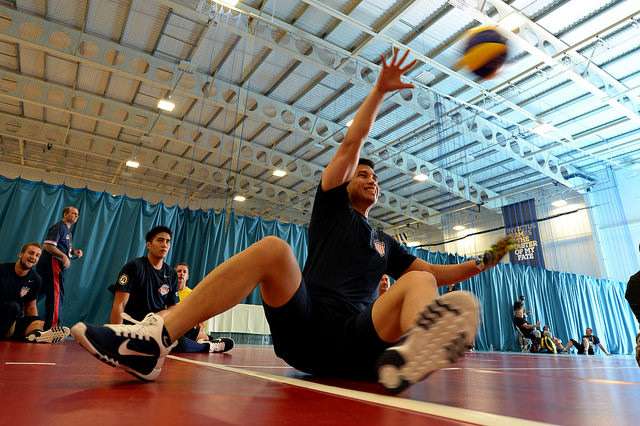 The US Seated volleyball team practice for the 2014 Invictus games. Photo: Joshua D. Sheppard / US Navy.

Hundreds of athletes from around the world are preparing for the Invictus games in Orlando. The four-day competition for wounded, sick and injured service men and women gets underway Sunday.

The first Invictus games were held two years ago.

The international competition was started by Prince Harry, who was inspired by the Warrior Games. The inaugural games were held in London.

Ken Fisher, chair of the organizing committee, said Disney’s ESPN Wide World of Sports Complex is the ideal place for this year’s games.

“My number one issue was the movement of people, especially the wheelchair-bound competitors,” said Fisher.

“I also wanted to have a real Olympic feel, rather than have multiple hotels and multiple venues.”

Fisher said there are 500 competitors – 100 more competitors and one more nation in the games compared to last time – and 1,000 friends and family members of athletes.

Next year the games will be held in Toronto.