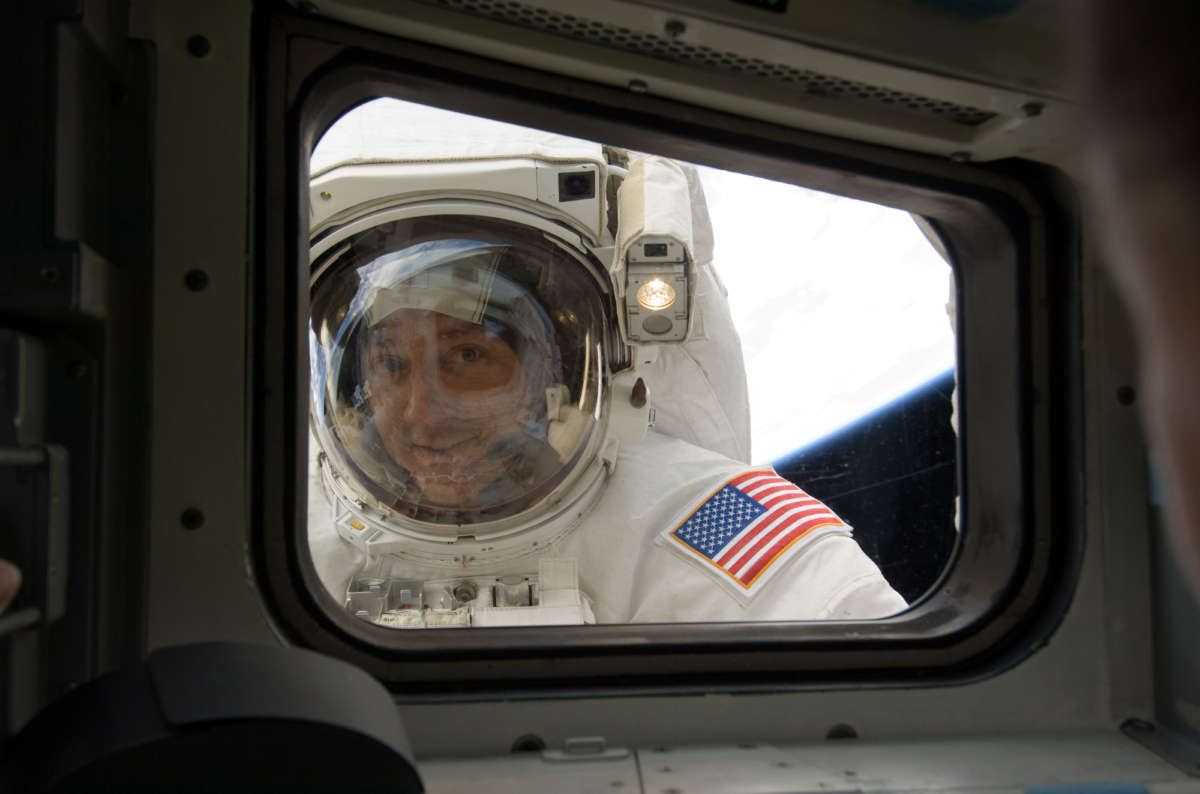 Astronaut Mike Massimino looks into the Space Shuttle while on a spacewalk to service the Hubble Space Telescope. Photo: NASA

While many of us are struggling with the new normal of quarantining and self-isolating, for NASA astronauts — it’s a part of the job. We’ll catch up with retired NASA astronaut Mike Massimino about the importance of quarantining for space travelers, and the lessons he learned while isolated from his family during his two missions to service the Hubble Space Telescope.

We’ll also talk about his book, “Spaceman: An Astronaut’s Unlikely Journey to Unlock the Secrets of the Universe” which has now been adapted to a young adult novel, about how he became an astronaut in the first place.

Then, with so many of us staying at home — what can we do to pass the time? Our panel of expert physicists say now’s a great time to do some stargazing. A crash course in backyard astronomy from our expert scientists.