As Gymnast Sunisa Lee Goes For Gold, Her Hometown Hmong Community Has Her Back 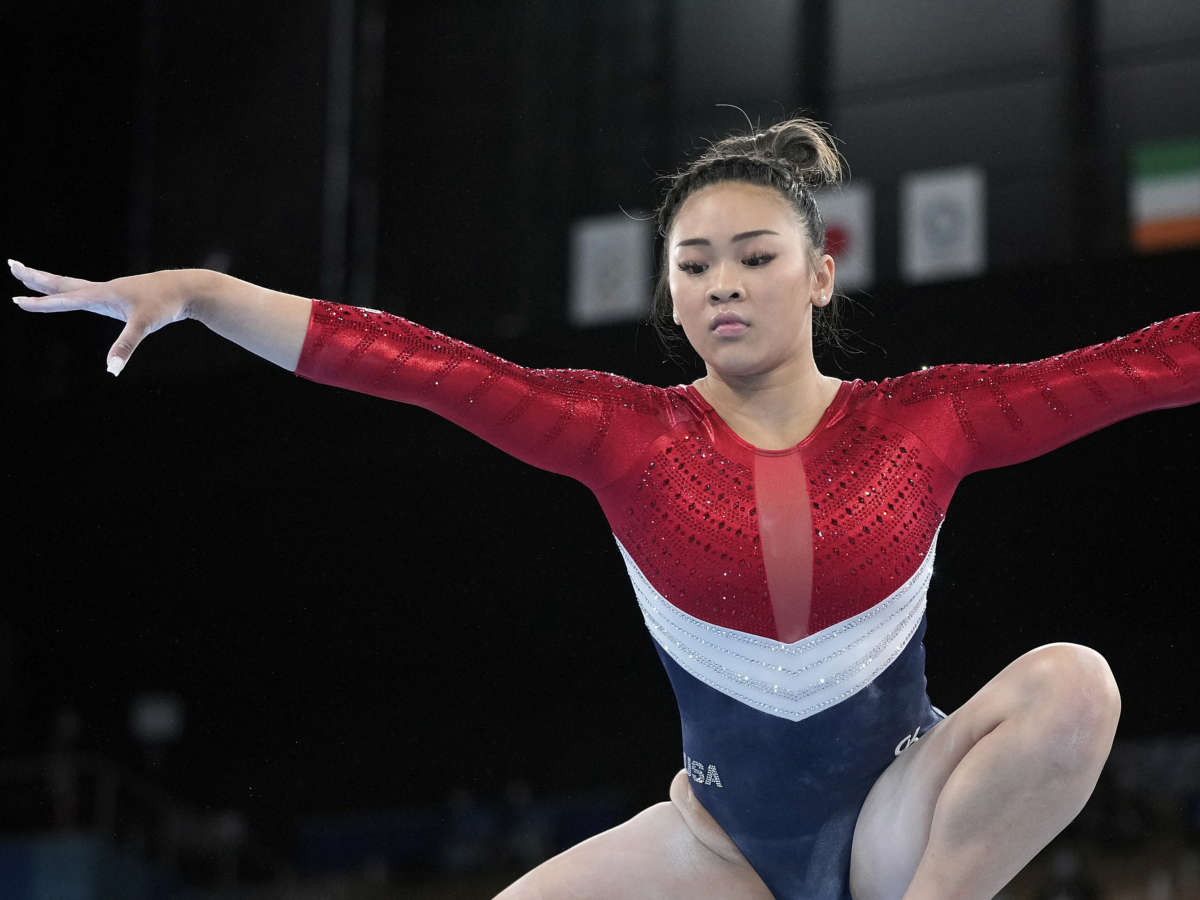 Sunisa Lee, of the United States, performs on the balance beam during the artistic gymnastics women's final at the 2020 Summer Olympics, Tuesday, July 27, 2021, in Tokyo.
Image credit: Ashley Landis

Minnesota native Sunisa Lee, also known as Suni, is just 18-years-old, but the high school graduate is no stranger to facing down immense pressure.

In an already history-making Olympics, Lee’s role in this year’s games make her the first Hmong-American to make a U.S. Olympic team.

But the road to the podium hasn’t been easy.

Lee, a member of the U.S. Olympics gymnastics team, has stepped up during the Tokyo games. When Simone Biles surprised everyone and withdrew from competition during the women’s team finals, Lee took Biles’ place to compete on floor exercise.

“I went out on that floor, and I just chucked every single thing,” Lee told the Star Tribune. “When I had to go out there and do it, I just needed to do what I do.”

Her effort helped clinch the team a silver medal.

“It just shows you how amazing and well-trained she is, and how brave and smart she is,” Biles said of her teammate.

On Thursday, Lee has the chance to go for gold in the women’s gymnastics all-around competition .

Lee pushes through loss and injury

Lee grew up in a large family in St. Paul, Minn. They saw the gymnast as a young girl, and budding athlete, practicing on a wooden balance beam her father built for her.

Gymnastics is a notoriously expensive sport especially as athletes get older.

Patsy Thayieng, a former gymnast told Time magazine, that for the most part, the Hmong community Lee is a part of is not wealthy.

“You have to understand, this is a highly inaccessible sport, especially for communities like ours because it’s so expensive and time consuming,” she said.

Lee’s parents put her in gymnastics classes when she was 6-years-old, at Midwest Gymnastics Center in Little Canada, Minn. Over a decade later, Lee still trains there.

But the last 17 months have been a whirlwind.

Lee’s gym shutdown due to the coronavirus. She further endured a broken foot, and the loss of two relatives to COVID-19.

Before that, in 2019, her father, John Lee fell from a tree he was trimming and was seriously injured. The accident happened a day before she was set to compete for the U.S. championships. She pushed through and competed just after her father had surgery, according to the Star Tribune.

During that competition, Lee made the all-around finals alongside Biles and finished eighth. She won gold in the team competition, silver in the floor exercise, and bronze on the uneven bars.

Support from the Hmong community in Minnesota

At home in Minnesota, Lee’s Hmong community, the largest in the U.S., will be cheering her on.

There are only 18 clans of Hmong, an ethnic group from Laos, Vietnam and parts of China that sided with the U.S. during the Vietnam War.

In the early 1960s, the CIA recruited Hmong to help keep the communist North Vietnamese out of neighboring Laos. In return, the U.S. promised to take care of them and their families. When Laos fell to the communists and U.S. troops pulled out in 1975, thousands of Hmong fled as refugees to neighboring Thailand and then resettled in the U.S.

Suni’s parents, John Lee and Yeev Thoj, were children when they and their families fled Laos and made the dangerous journey to refugee camps in Thailand. Their families eventually settled in Minnesota and found a home among thousands of other Hmong who’d come to the U.S. via a similar path.

The small community is proud of Lee’s success as a gymnast.

“The Hmong here are very proud to be American,” Sia Lo, a St. Paul attorney and a member of Lee’s extended family told the Star Tribune. “We hope all of America is proud of Suni. What she’s achieved showcases what is possible here in the United States.”

Lee is known for a complicated uneven bar routine

When Lee competes for a chance at a medal for women’s gymnastics all-around competition, starting Thursday morning and going into next week, her strong routine on the uneven bars will likely be tough to beat.

Her mastery of the bars is considered one of the hardest in the world due to the inclusion of a tricky skill called the Nabieva, named after Russian gymnast Tatiana Olegovna Nabieva.

Earlier this week, Lee received a score of 15.4 on the uneven bars during the U.S. team’s final–the highest score any athlete has received on bars at the Olympics yet.