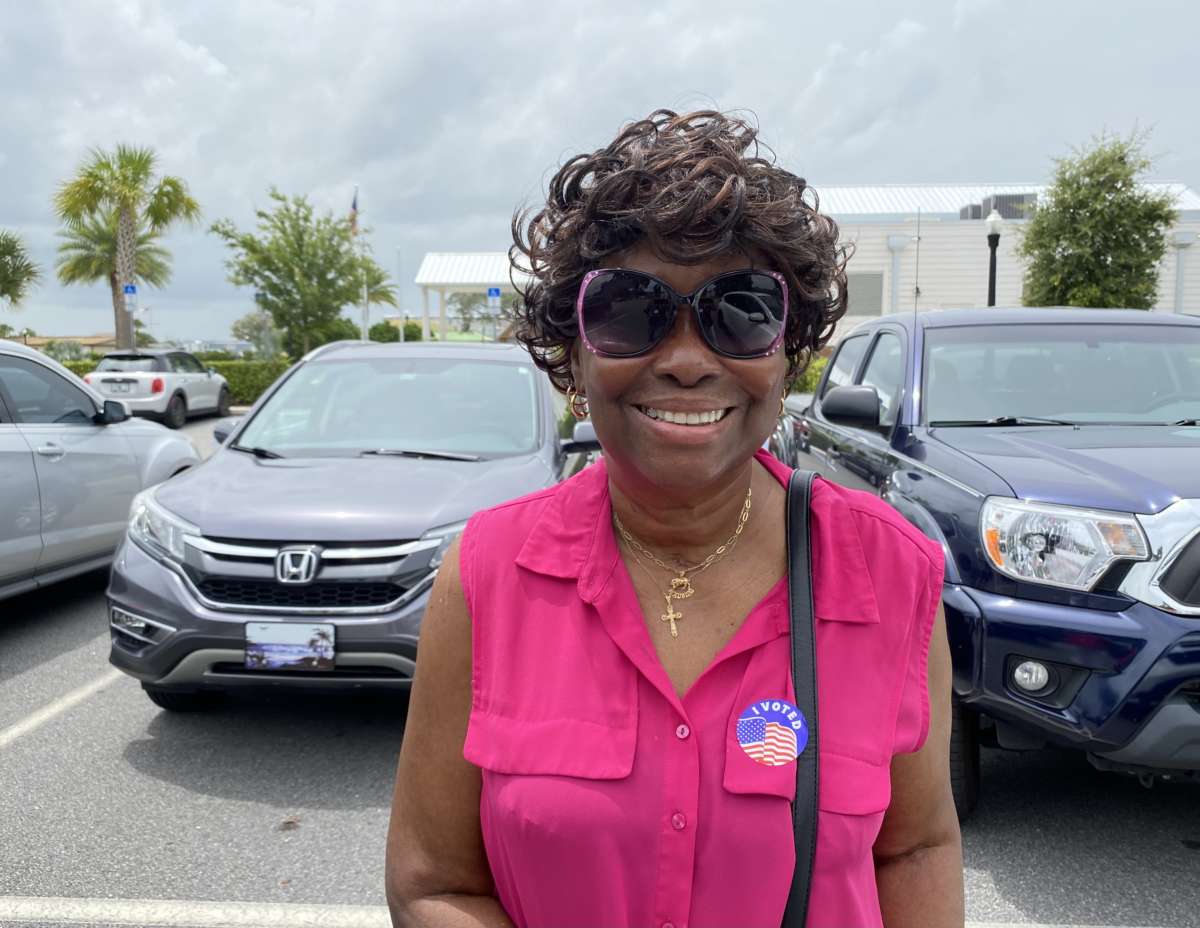 Early in-person voting will be underway Saturday across the state.

But some counties — including Orange, Osceola and Lake — got started earlier this week.

Lake County opened its early voting locations Thursday, and WMFE’s Joe Byrnes stopped by The Venetian Center — the Leesburg location — to talk with voters about what drove them to the polls ahead of the Aug. 23rd primary.

Barbara Fischer is from Leesburg.

“Well, the main thing for me is the fact that people get a fair shake. You know, we’ve seen so much discrimination and everything in voting where they tried to stop certain people from voting,” she said. “And that’s, that’s very important to me — you know, that that we’ll be able to vote and choose whoever we want to vote for.

“But I don’t want to say but Republicans don’t want us to vote. You know, they’re trying to block our vote. And that, that, that more than ever, you know, we should we should vote and because we have a right to choose who we want to vote for. So that’s my main thing, you know, that we be able to vote and choose our candidate.

George Clinton says his major issue as a voter this cycle is “getting control getting back control of the House and the Senate because I’m a Republican, conservative. And I just don’t like what’s going on up in Washington right now.

“So I want to get it over with and not forget,” Mayfield said.

Her most important issue is the governor’s race. “I think we need a new governor. … What’s important to me is that Florida doesn’t get left behind and turned around. I want it to come back up to where it was or where it can be, the best that it can be.”

Janice Leon moved up to Leesburg from South Florida a year ago.

“I vote in every election no matter what,” Leon said. “So since it’s early voting, it makes it very simple to get my votes in now.

“The big issue for me as a voter is midterm elections to take back the Senate take back you know, take that Congress and stop what’s going on. I just I can’t keep bleeding dollar bills. You know, the cost of gasoline alone is just astronomical. And I’m a volunteer transport driver for animal rescue, which means that everything I do I pick up the tab on and I can start hemorrhaging dollar bills real fast. So getting getting expenses back ain check is super important to me.”

‘Get the old squad out’

Dan Crownhart of Leesburg makes it a habit to vote during the first day or two of early voting. Photo: Joe Byrnes, WMFE News

“I always vote,” Crownhart said. “I don’t want to give up the the opportunity to make my voice heard a little bit.

“I voted Republican all my life, but now I think it’s time for — get the old squad out of there. Get some new blood in, younger people that want to make changes, that are excited about it, that aren’t in there just to have a job. They’re in there to make a change.”

To find an early voting location near you, visit the website of your county’s supervisor of elections.