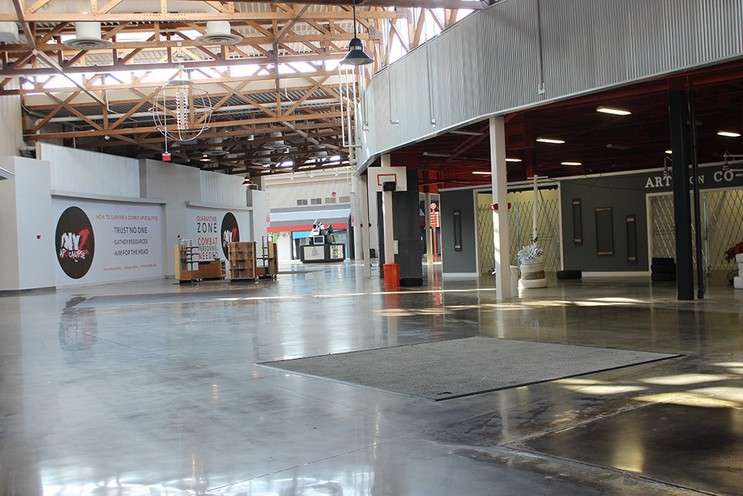 Heidi and Tony Wentzell opened their first business knowing they would be evicted in two weeks.

The Wentzells opened the Hoppy Cellar, a craft beer and wine bar, the night of Jan. 12, just hours after other vendors heard the news that Artegon Marketplace, Orlando’s two-year-old “anti-mall” on International Drive, was closing. The Hoppy Cellar was supposed to open at the mall the following week, but after hearing from a friend about the shutdown, the couple rushed to open so they could sell the inventory they had invested in. On Jan. 26, the Hoppy Cellar closed, along with dozens of other vendors, except for retail anchors like Bass Pro Shops and the Cinemark Theater. The Wentzells say after quitting their jobs to open their dream business, they feel “completely misled.”

The Wentzells are one of several smaller vendors from the shuttered mall owned by Lightstone Group that still wonder how one of Orlando’s most innovative ideas came crashing down. Since the closing, Lightstone has only put out a statement about Artegon, saying it was a “difficult decision to discontinue operations” and take the property in a new direction. Larger vendors like Sky Zone Trampoline Park and Sky Trail have filed lawsuits against Artegon’s owner. Winter Park lawyer Tucker Byrd alleges his clients lost millions of dollars after the mall terminated vendors’ leases without warning.

Meanwhile, artists in Orlando, like Carmen Lopez, miss their second home and a place to practice their craft. She loved showing her clients how to make bags out of recycled paper. Lopez says, “People went there to find their creativity and we helped them find it.”