Art In Orlando On Saturday November 12 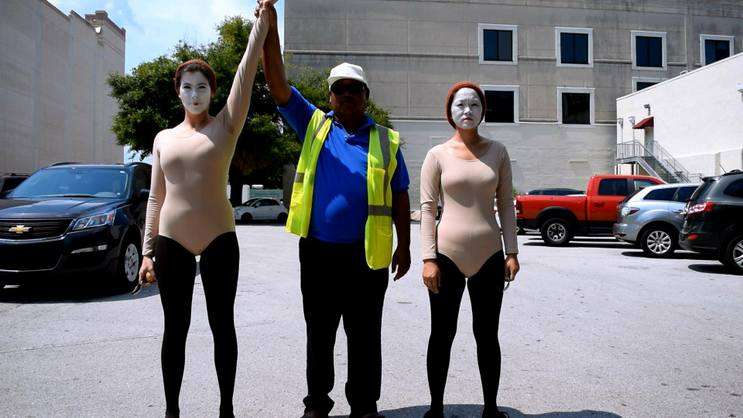 If you have plans that don’t involve being downtown next Saturday, you should steer clear of the entire area. But if you don’t have plans at all, downtown is going to be the most vital two or three square miles in all of metro Orlando.

November 12 brings together possibly the weirdest mashup of interests downtown has ever hosted. From 11 to 1, the annual Veterans Day Parade honors men and women who’ve fought in service of our country. From noon to 10pm, Come Out With Pride, which had to be rescheduled due to Hurricane Matthew, takes over downtown, the high point being their 4pm parade around Lake Eola. Also at 4pm, gates open for a free Bret Michaels concert in front of City Hall.

But Saturday November 12 is also the midpoint and longest day of the Art in Odd Places festival, which will be making downtown deliciously weird over, under, around and throughout all of those other activities. Dozens of artists from all over the world will install art, interact and inventively stretch the minds of passers-by.

Aside from New York, where it was born and happens every year, this is the first city to host Art in Odd Places more than once. It’s here again because the city of Orlando said, “Let’s do it again.” Festival founder Ed Woodham was impressed by what happened here last year, so he said, “Yeah, let’s do it again.”

It’s that spirit of being ready to come out and play, no matter what else is going on, that builds great arts cities.