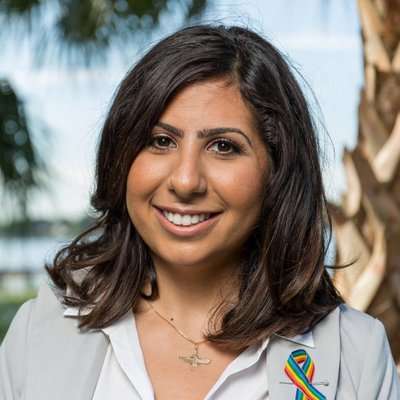 Anna Eskamani will be the first Iranian American to hold a state office in Florida.

She says it’s a testament to Orlando’s inclusiveness and diversity that the daughter of two immigrants from Iran won Republican Mike Miller’s former seat in the Florida House of Representatives.

“I think it just speaks to what makes America strong, our inclusiveness and our efforts to allow everyday Floridians no matter what they look like, who they love, that they can reach life to their full potential.”

She said her win comes amidst rising anti-immigrant, especially anti-Iranian sentiment, throughout the country. This after the U.S. Department of Treasury levied some of the quote “toughest sanctions” against the country.

Eskamani says her story growing up the daughter of two immigrants allowed her to connect with voters across the aisle.

“And that’s the story of so many Floridians whether they come from a low socioeconomic status whether they ever felt left behind or alone. And that includes not just Democrats, but Republicans and no party affiliation voters.”

She also says her platform of supporting public education, a strong infrastructure and job market, and improved environmental protections was one that appealed to a broad swath of voters. Eskamani won with 57 percent of the vote to clinch the race for Republican Mike Miller’s former seat.