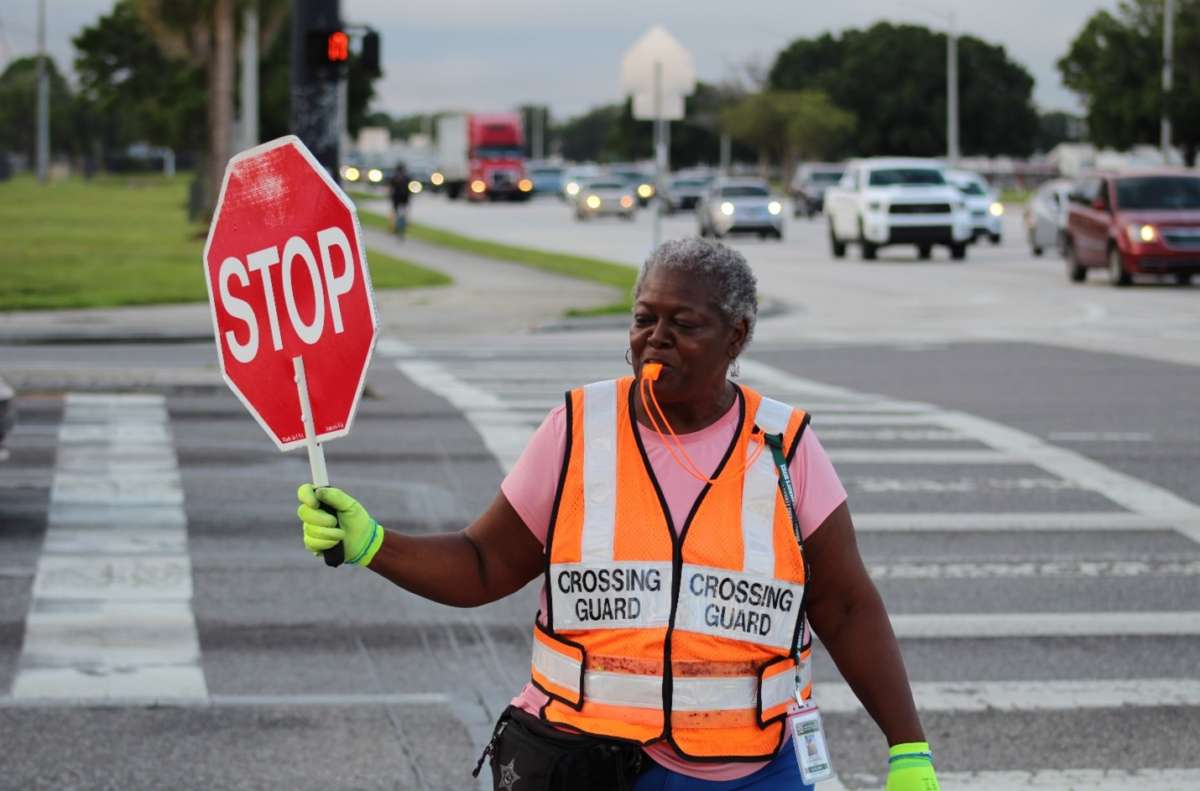 Every morning in Central Florida, thousands of children roll out of bed, get dressed, lace up their shoes, pack up their lunches, sling their backpacks over their narrow little shoulders and set out to commit a singularly brave act.

They walk to school in America’s most dangerous community for pedestrians.

Lucky for them, in Orange County they have about 310 guardian angels watching over them in the form of school crossing guards.

Once again, in 2021 the Orlando metro area was ranked No. 1 as the most dangerous city in America for walkers by the pedestrian-safety advocacy group Smart Growth America in its annual Dangerous By Design report. A lethal combination of poorly designed roads, too many cars and too much careless driving contributes to an annual pedestrian death rate of three people per 100,000 in the Orlando metro area, according to the study. That’s the highest rate in the country.

Standing between all those cars and drivers rushing to work in the morning and the children trying to get safely to school are crossing guards making $15.53 an hour.

“It’s a job that publicly is not recognized like it should be, but these are our heroes out there because every day they’re doing what they can to make sure kids get to and from school safely,’’ says Jackie Saccamano, director of safety for Orange County Public Schools.

The Orange school district relies on local law enforcement agencies such as the Orange County Sheriff’s Office to hire, train and deploy crossing guards to work the nearly 500 school crossings in the county.

Bertis Negron has been the school crossing guard coordinator for the Orange County Sheriff’s Office for 21 years. She manages 310 crossing guards for the 474 school crossings in the county. Each guard goes through a background check and rigorous training before they are put on the street. And then Negron and her team of supervisors constantly check on them as they perform their dangerous jobs around the community.

“They are definitely guardian angels,’’ Negron says. “Many of them have even put themselves at risk to save a child. There’s been near misses when a kid tries to step out, the guard will pull them back in just enough time to not get that foot run over. But this happens on a daily basis because people are not paying attention. What I would say to drivers is pay attention. I just ask you from 7 to 9, 10 o’clock slow down. I know it’s the busiest time of traffic. You’re getting to work. Then get up a little earlier and try to get there in a safe manner to your job the same way our kids want to get to school safely, and our guards want to go home safely.’’

Negron and Saccamano both say there is always a shortage of crossing guards. It’s a part-time job that requires a flexible, split schedule – availability in the mornings when kids go to school and again in the afternoons when they return home. They depend a lot on retirees who have that kind of time. On the day this story was reported, there were 27 openings for guards in Orange County. When a crossing doesn’t have a guard, it’s typically covered by a school resource officer – or sometimes goes unstaffed.

The job also requires some courage while working on the front lines of America’s most dangerous city for pedestrians.

“Unfortunately, sometimes our crossing guards are even struck because you have distracted drivers who are so busy on their cellphones or trying to get to their job or to drop their child off,’’ Saccamano says.

She has a message for Central Florida’s drivers: “Please be patient. We know carpool lines are going to be long. We know we have a lot more vehicles on the roadway. And the infrastructure is not always designed for these schools to be put right in the middle of the city. Think of how many we have – over 200 schools just in Orange County alone. I just think people don’t realize that being in a hurry for five minutes can drastically change their life. If you were to hit a student or to hit a pedestrian or a bicyclist – just to get to work a little bit quicker. Just back off a little bit and realize we’re all in the same boat trying to go to work, go to school and we want to do it safely.’’

This story is part of “Sounds of Central Florida,’’ an ongoing series and joint partnership between WMFE and UCF’s Nicholson School of Communication and