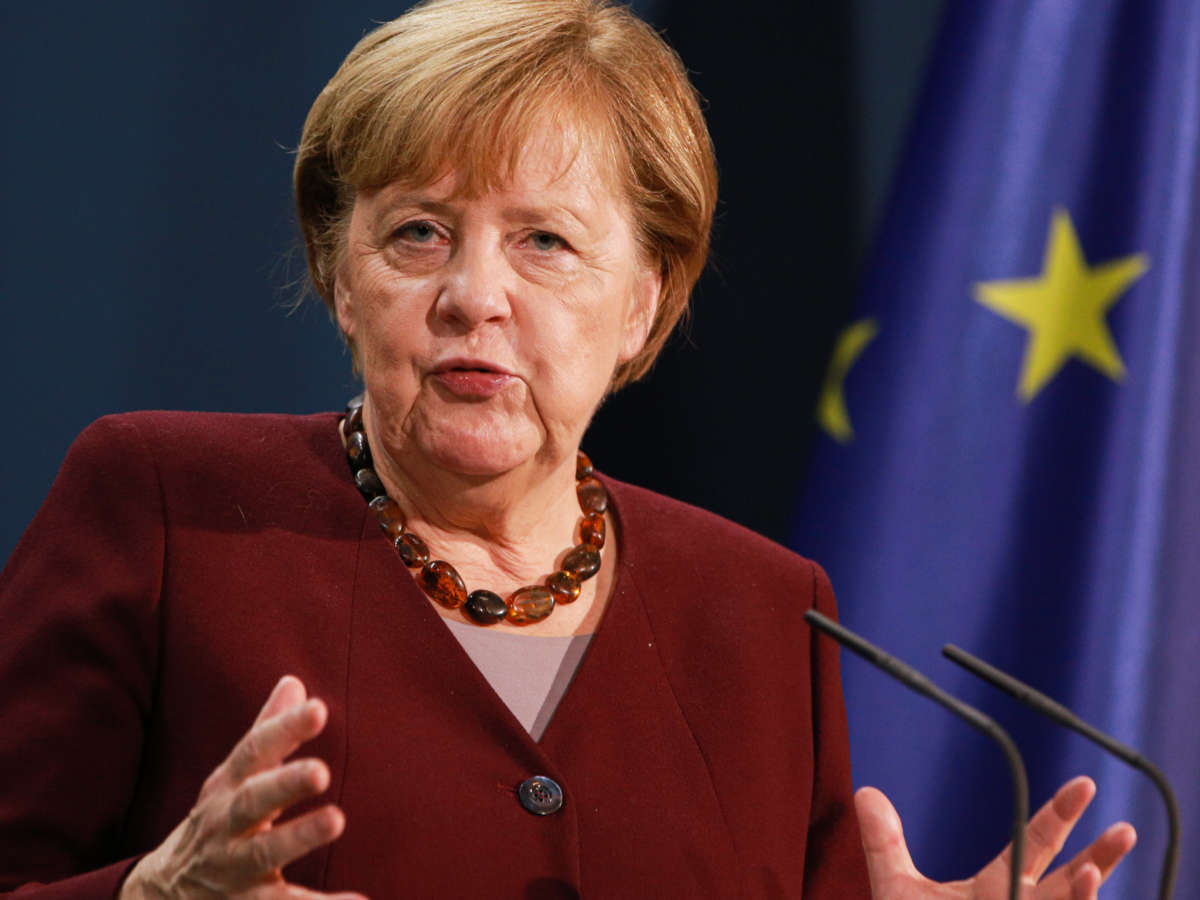 German Chancellor Angela Merkel speaks to the media following her participation in a virtual summit of G20 nations in which she expressed concern over a lack of plan to prepare coronavirus vaccinations for poorer countries.
Image credit: Pool

German Chancellor Angela Merkel is raising concerns with the leaders of the world’s wealthiest countries that when a coronavirus vaccine becomes available, poorer countries could miss out.

Speaking on Sunday during a two-day virtual G20 global summit, Merkel said progress toward developing a system for distribution to less wealthy countries has been slow and that she would raise the issue with the global vaccine alliance, GAVI.

“We will now speak with GAVI about when these negotiations will begin because I am somewhat worried that nothing has been done on that yet,” she said.

Merkel shared her concern just as pharmaceutical companies in the U.S. and U.K. have reported major progress in coronavirus vaccine development. That progress means U.S. recipients could get the vaccine as soon as Dec. 11, Dr. Moncef Slaoui, head of the coronavirus vaccine program, said this month.

But Duke University researchers suggested earlier this month that poor countries may have to wait up to four years to get a vaccine, while wealthy nations claim the lion share of the world’s future doses, leaving billions of people without immunizations.

Rich countries have already purchased, or are in the process of purchasing, more than 5 billion doses of vaccines before clinical trials wrap up.

This is done through supply deals with pharmaceutical companies producing the vaccines. Fewer than 800 million doses have been allocated for the world’s poorest countries, according to Duke’s researchers.

G20 leaders said members have injected over $11 trillion so far to “safeguard the economy and protect livelihoods, secure the continuity of businesses, and protect the most vulnerable segments of the population” during the pandemic.

Several countries, including Canada and the U.K., joined an international initiative, called COVAX, to aid in the equitable distribution of vaccines when they’re available. The U.S. has not signed on to this effort.

COVAX recently announced more than $2 billion had been raised from the European Commission, Spain, France, Korea, and others, to aid in this effort, but that there is still a $5 billion shortfall for 2021.

In September, Oxfam International criticized the actions of rich nations and pharmaceutical companies that have entered into exclusive supply chain deals.

“Governments will prolong this crisis in all of its human tragedy and economic damage if they allow pharmaceutical companies to protect their monopolies and profits,” Chema Vera, the interim executive director of Oxfam International, said.

“No single corporation will ever be able to meet the world’s need for a COVID-19 vaccine. That’s why we are calling on them to share their knowledge free of patents and to get behind a quantum leap in production to keep everyone safe. We need a People’s Vaccine, not a profit vaccine,” Vera said.