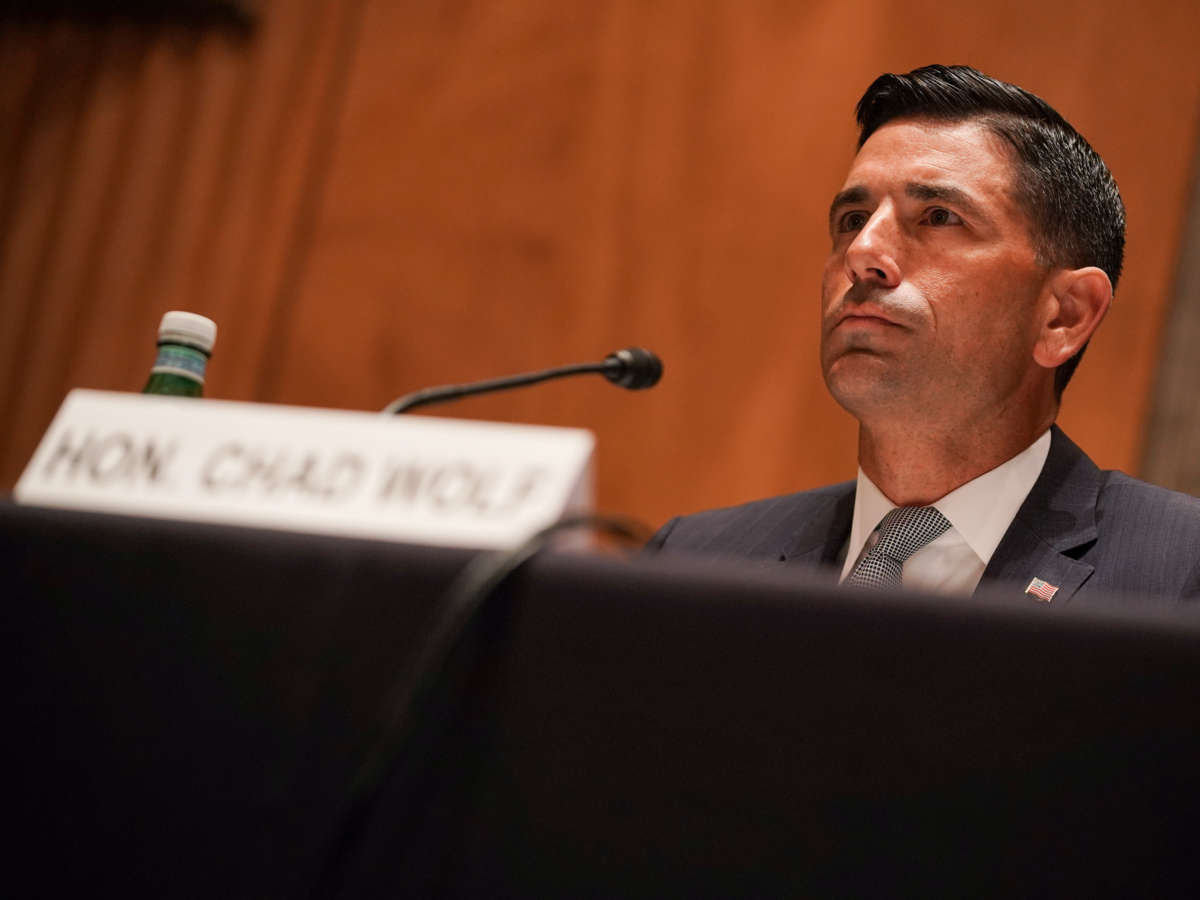 Chad Wolf, acting secretary for the Department of Homeland Security, is stepping down, according to a senior department official.

Wolf, who built a reputation as the enforcer behind some of Trump’s more extreme immigration crackdowns, said in a letter to department staff: “I am saddened to take this step, as it was my intention to serve the Department until the end of this Administration.”

Wolf did not directly reference the violent mob that overtook Capitol Hill as the cause for his departure.

“Unfortunately, this action is warranted by recent events, including the ongoing and meritless court rulings regarding the validity of my authority as Acting Secretary. These events and concerns increasingly serve to divert attention and resources away from the important work of the Department in this critical time of a transition of power,” he said.

The department has not had a Senate-confirmed secretary since Kirstjen Nielsen’s ouster in April 2019. Wolf has been serving as the department’s secretary in an acting capacity since November 2019.

Compounding the agency’s problems, DHS has come under legal scrutiny in recent months regarding Wolf’s enforcement of certain immigration measures and whether he acted lawfully to uphold the strict policies.

Wolf had previously been nominated by Trump to lead the department in its full capacity. But the White House withdrew that nomination last week, hours after Wolf condemned the violence on Capitol Hill and called on the president to do the same.

After the violence at the Capitol, Wolf had indicated he planned to remain in his post until Jan. 20 to help with an orderly transition of power amid the heightened security threats facing the country.

Wolf’s service in an acting capacity was part of a pattern by the Trump administration. Democrats say Trump bypassed Congress by installing acting officials at all levels instead of Senate-confirmed ones to avoid congressional scrutiny or rejection.

William Perry Pendley led the U.S. Bureau of Land Management for nearly a year before the White House formally nominated him in June to lead that agency. Under pressure from Democrats and some Republicans who called the former oil industry lobbyist too political a choice, Trump withdrew Pendley’s nomination in August.

A month later, as Pendley appeared still to be serving as acting BLM director, a federal judge ordered him to step down in response to a lawsuit from then-Montana Gov. Steve Bullock, a Democrat. Pendley continues to work for the agency, but in a role that he and the administration say is not as a temporary agency head. In September, the Trump administration said it would appeal the court ruling but offered no timeline for doing so.

NPR’s Brian Naylor and Kirk Siegler contributed to this report.