Americans Welcome Summer With A Somber And Surreal Memorial Day 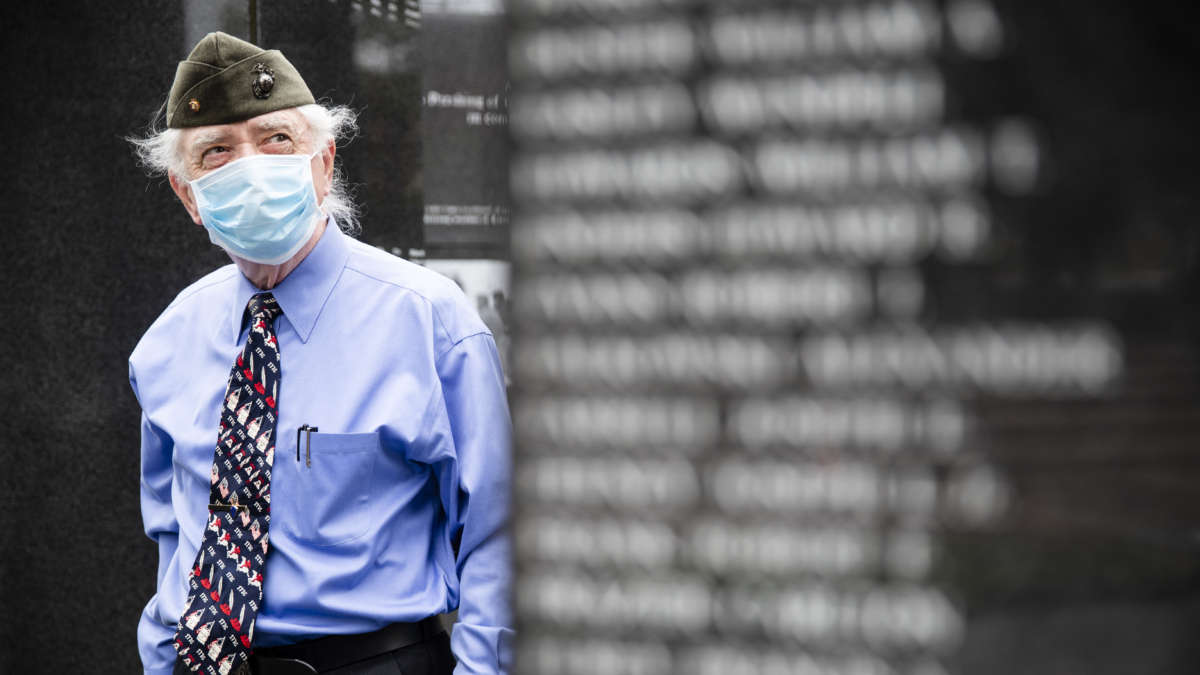 A U.S. Marine Corps veteran pays his respects at the Korean War Memorial behind a face mask in Philadelphia.
Image credit: Matt Rourke

Even in a typical year, Memorial Day in the U.S. can be a confusing mixture of joy and sadness — at once a hearty welcome to summertime, brimming with picnics and parties, and a somber remembrance of the service members who died in wars.

But this has been no typical year.

Into the holiday’s characteristic contrast of opposites the coronavirus pandemic has tossed a rather large wrench, which has only served to rend that divide wider. Even as some families flocked to the sand where beaches had opened, relieved to have an outlet after weeks under stay-at-home orders, many others stayed put or tried something new — including plenty of elderly veterans who would have made a trip to pay their respects to fallen friends, were it not for the virus.

“It’s something we’re upset about, but we understand,” Raymond Aalbue, chairman of the United Military Veterans of Kings County, told the Associated Press in New York City. “No reason to put anybody in harm’s way.”

Instead of parades, like the one Aalbue’s group plans every year, New York City’s veterans gathered in their cars for convoys or visited memorials in face masks, many to commemorate the 75th anniversary of the end of World War II.

Just a little farther west, on the beaches of Brooklyn and the rest of Long Island, access was closed to all but local residents — which wasn’t too much of a disappointment, given the soggy weather Monday along much of the East Coast. In fact, the limitations came as a relief to New York State Sen. Todd Kaminsky, who represents several beach communities on the south shore of Long Island.

Meanwhile, amid the confusion of sadness, frustration, relief and excitement, a grave milestone loomed across the country: The death toll linked to the coronavirus in the U.S. is nearing 100,000 — easily the highest toll of any country in the world, according to data compiled by Johns Hopkins University.

As states take steps toward reopening businesses and public spaces, those numbers have spiked again in various locations across the country, including North Carolina, Arkansas and Washington, D.C.

That offers a stark reminder.

“With the country starting to open up this holiday weekend, I again remind everyone that the coronavirus is not yet contained,” Dr. Stephen Hahn, head of the federal Food and Drug Administration, warned in a tweet posted Sunday. “It is up to every individual to protect themselves and their community. Social distancing, hand washing and wearing masks protect us all.”