Alzheimer’s Disease is Costly for Florida Families, and Experts Warn this Number will Only Double by 2050 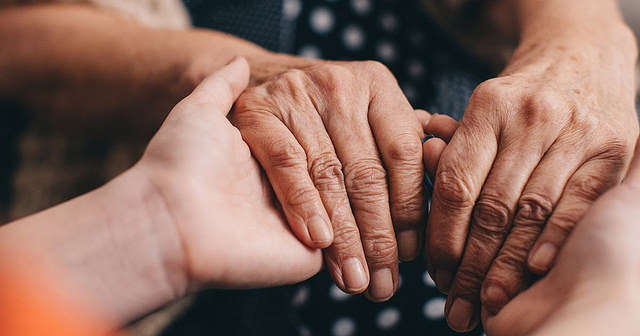 The Alzheimer’s Association estimates about 5.7 million Americans are living with the disease. That number will more than double by 2050, costing Americans more than 1 trillion dollars in care per year. But where to get the care? Nursing homes are expensive. In-home care is costly and complicated. Enter the adult daycare center.

Samuel Dibiase was diagnosed with Alzheimer’s disease a year and a half ago. When his wife and primary caregiver had a stroke, she struggled to look after him. Son-in-law David Carter says a nursing home wasn’t in the budget.

Recently he started taking Dibiase to the adult daycare in Titusville Florida run by the Brevard Alzheimer’s Foundation. Activities like “coffee and conversation” start as early as 7:30 in the morning in what looks like a giant classroom. Most people are picked up by 3 in the afternoon. It’s a more affordable option for long-term care and Carter has already noticed that getting his father-in-law out of the house for a few hours each day has improved his mood.

“Here he has friends that he talks to and he doesn’t always remember their names. But he does enjoy the hymns they sing.”

His mother-in-law, meanwhile has more time to take care of herself.

Russell Sell is the director of the adult daycare in Titusville. He also runs similar centers in Melbourne and Barefoot Bay. He says they work with about 100 people a day. Services are free for people enrolled in some Medicaid plans, but not for Medicare patients. So the daycare offers some low-income families assistance through a state-run program and private scholarships. On average, people end up paying about $63 a day out-of-pocket.

“It’s a huge cost savings and it allows families to stay at home and have peace of mind.”

Health economist Damian May, who works with the Alzheimer’s Association in Chicago but lives in Florida, says caregivers will pay about $10,000 a year on average for expenses that aren’t covered by their insurance plans.

“Things like prescription drugs to manage your Alzheimer’s disease. A patient may or may not have supplemental coverage that allows them to get the supplemental drugs.”

The U.S. Centers for Disease Control says there are about 4,600 adult daycare  centers in the United States and about 31 percent of these serve people diagnosed with Alzheimer’s or dementia.

If you’d like to listen to the full story, please click on the clip above. You can also listen to it on Marketplace Morning Report.