Administration Insiders Who Waved A Red Flag In The Ukraine Affair 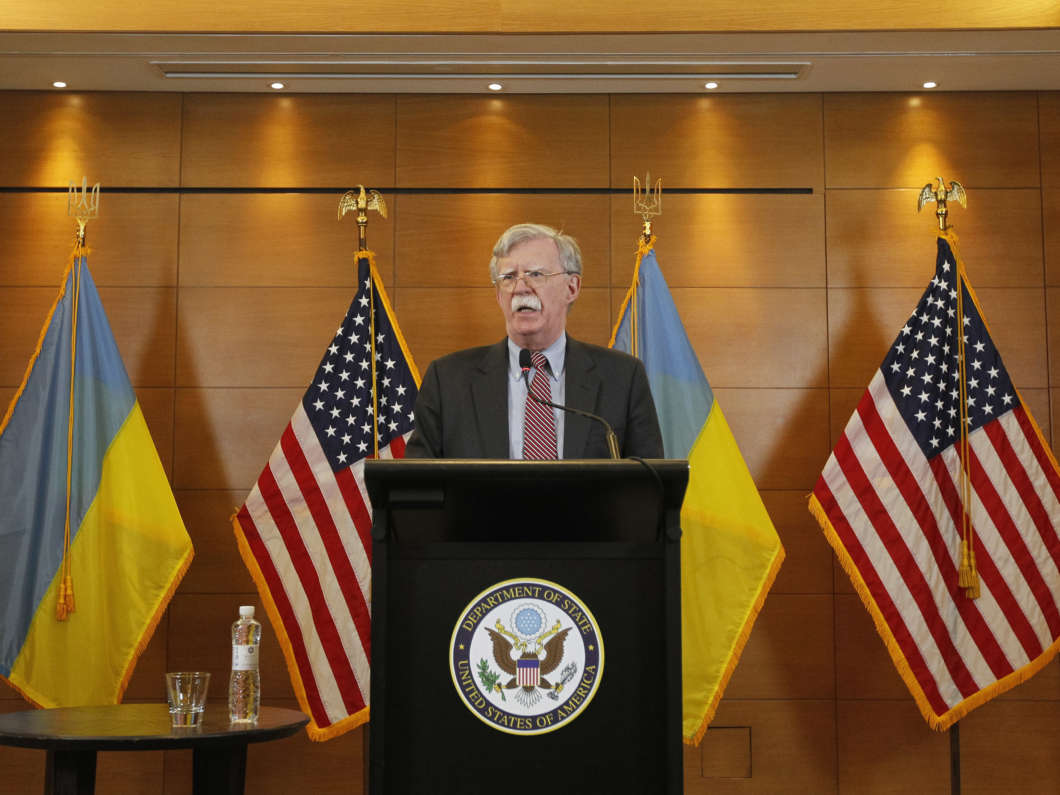 President Trump’s efforts to pressure the government of Ukraine didn’t sit well with some key members of his administration.

One of them, whose identity remains unverified, felt strongly enough to write down his concerns about the president’s actions in a whistleblower complaint to the intelligence community’s inspector general.

But he wasn’t the only one who spoke up.

Here’s what you need to know about some of the government officials known to have raised red flags about Trump’s strategy for Ukraine. Most of the activity remained confidential, but Democrats’ impeachment inquiry has since brought some of it into the open.

Much of the testimony about the Ukraine affair remains sealed, but some accounts have emerged in the form of written opening statements and in characterizations by those who heard it.

Some of the officials who’ve been described as most uncomfortable with Trump’s actions were those closest to it at the policymaking level.

Then-National Security Adviser John Bolton, a lifelong Russia hawk, was described as objecting to Trump’s policy on its merits: Holding up military assistance for Ukraine to help it resist Russian military activity was antithetical to Bolton’s worldview.

Bolton, like many other national security and foreign policy professionals in the Trump administration, is also said to have objected that Trump deputized his personal lawyer Rudy Giuliani to handle the Ukraine portfolio in parallel with official channels.

Giuliani was “a hand grenade who is going to blow everybody up,” Bolton was described as warning, according to accounts of testimony by Fiona Hill, a Bolton deputy, before House investigators. Bolton also was said to have compared the Ukraine situation to a “drug deal.”

That caution proved prescient as the Ukraine affair escalated quickly — in Washington terms — from a kerfuffle about foreign policy into the basis for Democrats’ impeachment inquiry.

More than one witness has been described as telling House investigators that Bolton encouraged them to report their concerns about the Ukraine policy to their various superiors, either within the National Security Council or within the State Department.

What remains unclear is how strongly Bolton registered his own objections, if that’s what they were, with his own supervisor: Trump. Investigators likely will press Bolton about this and more if he appears for a closed-door deposition before the impeachment committees this week.

Fiona Hill was a top Russia specialist on the National Security Council who has been described as dubious about the plan to pressure Ukraine to undertake investigations that might help Trump politically.

Hill also has been described as telling House investigators that Bolton encouraged her to report her concerns within the National Security Council, including the departures from protocol embodied in Giuliani’s involvement with the parallel channel to Kyiv.

House investigators have scheduled a deposition on Monday with White House lawyer John Eisenberg, whom Hill is believed to have approached.

Other White House officials also have been invited to give depositions, but it isn’t clear whether they or Eisenberg will appear, given the Trump administration’s rejection of the impeachment inquiry.

Eisenberg also reportedly has been described as working to limit access to accounts of the July 25 phone call between Trump and Ukrainian President Volodymyr Zelenskiy — a call in which Trump asked Zelenskiy to launch investigations that might help his 2020 campaign as a “favor.”

Army Lt. Col. Alexander Vindman is the top Ukraine specialist on the National Security Council. He listened to the July 25 call and is said to have told House investigators that he raised concerns about it immediately.

Vindman is understood to have approached Eisenberg and, according to his opening statement to House investigators, said he believed Trump’s request of Zelenskiy not only was wrong but contravened U.S. strategic interests.

Since 2014, when Russia invaded Ukraine, the United States has been providing assistance to Kyiv to help it against Russian and Russian-backed forces inside its borders.

The Ukraine affair centers on the efforts to condition the next tranche of that aid on Zelenskiy’s willingness to accommodate Trump. The White House ordered that nearly $400 million in assistance be frozen in the summer and ultimately restored it in September.

Although Trump and other White House officials have acknowledged that they expected concessions from Ukraine, they’ve also said that nothing about this arrangement was improper and specifically that there was no “quid pro quo” of engagement or aid for political assistance.

Vindman is said to have documented his objections and pushed within the administration for Trump to reverse his pressure strategy. He also reportedly told members of Congress that he sought to restore key terms to the White House account of Trump’s call with Zelenskiy.

That account has been an important element in the Ukraine affair. Two top diplomats — Gordon Sondland and William Taylor — said they received accounts of the call that either didn’t mention the political requests or otherwise omitted problematic aspects of the conversation.

Once a senior adviser to Secretary of State Mike Pompeo, diplomat Michael McKinley resigned out of frustration with the Ukraine affair.

McKinley is believed to have objected to the scourging of the former U.S. ambassador to Ukraine, Marie Yovanovitch, who may have been recalled because she would not go along with Giuliani’s parallel channel of pressure on Kyiv.

McKinley is said to have told members of Congress that he sought a public defense of Yovanovitch — but State Department officials wouldn’t go along. More broadly, he reportedly said, McKinley worried about what he called the use of diplomats to “advance a domestic political objective.”

William Taylor is the interim boss of the U.S. diplomatic mission in the Ukrainian capital, Kyiv.

He told members of Congress that Sondland, the U.S. ambassador to the European Union, revealed to him that Trump wanted Zelenskiy trapped “in a public box” — committing to investigations that Trump wanted — in order to secure U.S. military assistance for Ukraine and a coveted Oval Office meeting.

Taylor told investigators that he supports a strong U.S. relationship with Ukraine and that he opposed the pressure policy. When Bolton visited Kyiv in August, Taylor said, he voiced his concerns about the Giuliani back channel and the principle of leaning on Zelenskiy.

Bolton encouraged him to record his objections on the record in a cable to Pompeo, Taylor said — which he then did.

The Ukraine affair has been unusual in the context of Washington scandals, in part because so many facts about it have emerged so quickly — and remain largely uncontested by Trump.

Although the president and his supporters have slammed what they call Democrats’ “sham” impeachment inquiry for being unfair, they also have defended the merits of the underlying conduct at issue.

Trump continues to insist that his call with Zelenskiy was “absolutely perfect,” and he and others have said it’s legitimate for the United States to expect guarantees about “corruption” before extending hundreds of millions of dollars in assistance.

There also have been witnesses from inside the administration who are described as having verified some facts about the story without objecting to them. Timothy Morrison, the Russia specialist who replaced Hill on the National Security Council, was described as having been willing to verify the recollections of other witnesses.

But Morrison, according to accounts of his testimony, evidently did not belong to those who viewed Trump’s actions as illegal or improper. Although they complicated the Western posture against Russia, Morrison is said to have believed the president was within his rights.

Sondland’s situation appears to be among the most complicated. Although Taylor quoted Sondland to House investigators as having attributed the Ukraine pressure policy directly to the president, Sondland said that for his part, he didn’t piece the picture together until later.

Moreover, Sondland said, with the perspective he had by the time of his deposition in October, he reached the point at which he opposed Trump’s actions, or the principle of any president inviting a foreign government to interfere in an election.

House investigators have more depositions scheduled, and then they plan to open public hearings to discuss their findings. The remainder of the process could reveal more about whether anyone else inside the government spoke about what they were observing before the impeachment inquiry — or whether they will now, to Congress.