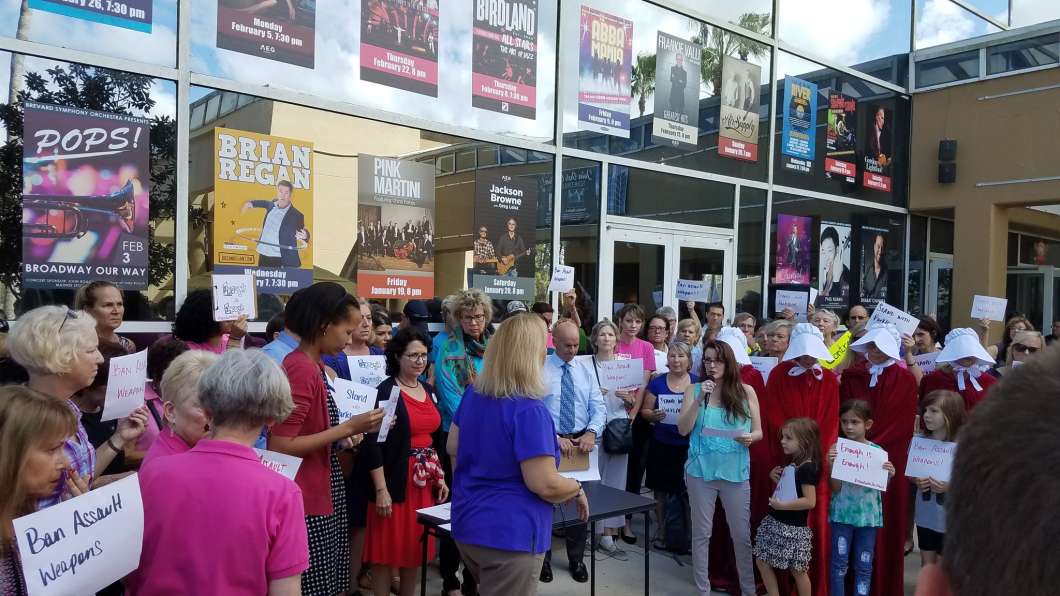 The League of Women Voters is calling on state leaders to ban assault weapons. Activists called on state leaders outside the Constitutional Revision Commission meeting in Melbourne to take action on gun regulations.

The commission meets every 20 years to decide what constitutional amendments should be decided by ballot initiative. Speaking before the second public hearing, the League of Women Voters President Pamela Goodman said she hopes leaders in either the state legislature or commission will take action. “The sole purpose of this is to engage this commission to help enable this by means they have or to help push our legislature.”

She says there’s time to move an assault weapons ban in the two weeks left of the legislative session. “They could make this happen this week if they wanted to, so no, we don’t have to wait until next year. We certainly can’t wait on our federal government. We can make it happen now in the state of Florida.”

During public hearing, Goodman asked the CRC to put the measure on the ballot. Chairman Carlos Beruff  says an assault weapons ban isn’t one of the proposals the commission is taking up.

Seventeen died in the shooting last at Stoneman Douglas High School in Parkland. Survivors are travelling to Tallahassee and Washington, D.C. to push for tighter gun laws.