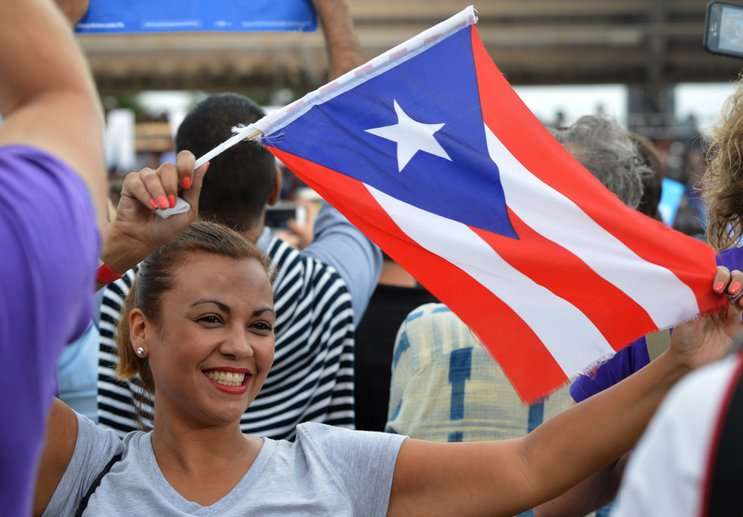 Glorimarie Rodríguez knows staying behind in Puerto Rico’s darkness would have meant certain death for her 2-year-old son.

In the week before Hurricane Maria hit the island, Matthew González was in the hospital with a bleeding ulcer and complications related to his disorder that required surgeries. After the storm, most of the island lost electricity and access to running water, including hospitals. Rodríguez knew Matthew needed the care of specialists immediately, and the chances of finding that during a humanitarian crisis were slim.

So like thousands of others fleeing deteriorating conditions, Rodríguez and her toddler boarded a plane to Orlando. Unlike many who have made their way to Florida and remained uninsured, Rodríguez says she was able to get Medicaid for Matthew approved immediately because of his condition. Two months later, she has a job, but is struggling to find an affordable place to live for herself and her kids.

Local health care providers say hundreds of Puerto Rican evacuees, especially those on dialysis or who depend on insulin for their diabetes, have shown up at Orlando clinics seeking assistance.

Marni Stahlman, president and CEO of Shepherd’s Hope, says the organization’s charitable medical clinics for the uninsured have seen an increase of 300 patients who registered as evacuees, and that number keeps growing. Some Puerto Rican evacuees who had Medicaid on the island may not qualify. Gov. Rick Scott chose not to expand the program in the state, which means Florida’s eligibility requirements are stricter.

The problem for evacuees in Central Florida now isn’t finding care – it’s finding the money to pay for it.