A Tale Of Two Efforts To Improve Confidence In U.S. Elections 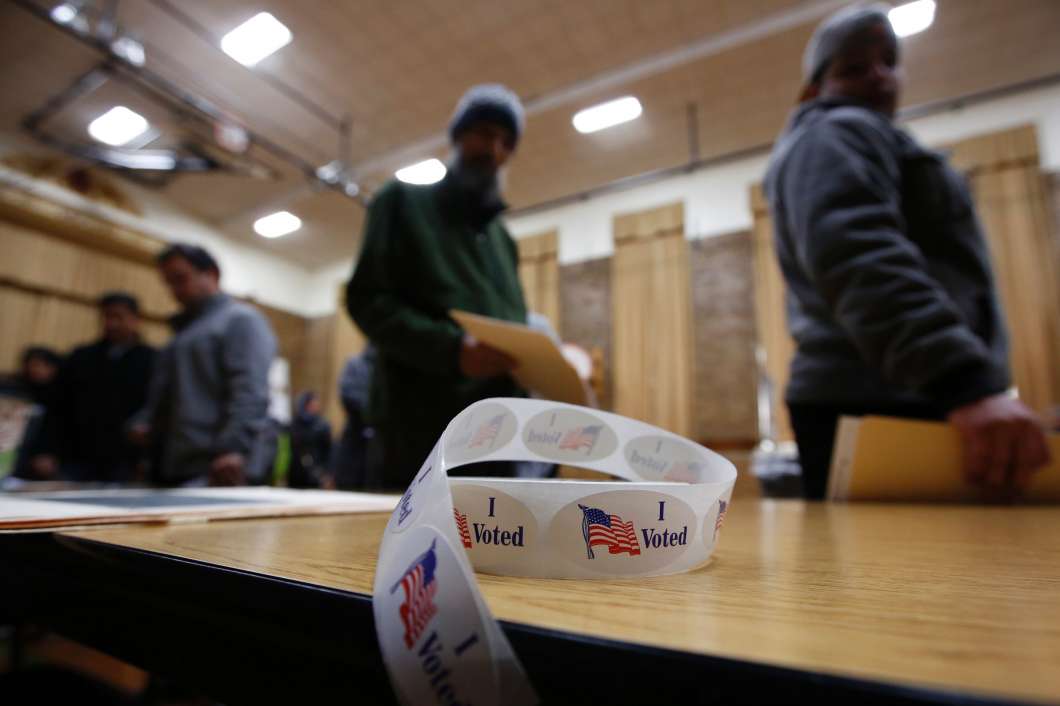 A roll of "I Voted" stickers sits on a table at an elementary school during the U.S. presidential election on November 8, 2016 in Dearborn, Mich.
Image credit: Jeff Kowalsky

Efforts to boost public confidence in U.S. elections are proceeding on two parallel tracks right now. One is moving slowly, but steadily. The other is hardly moving at all.

Most of the attention has gone to a commission set up by President Trump to look into allegations of voter fraud and other electoral problems. The panel — called the Presidential Advisory Commission on Election Integrity — has been mired in controversy ever since it was formed earlier this year. Its work now appears stalled amid internal divisions and outside legal challenges.

But as that panel limps along, several other efforts to address threats to U.S voting are making progress.

This month, the federal government and state and local election officials met in Atlanta to start the process of sharing more information about potential threats and pooling security resources.

The move was in response to intelligence findings that Russia probed or tried to hack into numerous state election systems last year, and that it also waged a widespread disinformation campaign online.

“They did it first of all to mess with our heads,” former CIA and NSA director, Gen. Michael Hayden, told a committee of the National Academies of Science, Engineering and Medicine last week. He called the Russian effort to sow discord during last year’s U.S. election “really quite an impressive, impressive operation.”

Hayden attributed the meddling campaign to Russian President Vladimir Putin’s desire to elevate his nation’s standing by discrediting Western democratic institutions. “He wants to bring us down in the eyes of ourselves and of his people,” he said.

In response to the threat, the federal government earlier this year declared elections to be part of the nation’s “critical infrastructure.”

Bob Kolasky, an official with the U.S. Department of Homeland Security who helped organize the meeting with state and local officials, said one of the most important things they did was to address how to share information when intelligence officials see a potential threat.

“We’ve asked all 50 states, their senior election officials, to map out how they would like us to communicate if we have a particular piece of information relevant to their election, ” he said, adding that there’s clearly no “one way” to do it.

Many state officials were upset that they only learned last month which of the 21 states’ election systems were targeted by Russian hackers in 2016. Election officials say they need that information right away so they can take steps to avoid potential attacks.

Kolasky said they plan to set up a similar coordinating council by the end of the year to share information with representatives of companies that manufacture and sell election equipment. At least one vendor, which provides voter registration systems in several states, was targeted last year as part of a Russian e-mail phishing attack. Many cyber security experts think hackers could use vendors as an entree into state and local voting systems.

Kolasky made his remarks to the National Academies committee, which is looking at vulnerabilities in voting technology and expects to issue a report next year with recommendations on how to tighten security.

It’s one of several such efforts. Harvard University’s Belfer Center has also launched a project called ‘”Defending Digital Democracy.” It held a tabletop exercise last month with election officials that simulated an Election Day attack. The group plans to issue a “playbook” to help election administrators and others respond to such threats. A coalition that includes the Center for Internet Security and the Atlantic Council is working on a similar handbook of election cybersecurity “best practices.”

Also last month, the U.S. Election Assistance Commission, along with the National Institute of Standards and Technology, announced an overhaul of voluntary guidelines to be used by states when purchasing new voting equipment. The goal is to improve security and reliability of the equipment.

All these efforts are aimed at fighting a threat that intelligence officials warn is very much alive. They say Russia and other parties, possibly North Korea or criminal interests, were likely emboldened by the disruptions caused in last year’s elections. Although there’s no evidence any votes were changed, Russian hackers were able to break into Illinois’ voter registration system and gain access to an Arizona election worker’s computer password and ID credentials.

Among the biggest concerns going forward is that hackers will try to tamper with future elections by either changing votes or, more likely, sowing chaos by hacking into voter registration lists or election night reporting systems. If nothing else, last year’s activities have unsettled the election community and raise public doubts about the integrity of the election process.

Election hacking ‘not a high priority’ for White House

Hayden said he was worried that the full story of what happened last year won’t be known “because within the executive branch at the political level getting to this narrative is not a high priority.”

He noted that as recently as a few weeks ago, Trump referred to Russian interference in the elections as a “hoax.” “He thinks it’s about him,” said Hayden, adding that it’s really “about us.”

Trump has been dismissive of intelligence findings that Russia probed or tried to hack into election systems last year. The President has said that Democrats want to blame their electoral losses on Russia instead of admitting they had a bad candidate.

He’s focused much more attention on the possibility that some people voted fraudulently. The President appointed his commission after claiming, without providing any evidence, that between three and five million people cast illegal votes last year.

“If we want to make America great again, we have to protect the integrity of the vote and our voters,” he said at the commission’s first meeting in July.

The panel has requested detailed voter information from all states with the intention of determining whether people are registered or voted illegally. Most states have only provided partial information because of privacy concerns.

Few election officials believe that the president’s claims of widespread fraud have any credibility. Some have questioned whether the commission’s real goal is to impose tighter restrictions on voters such as proof-of-citizenship requirements.

The 12-member panel held its last meeting in September. Some Democratic members have complained that they’ve been kept in the dark ever since about what the commission is up to and when it will meet again.