A Republican And Democrat Have Come Together To #FreeBritney 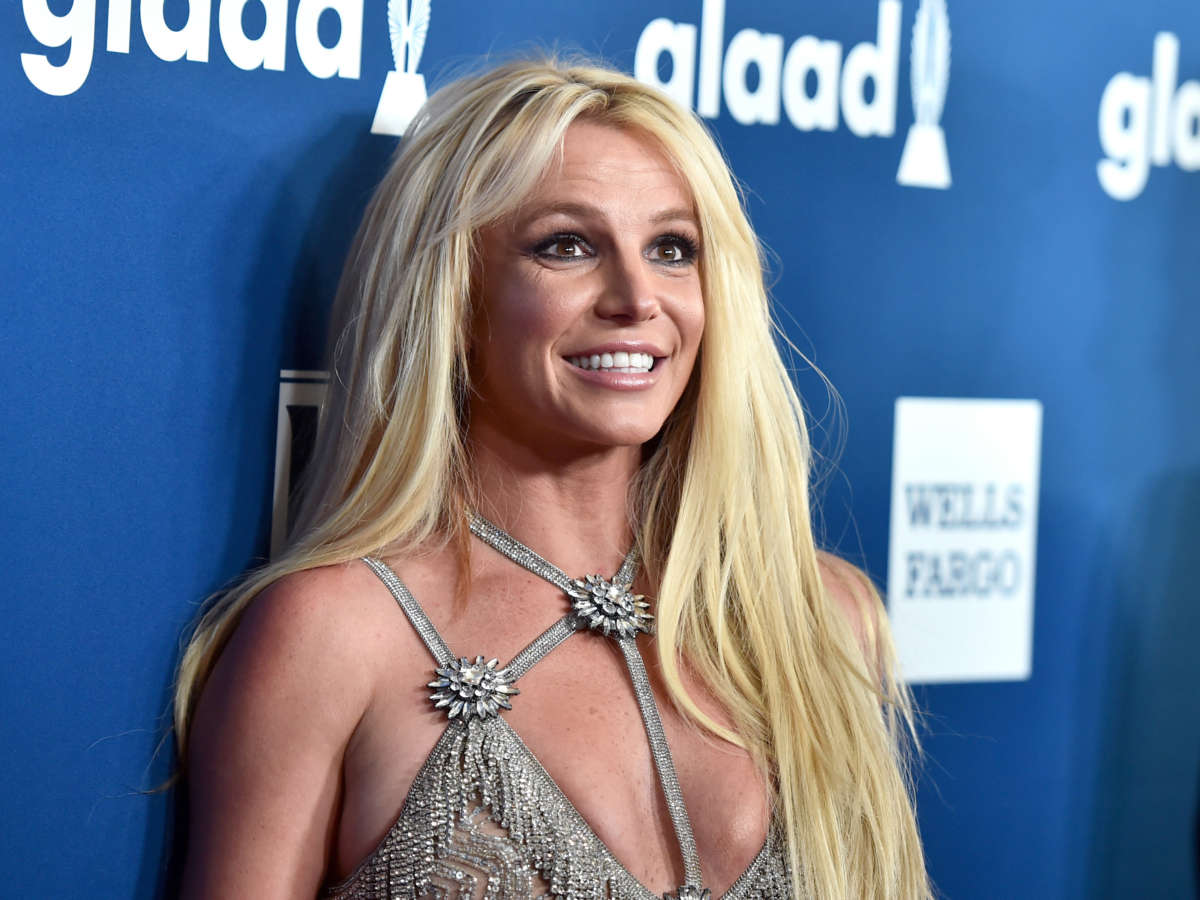 Britney Spears, seen here at an awards event in April 2018, has renewed the debate over conservatorships, with lawmakers on both sides of the aisle expressing support for the pop star.
Image credit: Alberto E. Rodriguez

While partisan gridlock has become a staple in Washington, D.C., there is an issue uniting lawmakers on both sides of the aisle: pop star Britney Spears’ legal battle against her conservatorship.

On Tuesday, Reps. Charlie Crist, D-Fla., and Nancy Mace, R-S.C., introduced legislation on the topic to give further protections to people under guardianship and conservatorship.

“Conservatorships undoubtedly protect countless vulnerable Americans from abuse, but the case of Britney Spears reveals a darker side to a system meant to protect people,” Mace said in a statement.

Spears’ conservatorship arrangement dates back to 2008 following her mental health crises and has enabled her father, Jamie Spears, to exert control over her personal decisions as well as her estimated $60 million fortune.

A conservatorship, also known as a guardianship, is a legal mechanism set up for people who the court deems unable to manage their affairs.

“Many people describe being under guardianship like a civil death — you cease to exist as a legal person, and somebody else is able to make decisions for you,” said Prianka Nair, the co-director of the Disability and Civil Rights Clinic at Brooklyn Law School.

In a leaked audio recording of her call in June to a Los Angeles Superior Court, Spears alleged she has been exploited, bullied and abused during the 13-year conservatorship.

“The people who did that to me should not be able to walk away so easily,” Spears said.

In February, The New York Times released Framing Britney Spears, a documentary that highlighted Spears’ career, tabloid exploitation and mental health struggles that led to the conservatorship. The documentary renewed calls to “Free Britney,” with fans arguing Spears’ continued work — releasing albums, performing and judging The X Factor — prove her ability to manage her own personal and professional affairs.

The film also prompted lawmakers from across the ideological spectrum to issue support for the star.

Cruz has expressed support for Spears, saying he’s “squarely and unequivocally in the camp of Free Britney.”

“I think this is freaking ridiculous what is happening to Britney Spears, and it needs to end,” he said on his podcast Verdict with Ted Cruz.

Democratic Sens. Warren and Bob Casey of Pennsylvania sent a letter earlier this month to Attorney General Merrick Garland and Health and Human Services Secretary Xavier Becerra, asking for the data on conservatorships and guardianship arrangements.

“Ms. Spears’ case has shined a light on longstanding concerns from advocates who have underscored the potential for financial and civil rights abuses of individuals placed under guardianship or conservatorship, typically older Americans and Americans with intellectual, developmental, and mental health disabilities,” the letter reads. “Despite these concerns, comprehensive data regarding guardianship (referred to as conservatorship in some states) in the United States are substantially lacking — hindering policymakers and advocates’ efforts to understand gaps and abuses in the system and find ways to address them.”

Casey told NPR that obtaining the data is a crucial first step.

“I don’t think we’ll have a full sense of the actions the federal government should take until we have the data,” he said. “Like any area of public policy, your decision in most instances will only be as good as your data.”

“In recent years, there has been growing public concern about the use of conservatorships to effectively deprive individuals of personal freedoms at the behest of others through the manipulation of the courts,” the letter read, later noting the “most striking example” of such abuse is Spears.

Gaetz, who is under investigation over possible sexual misconduct, has been one of Spears’ most vocal defenders on Capitol Hill, likening the grip conservatorships can exert on someone’s life to “slavery” in a June interview with OAN.

In a recent House Judiciary Committee markup, Gaetz reiterated his call to hold a hearing on conservatorship and that the “very first witness … should be Britney Spears.”

Despite support for Spears on both sides of the aisle, preliminary actions from lawmakers don’t indicate an eagerness to work together on the issue.

Gaetz, along with three other House Republicans, sent a letter to Spears on June 30, inviting her to testify before Congress. No Democrats were listed.

Casey said he’s “interested in working with anyone on this,” noting the best chance for legislative success is a process with bipartisan and bicameral support.

The Pennsylvania Democrat noted there is already a bipartisan precedent for the issue, citing a 2019 effort with Republican Sen. Susan Collins of Maine to introduce the Guardianship Accountability Act, which would open more funding to state courts to improve their oversight of guardianship systems and create a national online resource center to distribute data and resources.

It’s unclear what broader support there will be for Crist and Mace’s bipartisan legislation. That bill gives people under guardianship and conservatorship the right to petition to replace a private guardian with a public one and guarantees they get an independent caseworker to monitor for signs of abuse or neglect.

Another aspect of Spears’ testimony that elicited strong reaction from lawmakers was her allegation that she’s prevented by her conservatorship from removing her IUD, a birth control device, in order to have a baby.

“It’s insane you can force a woman to basically sterilize herself under the guise of protection,” Mace tweeted last month.

The No. 4 House Democrat, Rep. Katherine Clark, agreed, tweeting: “Everyone deserves control over their own body. Period.”

Brooklyn Law School’s Nair told NPR that Spears’ claim that she’s not able to remove her IUD is “unfortunately not surprising,” noting that many of her clients at the Disability and Civil Rights Clinic find themselves in the position where their guardians are making health care decisions that they do not agree with.

“A guardian can really exercise so much control over your life that you are unable to make those very intimate decisions about yourself,” she said.

“Britney Spears is the tip of the iceberg”

Despite broad, bipartisan support on Capitol Hill for Spears, it remains to be seen how Congress will tackle the issue of conservatorships. The path forward isn’t clear-cut, given that conservatorships are mostly controlled by the states, not the federal government. Plus, lawmakers are under pressure to pass President Biden’s major legislative priorities like infrastructure.

Nair says there’s still plenty for Congress to do on conservatorships, starting with improving “poor and piecemeal” data tracking.

“Things that could be done are offering states incentives and technical assistance with actually developing electronic filing and reporting systems to collect basic information about guardianship, including the nature of the guardianship, the nature of the disability, the age of the individual,” Nair described, noting that the lack of a centralized data collection system makes it difficult to assess the scope of conservatorships and the frequency with which they are removed.

Nair also points to various scholars who argue guardianships violate federal laws like the Americans with Disabilities Act, which could open the door for broader federal involvement. She said the Department of Justice could issue guidance to states about their legal obligations to the ADA to “ensure that guardianship is a last resort that’s only imposed after less restrictive alternatives are found to be inappropriate.”

Nair said Congress could also urge the Department of Health and Human Services to federally fund community health advocate programs designed to support those who require assistance in making decisions.

“Britney Spears is the tip of the iceberg,” she said.

“This affects people who don’t have [her] platform and don’t have that profile and have intellectual and developmental disabilities or significant psychiatric disabilities. I hope that what will happen is a recognition that all of these individuals are complex individuals who have varying abilities to make decisions for themselves and require support to make those decisions rather than just substitute someone to have make those decisions for them.”