A Posthumous Album Captures The Humor — And Heartache — Of Sam Mehran 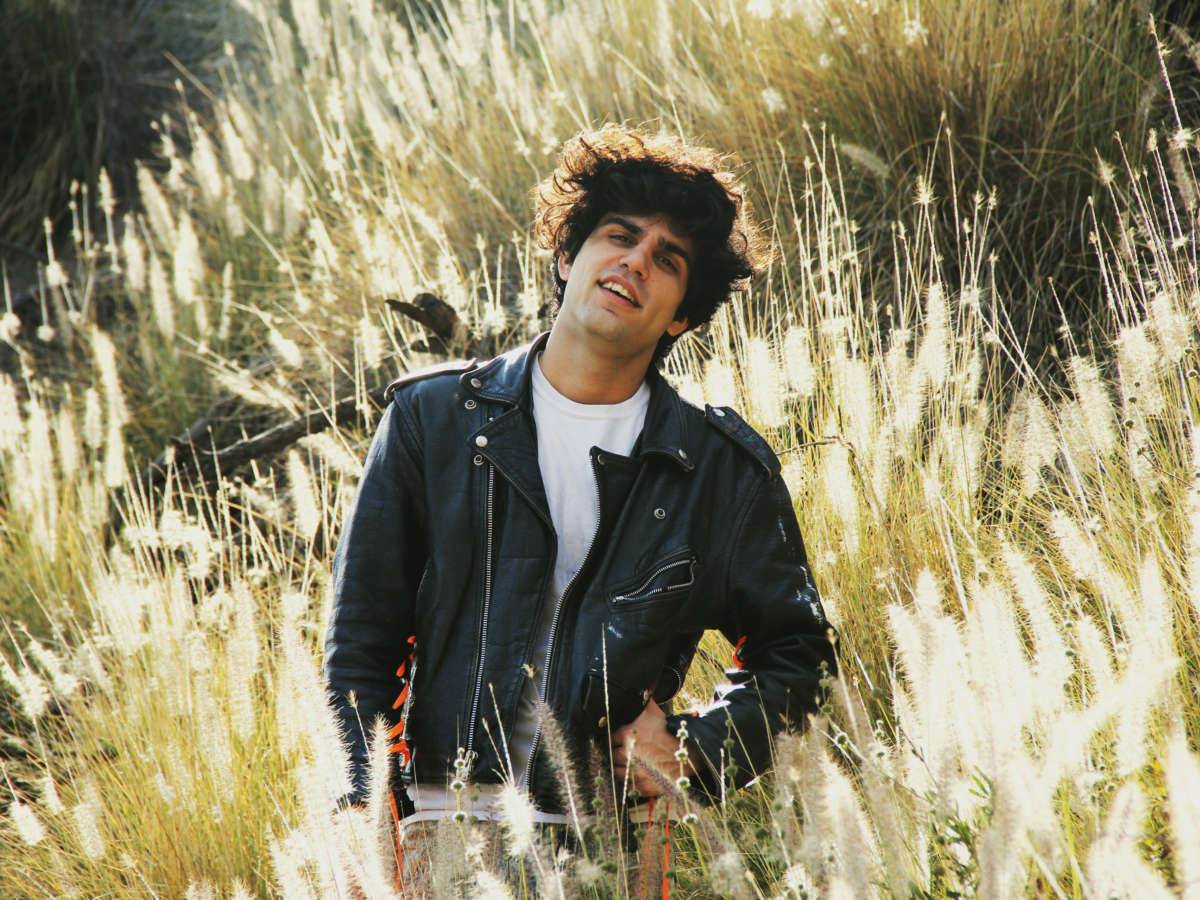 On first listen, Cold Brew feels fast-paced, irreverent and untamed — much like its maker. Across the 17 short, instrumental songs on the album, the sense of humor that someone who named the band “Test Icicles” (yes, the adolescence-flavored innuendo is intended) might have possessed becomes apparent. Yet, the multi-layered melodies carry an earnest depth.

Underground musician Sam Mehran died by suicide on July 28, 2018. But exactly three years to the date of his death, his friends and his father have released Cold Brew, a posthumous album containing parts of the project Mehran was working on before he died, and the first album under his own name. It’s a work that showcases the non-conformist personality of someone with an innate joy of making music.

Mehran’s father, Abbas Mehran, says his first memory of his son’s fixation on music came when he was around 3 or 4 years old. Mehran would spring out of bed at the sound of his sister, Marsha, practicing the piano. He was particularly taken with “Für Elise” by Beethoven, and several days later when his family went out to get ice cream, he heard a familiar tune drifting from the ice cream truck. “The truck was playing [“Für Elise”] and Sam said suddenly, ‘”Dad! Mom! Beethoven is selling ice cream,’ ” his father recalls.

“This was funny.” Abbas smiles as he recounts stories of his late son’s penchant for music, remarking just “how intelligent he was.”

Abbas is no stranger to grief. His daughter, Marsha, died unexpectedly just a few years before Mehran, and this second loss drove him to see his son’s work completed. He made the decision to send Mehran’s hard drive to his collaborators and friends in Los Angeles. Katie Wagner and Nick Weiss had discussed a new record with him, but neither had heard more than a few excerpts.

“In the year before Sam passed, he mentioned this body of work to me multiple times, actually. He was talking about a record of instrumental music that he was making, that he was super excited about it,” Weiss says. He also remembers Mehran telling him that creating a purely instrumental, punk album was freeing, that he felt less self-critical than usual in the process of making the record.

Once Mehran’s record label, Domino, agreed to put out the album, Weiss and Wagner began excavating the thousands of files on his computer. Wagner says that in the month before Mehran’s death, he shared two tracks of the album with her.

“The one I asked him to play twice, I think, was ‘Loungy.’ I just thought it was like nothing I’d ever heard,” she says. “It was so Sam to just forge his own genre, really.”

Abbas says that his son’s independent spirit was apparent from a young age. Mehran’s parents enrolled him in music lessons, only for him to skip out on classes. One of his teachers told Abbas that his son would never make it as a musician because of his lack of discipline.

But Mehran was deeply committed to music — just on his own terms. His father says he would often find Mehran practicing in the back of a local church with his friends and bandmates late into the evening.

“He was creative. He knew himself. He could [en]vision himself as a musician,” Abbas says. “So that’s why he refused the school’s structured music.”

By the time he was 17, Sam Mehran had lived in Florida, Australia, New York and London. There, he started the band Test Icicles with Rory Attwell and Devonté Hynes. Test Icicles quickly gained popularity in the UK’s indie scene with its diverse, punk sound that ranged from thrash metal to hip-hop. But in less than two years, after the release of the album For Screening Purposes Only, the band split up. As Sam told The Metro newspaper: “We didn’t really expect the band to stick for more than two weeks. Hence the joke name, hence the joke everything.”

That “joke-everything” attitude is a familiar sentiment to those who knew and loved Mehran. “Everything about this planet and this world was kind of funny to him,” Weiss says.

After his late-teenage years with Test Icicles, Mehran became immersed in the underground scene in America, where he spent the rest of his life making a wide array of experimental music under a series of aliases: Flashback Repository, Wingdings, Matrix Metals, Outer Limits Recordings — to name a few. But the humorous sensibility remained with him over the years. Weiss remembers spending hours in a studio with Mehran, laughing to internet “shred” videos.

“If you hung out with Sam and if you had a studio session planned,” Weiss says, “you would have to know that maybe several hours of that session would be spent trolling YouTube videos of like classic, hilarious shreds videos, those videos where they take iconic performances and overdub them with people playing terribly.” He says Mehran loved to play along.

“He would just be kind of laughing and giggling and just start playing these riffs and at first make it seem like a joke,” Weiss says. “But then once he started playing, every time, it was kind of just beautiful and perfect”. There’s a song titled “Shred” on the album that demonstrates what he calls one of Mehran’s “golden gifts” of highly skilled guitar-playing, but perhaps also reflects Mehran’s thoughts about mainstream pop and internet culture.

“He was obsessed with ways in which mainstream pop culture could be so clownish and campy and hilarious,” Weiss says. “I think a big part of him, to me at least, was … in a punk way, being able to see how everything in this society is kind of ridiculous.”

Wagner agrees that Mehran’s humor was central to his personality and art. She shared a home video Mehran and his friends had compiled that includes a silent comedy performance by Mehran in the style of Buster Keaton. “Even when he was struggling, he always found it in him to just be a complete goof,” she says.

While Abbas Mehran remembers his son by his distinct laughter and zest for life, he also says Mehran suffered from depression. “Creativity is not easy,” he says. Mehran’s loved ones remember him as a tangle of beautiful contradictions: as a rock star without an ego; as an “alien” who had a way of connecting with anyone he came across; as both confident and insecure; as funny and cynical, yet dark.

Wagner says it was important to them to capture the fullness and complexity of Mehran when finishing Cold Brew.

“Nick, Abbas and I and the label,” she says, “we just did everything in our power to make sure that every aspect of the album was true to who Sam was to the best of our ability.” That included Mehran’s skill at mixing his own music, which Weiss says he couldn’t hope to match. In the end, they left the album as untouched as possible, and chose the tracks that felt most finished.

Cold Brew captures Mehran’s raw guitar-playing talent, a keen ear for production, an eclectic stylistic ability, and ultimately, it manages to feel whole even though its creator died before it was complete. His friends and family say that Cold Brew is a way for Mehran to speak for himself, even if he is physically gone.

“Sam, look, this is the album that you wanted to create, to introduce, to give it to people,” his father says. Now, Abbas and his son’s friends are sharing Cold Brew not just for his fans, but as one last gift to Mehran himself. “I am giving it to you. I am giving it on behalf of you.”