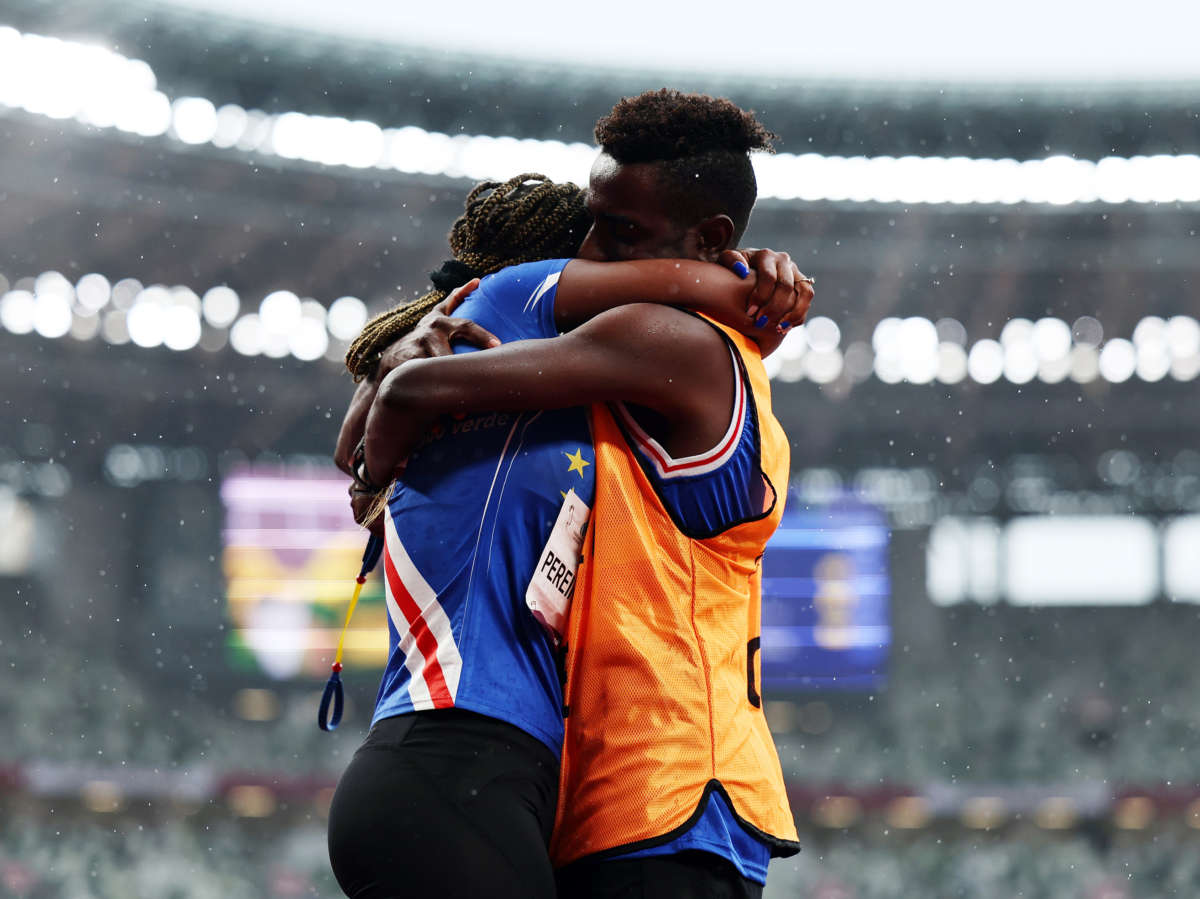 Sprinter Keula Nidreia Pereira Semedo won’t be leaving the Paralympics with a medal. But she will be coming home with a fiancé, after a surprise track-side proposal from her running partner, Manuel Antonio Vaz da Veiga.

Some runners who are visually impaired race alongside a sighted guide, tethered together by a piece of rope around their wrists. Pereira Semedo and Vaz da Veiga, both of Cape Town, were evidently close both on and off the track: She cites him as her influence in her official Paralympics profile.

Pereira Semedo finished fourth in the women’s 200 meter T11 qualifying heat on Wednesday. While she won’t be advancing to the semifinals, she and Vaz da Veiga stole the stage — and many hearts — in the moments after her race.

After the heat, Vaz da Veiga can be seen on video briefly leaving the track and returning with some other runners and guides. The six athletes stand with their arms around each other as Vaz da Veiga takes Pereira Semedo’s hand and gets down on knee (here it is in GIF form).

A visibly overjoyed Pereira Semedo smiles as Vaz da Veiga places a ring on her finger, before they wrap each other in a tight hug.

“May the two of them run together for life!” tweeted the official Paralympic Games account.

Theirs isn’t the only engagement to come out of the the Tokyo games. During the Olympics, Argentine fencer María Belén Pérez Maurice accepted a proposal from her coach and life partner in the middle of a post-match interview.