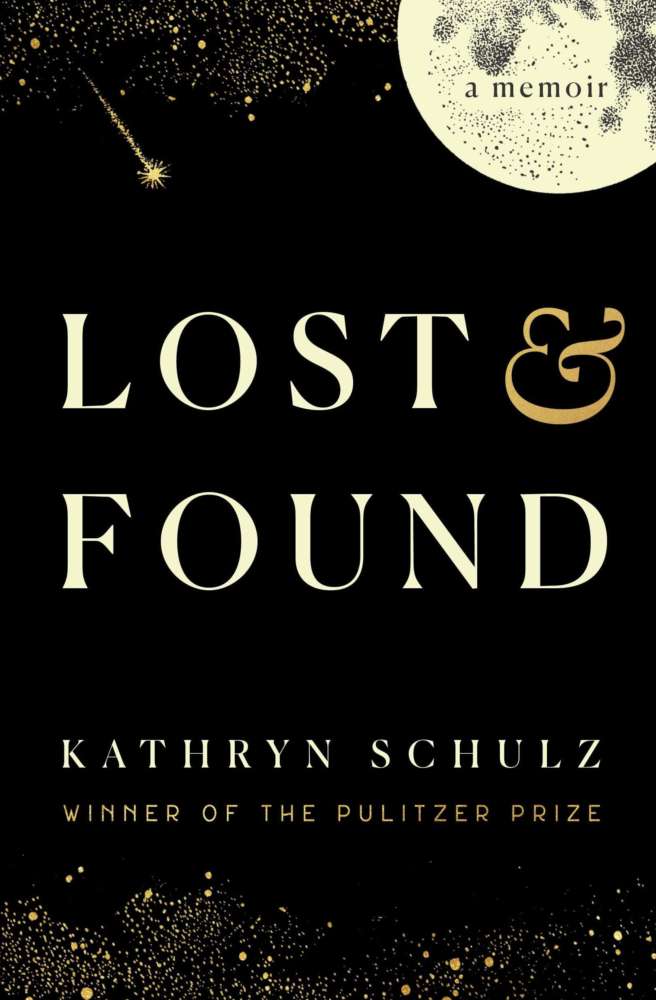 The grief story and love story that form the backbone of New Yorker staff writer Kathryn Schulz’s memoir Lost & Found are, in themselves, not extraordinary.

We begin with the death of her father Isaac in September 2016 — “not a tragedy,” as he died after a long history of illness, “peacefully, at seventy-four.” Schulz was in her 40s when her father died, a very average time at which to experience such a loss. As the memoir progresses, she writes of meeting and falling in love with the woman she would marry — the writer Casey Cep (here called “C.”) — 18 months before her father’s death. That they met was not unusual; they had been introduced by a mutual friend and both wrote for the same magazine. Nor is it odd that Schulz experienced both grief and love at the same time (more on that later).

But Lost & Found is as much a philosophical reckoning with the experiences of losing and finding as it is a record of Schulz’s personal grief and love stories. It is that philosophical turning over of loss and discovery that makes this memoir extraordinary, for it unlocks existential meaning out of the utterly mundane facts of human life.

Schulz structures her exploration in three movements titled “Lost,” “Found,” and “And,” which are anchored respectively in losing her father, finding love, and joining lives with C. in marriage. From the very beginning, though, we quickly move past the particulars of what happened to Schulz, and into an exploding outward of what it means to lose, to find, to connect and continue. On the second page, Schulz is already plumbing the etymology of loss, considering why we turn to it to describe the death of a loved one:

“The verb ‘to lose’ has its taproot sunk in sorrow; it is related to the ‘lorn’ in ‘forlorn.’ It comes from an Old English word meaning to perish, which comes from an even older word meaning to separate or cut apart…The circle of what we can lose…began with our own lives and each other and has been steadily expanding ever since.”

That Schulz can make a visit to the Oxford English Dictionary this compelling — surprising yet apt — is a testament to her capabilities as a prose stylist.

Readers of Schulz’s remarkable February 2017 New Yorker essay “Losing Streak” will remember this passage, because Lost & Found completes the exploration that piece began. Both the first section of the memoir and “Losing Streak” trace how the person Schulz lost — her father — was also a consummate loser of things. “He had a prodigious memory, a panoptic curiosity, and an ability, in the fact of problems of all kinds, to distinguish what was irrelevant from what mattered as swiftly as a coin machine separates pennies from quarters,” Schulz writes in Lost & Found. “What he did not have, nine times out of ten, was his wallet.” These passages, where we learn about the person Isaac was — a lawyer, a refugee, a devotee of the Detroit Tigers, a man who “had something urgent to say about almost everything” — are rendered lovingly, making us miss him too.

What makes the first section of this memoir piercing, though — where it improves on “Losing Streak” — is that beyond an affecting portrait of singular mourning, Schulz unravels universal truths about why loss guts us, and how it forces us to grapple with our place in the world and its workings. When we cannot locate what we have lost — whether it be a sweater in a small apartment, Malaysia Airlines Flight 370 in the Indian Ocean, or a dead loved one on this plane of existence — we often react with “a powerful feeling of disbelief” because it seems that “the world is not obeying its customary rules.” Surely it cannot be possible that these losses are irretrievable. In fact, Schulz reminds us, the rules of our world dictate that we will lose our belongings and lose our lives:

“To lose something…forces us to confront the limits of existence: the fact that, sooner or later, it is in the nature of almost everything to vanish or perish. Over and over, loss calls us to reckon with this universal impermanence — with the baffling, maddening, heartbreaking fact that something that was just here can be, all of a sudden, gone.”

Here, Schulz forces us to sit with that which we ignore in our quotidian lives, so that we may go on living them — the impermanence of everything we love. The death of someone you’ve shared your life with is paralyzing, because it plunges you into stark awareness of that impermanence. And yet if we want to keep living, we must make peace with the knowledge that nothing in this world is forever. It is this conundrum that Schulz disentangles in the book’s last section, “And.”

Before we get there, though, we spend about a hundred pages in the rapture of discovering love — pages that pay tribute to the astonishment of finding anything “in a stochastic world.” It is very difficult to write about contentment and not come off smug, which Schulz acknowledges when she considers how in most love stories, “‘happily ever after’ is the ending, not the story.” In “Found,” she rises to this challenge in rendering the happiness of her life with C. with texture that brings to life how “finding makes [the world] richer, more abundant, more interesting.” As Schulz describes time spent outdoors with C., her raptness to the natural world recalls the New Yorker feature on earthquakes for which she won the Pulitzer Prize, though here tinged with awe, not alarm.

Occasionally, all that awe grows tiresome, as when Schulz belabors her wonderment over the odds of chancing upon her partner. It did not strike me as “unlikely that [they] had ever met” simply because C. was raised Lutheran on Maryland’s Eastern Shore and Schulz Jewish in Shaker Heights, Ohio. What makes “Found” ultimately work is, again, its philosophical turns, calling in everyone from Socrates to Dante to Jason and the Argonauts to William James to define how we recover and discover.

William James comes back in “And,” and it is he who Schulz invokes to synthesize “Lost” and “Found” into Lost & Found. In The Principles of Psychology, James writes, “We ought to say a feeling of and…quite as readily as we say a feeling of blue or a feeling of cold.” We live our lives in that feeling of and, in simultaneity, in juxtaposition, in continuity. We are in grief and we are in love at the same time. Schulz lost “life as it looked filtered through” her father, and found life filtered through her wife. Both experiences together taught her about the vastness of the world and our minute time on it. “It is easy to feel small and powerless,” Schulz writes, “easy, too, to feel amazed and fortunate to be here.” Lost & Found is a prod toward amazement, a call to remember that “we are here to keep watch, not to keep.”

Kristen Martin’s writing has also appeared in The New York Times Magazine, The Believer, The Baffler, and elsewhere. She tweets at @kwistent.