A Conversation With OPD Chief Orlando Rolón About Police Reform 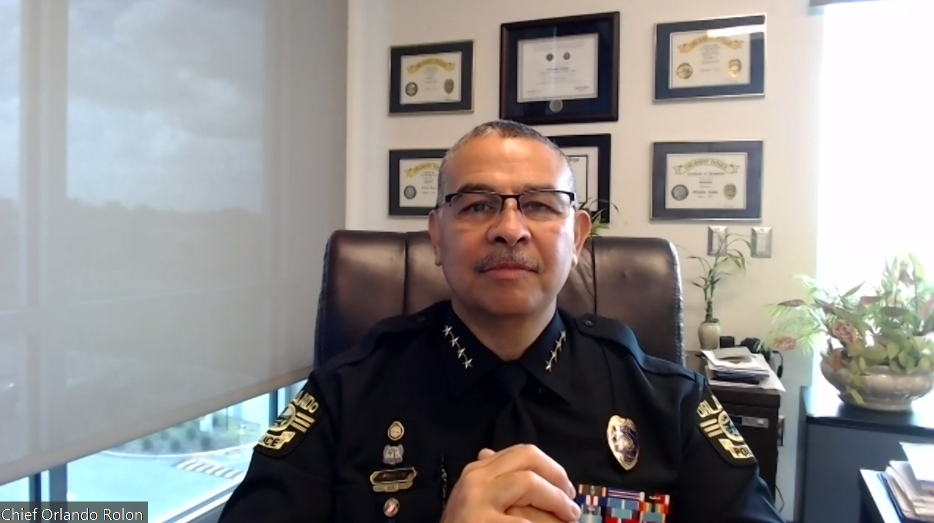 On Monday Orlando Rolón, the Orlando Police Chief, told the city council that the police department would ban chokeholds and no-knock warrants. It’s part of a range of reforms activists have been calling for amid protests sparked by the death of George Floyd in Minneapolis police custody in May.

Rolón joined Intersection to discuss how his department is responding to calls for reform.

He said OPD officers are not taught to use choke holds.

“We do not teach that we don’t practice that. So that was an easy one. The important of that process was to make sure that it was clearly defined in policy,” said Rolón.

He said there was more debate over the need for no-knock warrants.

“But what I learned during this process is that many could not remember the last time we actually petitioned for a no-knock warrant, meaning it is something that has not risen to the level where there has been a significant need.”

When it comes to the larger conversation about police reform and how the police department should enforce the law, Rolón said there needs to be better guidelines from the community about their expectations.

“It’s one thing for the police department to say this is how we’re going to police you. It’s another for the community say this is how we expect the law enforcement profession to police our neighborhoods, and police our communities. And then I think we also have to define a better way to evaluate whether a law enforcement entity is performing those tasks to the satisfaction of the citizens they serve.

Click on the media player above to listen to the full conversation.