7 Takeaways From The Republican National Convention 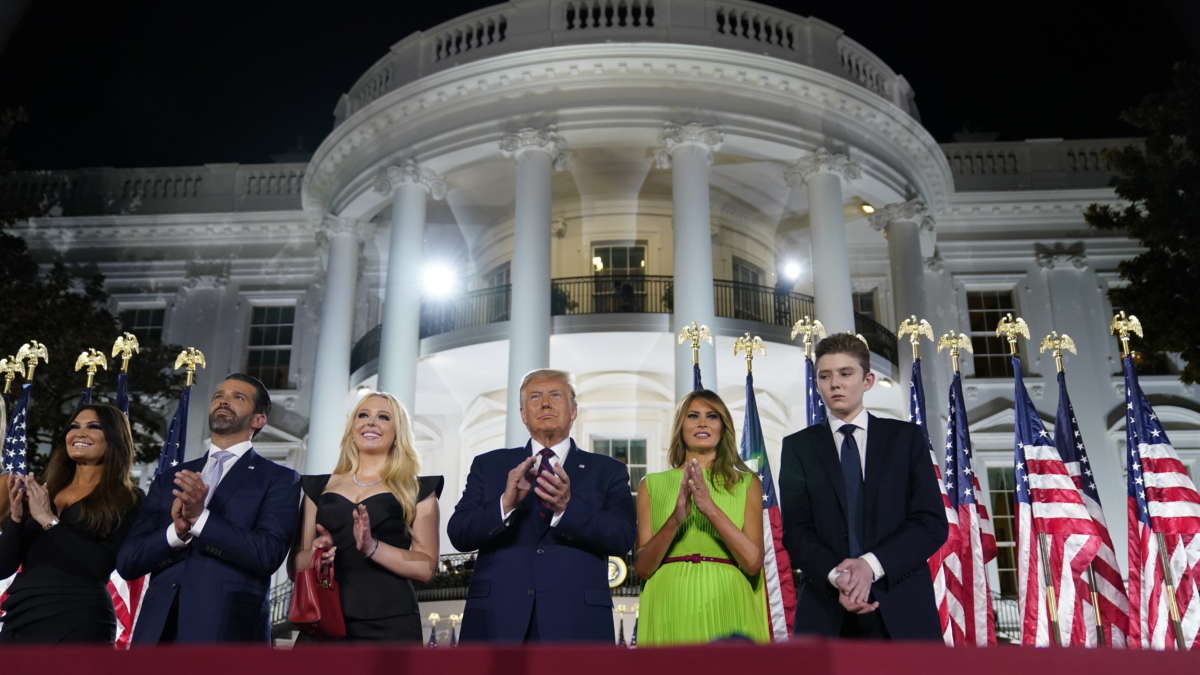 Well, the 2020 national political conventions are over.

The Republicans wrapped up Thursday night, and there was a lot to digest, not least a clearer sense of what the post-Labor Day sprint is going to look and sound like.

Here are seven takeaways from the RNC:

1. Trump tried to make the election a little less about him

As much as the Republican National Convention was all about Trump, the president and his campaign needed to try to make the election a little less about him.

Trump’s approval rating has barely budged since he’s been in office. It’s had the smallest range of any president since Jimmy Carter and has not been net-positive since two weeks after his inauguration. A majority of Americans disapprove of the job Trump is doing on the coronavirus and think he’s fanning the flames of racial division. So running solely on his record would put Trump at a disadvantage in this election.

Trump struggled to defend his handling of the pandemic during his acceptance speech. So he attacked Democratic presidential candidate Joe Biden for saying he would shut down the country if the science demanded it. Trump called that “a surrender to the virus.”

Trump then claimed, “We will have a safe and effective vaccine this year. And together we will crush the virus.”

But taunting COVID-19 won’t make it go away any faster than saying it will miraculously “disappear.”

The polling in this race between Biden and Trump has been remarkably consistent. Biden is at or above 50% and, like his approval rating, Trump has been stuck in the low 40s. So we’ll see in a couple of weeks whether Republicans’ attempted reframing worked, and what rhetoric sank in with voters.

2. This convention tried to sell a version of Trump a lot of Americans don’t recognize

Convention speakers said Trump is a “kind and decent” man; that he promotes and listens to women; that he values Black men, new immigrants and the disabled; has been anti-China and done a good job handling the pandemic.

But Trump is known for his public belittling of those who disagree with him; he has a history of demeaning women, and almost two dozen have accused him of sexual misconduct; he’s been unable to say “Black Lives Matter” or Jacob Blake’s name; he’s taken a harder line on immigration than any modern president; mocked a disabled reporter; worked to have a close relationship with China’s President Xi Jinping (his daughter even had trademarks fast-tracked by the Chinese) before the coronavirus; and he acted late on the pandemic, dismissing it as something that would “disappear,” maybe even by Easter or during the warmth of summer.

One thing is clear about the GOP convention: Trump’s campaign recognizes his serious vulnerabilities. He’s not widely seen as caring and empathetic, has frequently made racist statements and is not getting good marks on the coronavirus. So Republicans brought out person after person to present a portrait of Trump you just might not see in public.

3. This election is all about the culture wars

White “economic anxiety” as an explanation for Trump’s victory in 2016 was always a myth. Nativism and white grievance were more the core of Trump’s candidacy. And Trump’s continued support from his base even amid his handling of the pandemic and an economic collapse shows that’s even more true in 2020.

Both Democrats and Republicans are saying this is a battle for the soul of the nation. And they’re both right. It just depends on what you want that soul to look like.

The country is at a crossroads. And both conventions laid out the very different paths it could take. Trump and multiple speakers said that under a Biden presidency a liberal dystopia would take hold and the country wouldn’t be safe.

A Biden presidency, Trump said, will “give free reign to violent anarchists, agitators and criminals who threaten our citizens” and “destroy” the American way of life.

Meantime, Biden on Thursday said of violent protests: “This happens to be Donald Trump’s America,” and that the country will be far safer once Trump is out of office.

Biden also called out Trump’s resistance to condemn right-wing extremism and white nationalism. Biden has frequently said he was prompted to run for president by Trump’s remarks following racist and anti-Semitic violence in Charlottesville, Va., when he said there were “good people on both sides.”

But Republicans think they’ve found something with their push on crime. Biden on Thursday said Trump is rooting for violence. A report from a reputable pollster in Wisconsin out Thursday noted that approval of Black Lives Matter had declined from June until August (before the shooting of Jacob Blake):

But FiveThirtyEight’s Perry Bacon pointed out that the decline and Biden’s electoral prospects “are not closely linked — at least not so far”:

4. The message against Biden is still somewhat boilerplate and incongruous

Is Biden a Trojan horse for Black Lives Matter, or is he a racist who doesn’t understand African Americans? Is he too tough on crime because of the 1994 crime bill, or is he going to defund the police?

You’d be forgiven if you weren’t sure which it was after watching this convention.

Trump went hard after Biden, digging in on his record on foreign and domestic policy. Talking about jobs sent overseas, for example, Trump said, “[laid-off workers] didn’t want Joe Biden’s hollow words of empathy; they wanted their jobs back.”

The Trump campaign has been struggling with a specific message against Biden. Saying he’s really beholden to “radical liberals” is an acknowledgment that that’s just not how Biden is seen by most Americans. After all, Biden has been in the public eye for almost half a century, something Trump tried to weaponize against him. They have just over two months to succeed and rebrand the former vice president.

The speaker who took the best aim at Biden was probably South Carolina Sen. Tim Scott. It wouldn’t be surprising to see more of Scott on the campaign trail as a surrogate for Trump.

5. There were numerous falsehoods and misstatements, while the “line” of acceptable behavior was nowhere to be found

From health care (claiming to protect coverage of preexisting conditions) to the economy (Larry Kudlow falsely saying the president inherited a stagnant economy) to foreign affairs (Pam Bondi’s distortions about Ukraine or overstating the significance of the Israel-UAE deal) to speaker after speaker saying Biden wants to defund the police, the Republican National Convention was chock full of false and misleading statements.

And that was before Trump spoke. His speech was full of fear and falsehoods. You can read the dozens of annotations in our live fact check. Here’s a rundown of some others.

In addition to the untruths, the convention crossed many other lines, including potential violations of the Hatch Act by staging partisan events and speeches on the White House grounds, the fireworks spelling out “Trump 2020” in front of the Washington Monument and the over-the-top opera from the White House balcony. (“Nessun Dorma” and “Ave Maria.”)

This wasn’t just quaint norm-busting, but completely blowing up any partisan guard rails around the presidency.

6. The convention offered a poor example during the coronavirus

When first lady Melania Trump delivered a speech from the Rose Garden, few masks were worn. There was an attempt to space seats out, but not far enough to make public health experts comfortable.

Vice President Pence spoke before a larger crowd in Baltimore with lots of close mingling — and few masks.

But all pretense of setting an example of adhering to public health measures was thrown out with Trump’s speech in front of 1,500 people, closely seated next to each other with few masks in evidence. (Did we mention the live opera?)

But Trump is never going to conform.

Referring to what he called Biden’s “failed political class,” Trump said, “The fact is, I’m here, and they’re not.”

7. The 2024 Republican primary officially kicked off

And this convention showcased a slate of potential 2024 Republican presidential contenders, including Pence, Scott, former U.S. ambassador to the U.N. Nikki Haley, Secretary of State Mike Pompeo, even the Trump children, who may want the top job in the post-Donald era.

Call it the beginning of the fight for the soul of the Republican Party. But they all know one thing: They can’t get anywhere without Trump’s base.