The laws touch on everything from health care to senior protections to business modernization. See below for a breakdown of Florida's newest laws.

It comes after a USA Today and Naples Daily News investigation documented eight deaths and a dozen serious injuries at a pair of Miami clinics. Regulators can now immediately shut down a liposuction clinic that poses a danger to public health.

State law regulates four flags that can be flown at public buildings in Florida: The U.S. flag, the Florida flag, the POW-MIA flag and the Firefighter Memorial Flag.

As of January 1, the Honor and Remember flag joins those ranks. It's been adopted in 24 states to honor members of the U.S. Armed Forces who have given their lives in the line of duty.

The bill authorizes the flag to be displayed on the following days:

The Legislature will no longer allow blind trusts for conflicts of interest.

Florida’s blind trust law was not as strict as one for federal politicians, and critics say it allowed former Gov. Rick Scott to shield his financial investments from public disclosure.

According to the Miami Herald, only two politicians in Florida have used a blind trust: Scott, and Florida Agriculture Commissioner Nikki Fried.

A few years back, University Village in Tampa went through bankruptcy, and news reports documented issues like trash piling up and lack of heat for residents.

Now, Florida now has stricter oversight of similar senior living centers, known as Continuing Care Retirement Centers. CCRCs have big entrance fees, costing as much as a home to get into. But they offer increasing levels of care as you age, whether you just need help into the shower or you need a nursing home bed.

"It was a unique situation that probably would never happen again, but lawmakers and the Florida Life Care Residents Association felt it was important to update the law that governs these communities to reduce the likelihood of a similar situation occurring in the future," Early wrote in an email. "The changes that take effect on January 1, 2020 create an early warning system for the Office of Insurance Regulation to identify and work with financially challenged CCRCs early enough to prevent major problems."

Starting January 1, doctors will have to submit all of their prescriptions electronically if they have an electronic health record. Florida joins 15 other states that require e-prescribing, and Medicare will require it for controlled substances next year. There are some exceptions built into the law, like when a patient is on hospice.

This law modernizes oversight of Florida’s 778,000 corporations, including allowing them to hold remote shareholder meetings and have the same name as another company - with that company’s approval.

The American Bar Association wrote the Model Business Corporations Act, which is a body of laws designed to regulate companies the same across state lines. That group of laws was updated in 2016, and Florida updated its laws to match, with a few exceptions.

This law will make it harder for auto repair shops to put liens on vehicles because of unpaid repair bills. Lawmakers say the bill will cut down on fraud in the industry.

The biggest effect from this is that electronic wills are legal in Florida now. Some documents - like a durable power of attorney - can’t be done electronically. And vulnerable residents, like people in nursing homes, must still have estate planning documents verified by a notary in person. 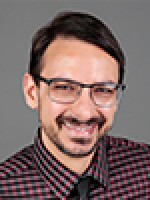