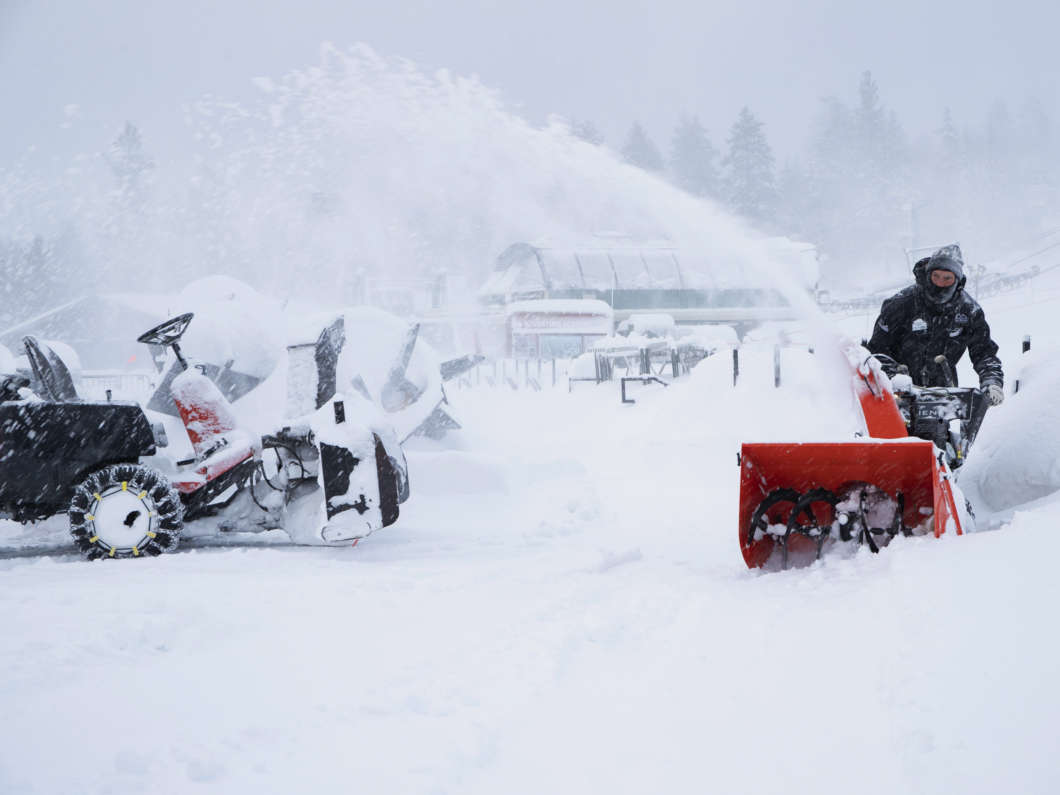 Parts of California are blanketed in snow after a powerful Thanksgiving storm, with more snow expected in parts of the state over the weekend.
Image credit: Lee Stockwell

The weekend after Thanksgiving is already a nightmare for travel, no matter the weather. But storm systems are likely to snarl travel even further across wide swaths of the United States at the end of the holiday weekend.

Heading into Sunday — one of the busiest travel days of the year — there are two major storm systems that forecasters are concerned about, says National Weather Service meteorologist Lara Pagano.

One pummeling the Great Plains region at the moment is forecast to move east and impact travel into the Northeast by Sunday, she says.

“We’re seeing travel impacts for the Upper Midwest into the Great Lakes, and then that’s going to transition into portions of the Northeast for wintry precipitation as we get through the remainder of Sunday, Sunday night and then getting into Monday as well,” says Pagano. The Great Lakes region is going to see “significant snow and blizzard conditions that will continue into early tomorrow.”

Pagano says that early in the day on Sunday, snow and high winds are likely to make travel difficult across much of the region. Parts of the Northern Plains into Minnesota, Michigan and Wisconsin could see snowfall of 6 to 12 inches, according to the National Weather Service, with some areas seeing as much as a foot and a half of snow.

And as the storm moves east, travel into and out of East Coast destinations such as New York, Connecticut and Massachusetts on Sunday evening may be affected. This is the same storm that caused problems on the West Coast earlier in the week, which is why forecasters are calling it a coast-to-coast storm.

The second system likely to complicate travel is bearing down on the West Coast.

“It’s just this plume of moisture that’s moving into, around San Francisco Bay region and the coastal region, and it’s really helping to squeeze out a lot of that precipitation,” Pagano says.

Portions of Northern California and Nevada are under winter storm watches or warnings, with NWS Sacramento saying that “travel is highly discouraged” between Saturday morning and Monday evening. The Sierra Nevada could see up to 2 feet of snow at elevations above 6,000 feet, with even higher snowfall at the highest elevations.

Huge amounts of travel have been predicted this holiday weekend. Nearly 32 million airline passengers were projected to take flights between Nov. 22 and Dec. 3, according to the trade organization Airlines for America. That represents a 3.7% increase over last year and an all-time record, according to the group’s calculations.

According to FlightAware, more than 225 U.S. flights had been canceled and more than 2,000 delayed on Saturday alone as of early afternoon.

About 49 million people are also expected to have traveled by car for the Thanksgiving holiday, according to an estimate by AAA.

Conditions are finally improving in other parts of the country — for example, the town of Tusayan, Ariz., which is right by the south rim of the Grand Canyon. After a storm of heavy, wet snow on Thanksgiving night knocked out power, the town declared a state of emergency and set up a shelter.

“Without electricity, not only was there no heat in most homes and hotels but food service was limited,” the town’s mayor, Craig Sanderson, told NPR. It was hard for emergency workers to locate the source of the problem because of the heavy snow and low visibility, though the power eventually was restored early Saturday.

Sanderson added that “we expect everything to be mostly back to normal here in Tusayan by the end of the day.” And tourists who were stuck inside during the holiday weekend will be treated to a spectacular sight. While airplane tours of the Grand Canyon are not operating, Sanderson says helicopter tours are taking off — and it “will be an amazing view from the air or ground with the snow down in the canyon.”