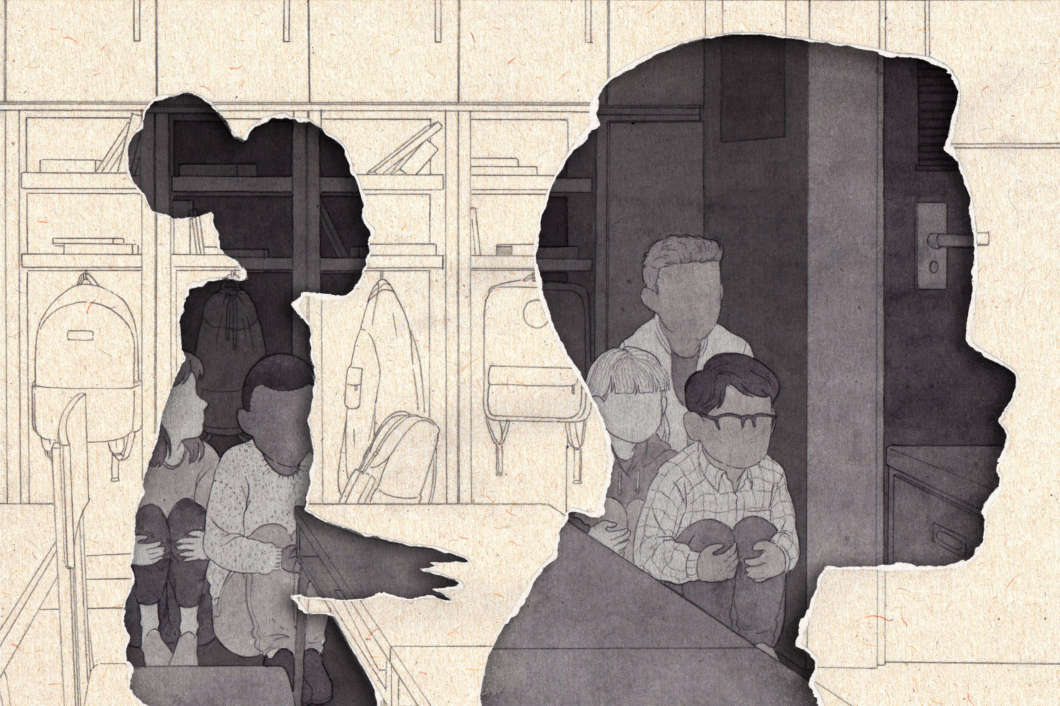 Ryan Pascal, a 17-year-old student at Palos Verdes High School near Los Angeles, says when her school holds active shooter drills, it’s “chaos.” The first time it happened, not long after the shooting at Marjory Stoneman Douglas High School in Parkland, Fla., in 2018, rumors started flying over Snapchat and text that the school was really under attack.

On top of all the other stresses of high school, she says, some students are now on constant alert: “When the little bell before an announcement happens, or when the fire alarm goes off, you can see this fear in students’ faces as they wonder, is this going to be a lockdown? Is this a drill? What’s happening? There’s so much anxiety just by a little trigger like that.”

Ninety-five percent of American public schools conduct some form of regular active shooter safety drill — sometimes called a lockdown or active threat drill — according to the National Center for Education Statistics. But concerns are growing that these drills have not been proven effective in preventing violence and that they may even traumatize some students.

Now the advocacy group Everytown For Gun Safety is joining with the American Federation of Teachers and the National Education Association — the nation’s largest education unions, with several million members — in calling for schools to reassess the use of lockdown drills.

In a white paper out Tuesday, the groups say they do not recommend active shooter training for students. And if schools do choose to do these drills with students, they shouldn’t be unnecessarily realistic and schools should give plenty of warning. Plus, they should be done with age-appropriateness and sensitivity towards children with special needs or those who have experienced trauma.

The group Moms Demand Action for Gun Safety in America, part of Everytown, focuses on raising awareness about gun violence. But founder Shannon Watts said she was increasingly hearing from parents whose children were terrified by active shooter drills. So, she started to look at emerging evidence that “these drills cause trauma, whether it’s anxiety or depression, sleeplessness, worsening school performance in kids.” There are reports, Watts says, of drills getting “over the top” with things like teachers being shot with pellet guns. “When we have a fire drill in a school, we don’t set a fire in the hallway.”

Randi Weingarten, the president of the American Federation of Teachers, says making schools “safe and welcoming” is her membership’s “number one priority.”

“Those terrifying and traumatizing drills — they have no basis in fact and they harm more than they have ever helped.”

In a 2019 research paper, James H. Price and Jagdish Khubchandani found a lack of empirical evidence in favor of active shooter drills and other “hardening” measures used in schools. Partly this is because gun violence in school remains very rare.

And yet, the school security industry is worth a reported $3 billion. Guy Grace with the Partner Alliance for Safer Schools, an educator and industry partnership, insists that twice-a-year active shooter drills for students are an important piece of violence prevention.

“It’s not about scaring kids or scaring staff. It’s about empowering staff and being able to respond to a multitude of situations.”

But he agrees that drills should not simulate violence — and that they should never be unannounced.

“You should not do drills without a warning. It shouldn’t be all pure chaos.”

Shannon Watts says there are steps that schools can take to prevent gun violence, and they don’t necessarily start with active shooter drills. Her organization wants schools to focus instead on prevention through threat assessment and expanded mental health services, as recommended by the U.S. Secret Service, as well as by spreading the word about secure gun storage at home.

“Schools are a very important place to talk about gun violence prevention,” Watts tells NPR, “because about 4.6 million children in this country have easy access to guns that are not secure, meaning they’re loaded, they’re unlocked, they’re easily accessible.”

Guns at home should be the focus, Watts says, because studies show most school shooters accessed firearms from the home of family, friends or relatives. And conversely, schools remain some of the very safest places for kids, who are most likely to encounter gun violence — though still rarely — in domestic situations.

Moms Demand Action worked with teachers’ unions on the passage of a resolution that requires Los Angeles Unified School District, the second-largest in the country, to send home a letter for parents to read and sign about their responsibilities on gun storage.

Abbey Clements was a second-grade teacher at Sandy Hook Elementary School in 2012 when a shooter killed 26 people, including 20 students. She is an AFT member and an activist with Everytown. She says her district in Newtown, Conn., where she still teaches, doesn’t use lockdown drills as part of their security measures today.

Instead, her district focuses on training staff to keep kids safe. And, she says, “If that is good enough for Newtown, shouldn’t that be good enough for all districts across the country?”