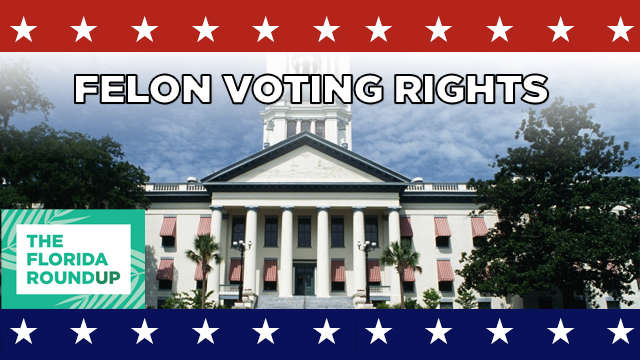 Florida voters approved a constitutional amendment restoring the voting rights of most felons, but with just weeks before it goes into effect, there’s no clarity on how it will be implemented.

Governor-elect Ron DeSantis said that Amendment 4 should not go into effect until “implementing language” is approved by the Legislature and then signed by him.

That could mean some felons would miss an opportunity to vote. For example, the voter registration deadline for Jacksonville’s next election is February 19, but the Florida Legislature isn’t scheduled to meet until March.

So happens next? That was the focus of this week’s Florida Roundup.