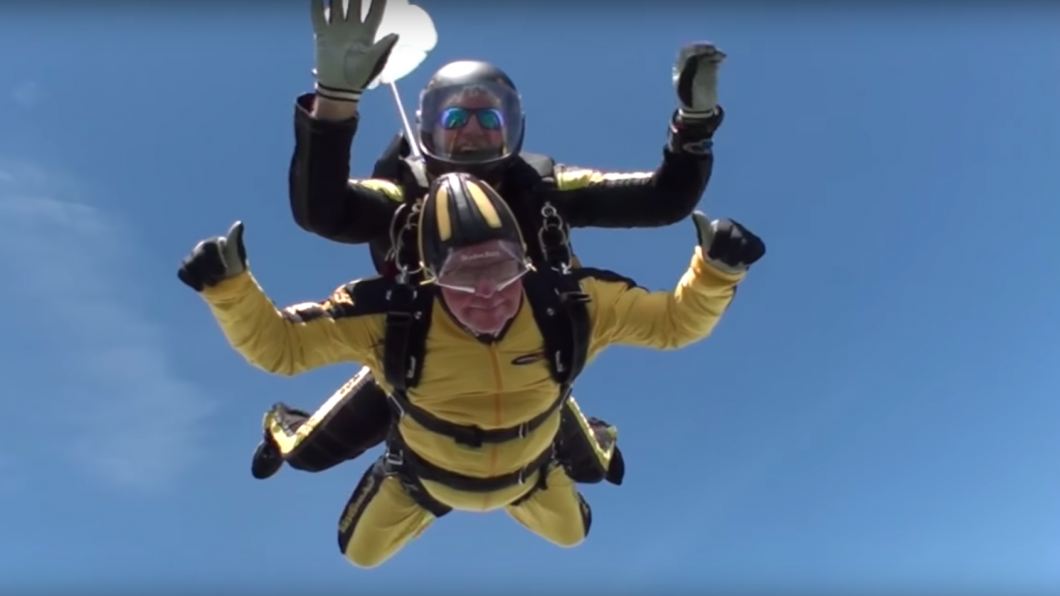 A 101-year-old man has set a world record for oldest skydiver, according to the British company Skydive Buzz.

Bryson William Verdun Hayes, known as Verdun, made a tandem jump at the age of 101 years and 38 days, the company says.

Guinness World Records says the record for the oldest man to make a tandem parachute jump was set by Armand Gendreau in 2014, at the age of 101 years and 3 days.

Guinness has not yet confirmed that Hayes set a new record. “We are aware of the attempt and we are awaiting evidence,” a spokeswoman for the company told NPR.

Hayes is a D-Day veteran who was raising money for the Royal British Legion with his jump, according to The Guardian.

Four generations of the Hayes family took part in the skydiving expedition at an airfield in England — from Hayes down to his great-grandchildren, the British newspaper reports.

Skydive Buzz posted a video of the adventure, showing Hayes taking to the sky, floating to the ground and lying down, jubilant, after the jump.

“Hooray!” he said, arms up high in celebration.

How was he feeling?

“Oh, absolutely over the moon,” he said.