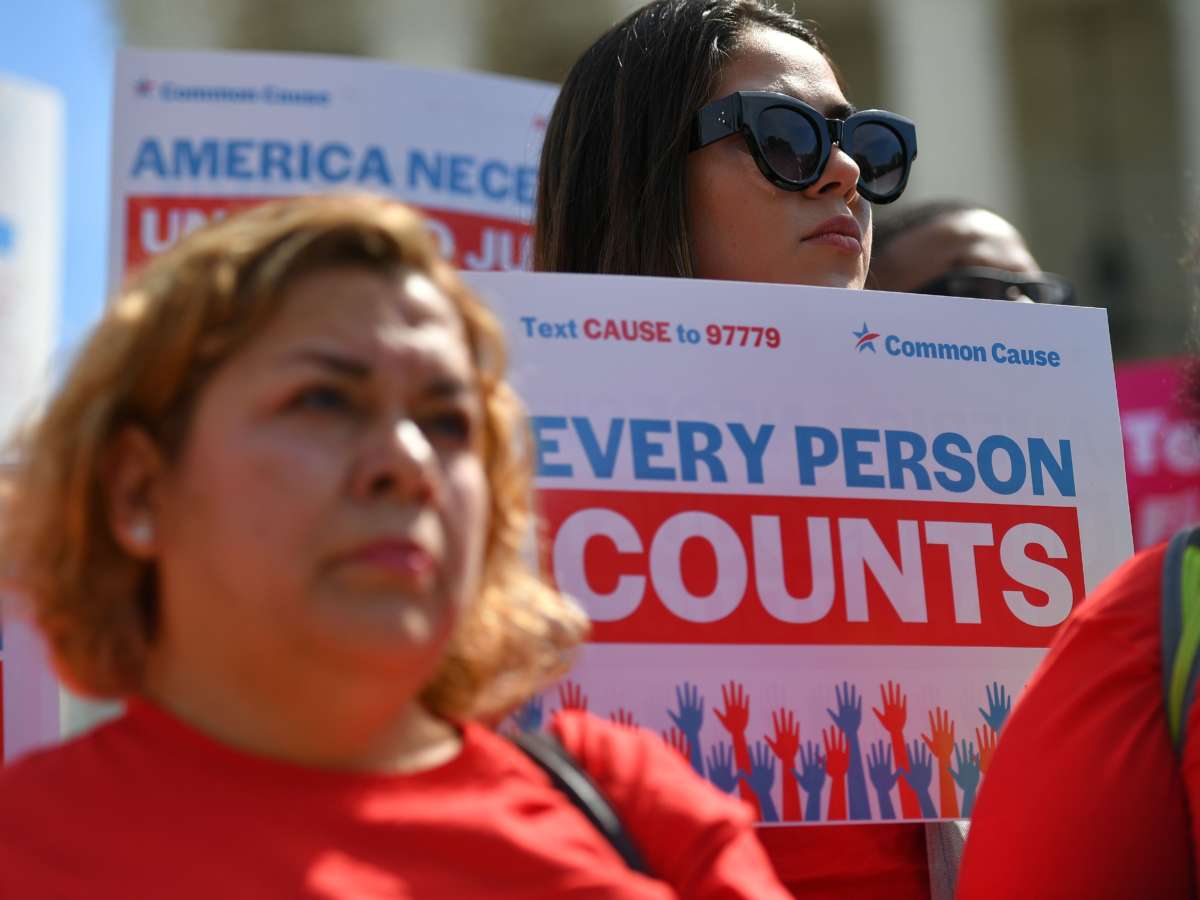 Demonstrators rally in Washington, D.C., in April 2019 against the now-blocked citizenship question that the Trump administration tried and failed to get on the 2020 census forms.
Image credit: Mandel Ngan

Making sense of the census can be difficult.

In the U.S., the national head count comes around once every 10 years. That’s enough time for memories to fade and for newcomers to settle into life here without ever encountering the constitutional mandate, which determines how political representation and federal tax dollars are distributed.

There are a lot of basics to understand about the census. As the count ramps up, you’ll likely see and hear misinformation — and some disinformation — swirling around on social media and in conversations, and NPR is here to set the record straight.

1. The 2020 census form does not include a citizenship question.

Federal courts have permanently blocked plans by President Trump’s administration to add to the 2020 census forms the question, “Is this person a citizen of the United States?” The administration is moving forward with gathering existing government records to produce data about the U.S. citizenship status of every person living in the country.

It officially kicked off on Jan. 21 in the most remote parts of Alaska. Most households in the country are expected to be able to start responding on March 12. April 1 is a reference date, and households are supposed to include everyone living in the home as of that date on the census form.

3. The census does not count only U.S. citizens.

It counts every person living in the country on Census Day, including unauthorized immigrants and green card holders. Since the 14th Amendment was ratified after the Civil War, the census has been required to count the “whole number of persons” living in each state. The Constitution’s “Indians not taxed” clause no longer excluded some American Indians from the count by 1940, when the Census Bureau began trying to include all Native Americans in the numbers used for reapportioning congressional seats. International visitors on vacation or work trips to the U.S., however, are not counted. The Census Bureau has a more detailed breakdown of who is and isn’t counted, as well as where. Each resident is supposed to be counted where the person usually lives and sleeps. For the 2020 head count, the Census Bureau is continuing to count prisoners where they are incarcerated. Military service members temporarily deployed overseas will be counted at their home bases and ports in the United States.

4. The Census Bureau does not keep your individually identifiable data confidential forever.

Census records identifying individuals are ultimately transferred from the Census Bureau to the National Archives and Records Administration, which releases the information to the public 72 years after it’s collected. Federal law restricts access to data identifying individuals until then. Still, the Census Bureau can release information about specific demographic groups at a level as detailed as a neighborhood.

There was an online option for the 2000 census, although it was available only for the short version of that year’s form and only in English. The 2020 census is set to be the first primarily online count to allow all U.S. households to reply through the Internet. The bureau is also collecting responses on paper, over the phone and in person.

6. The census is not voluntary, but every person is not required to fill out a census form.

Although the federal government has rarely enforced penalties, federal law requires U.S. residents age 18 and older to answer questions for the census. But one person can answer questions on behalf of other members of the same household. When the Census Bureau releases updates on 2020 census participation rates, those are percentages of households, not people.

7. The census does not consider “Hispanic or Latino” a race.

Federal standards set by the White House’s Office of Management and Budget require the census and other federal surveys to categorize “Hispanic or Latino” as an ethnicity to allow Latinx people to identify with any race. There was a proposal to change how the census collects data on Latinx identity, but the OMB has not made public whether it has approved that proposal.

8. The census does not ask about your religion, political affiliation or income.

Federal law prohibits the Census Bureau from including a question about religious affiliation on a form that all U.S. households are required to fill out. The 2020 census does not ask about the number of toilets, desks or beds in your home, although some of these topics have come up on past census forms and the Census Bureau’s American Community Survey. The questions the 2020 census does ask are listed here.

9. The exact number of dollars in federal funding guided by census data is not known.

The Census Bureau often cites more than $675 billion a year as the estimated amount of federal government spending that is distributed to states and local communities based in part on census data. But Andrew Reamer, a longtime researcher on census-guided funding who’s based at George Washington University’s Institute of Public Policy, has used more recent data to produce a more comprehensive estimate, currently at more than $1.5 trillion a year.

10. The census is not the American Community Survey.

Both are conducted by the Census Bureau. The census goes out to every household once a decade. The American Community Survey goes out to about 1 in 38 households every year.