Zoom Towns And The New Housing Market For The 2 Americas 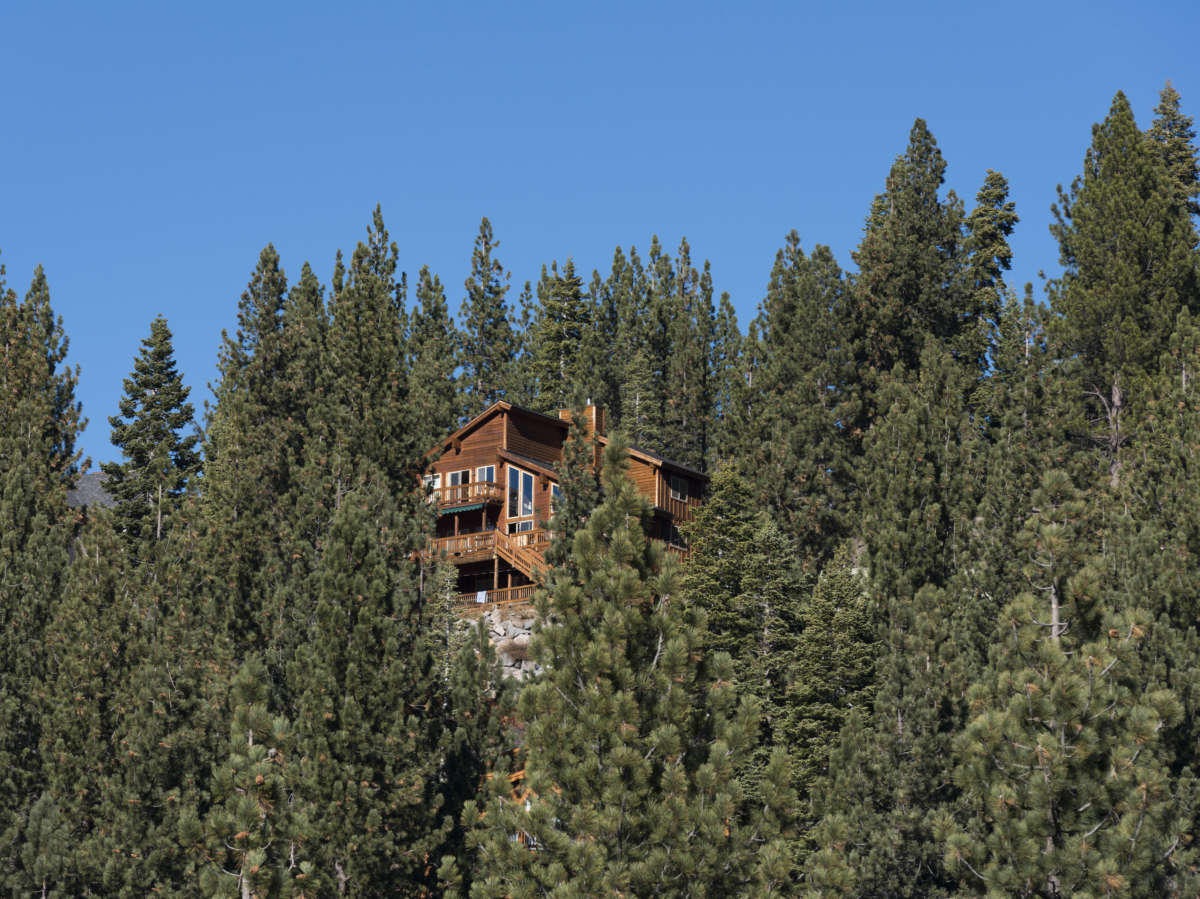 Editor’s note: This is an excerpt of Planet Money‘s newsletter. You can sign up here.

Truckee, Calif., is a mountain town just northwest of Lake Tahoe. It is sort of an outdoorsy paradise. It has great skiing, mountain biking and hiking opportunities, as well as a river and lakes. It also has some great restaurants and a budding art scene. And if you’re a Bay Area resident in the market for a house, it has another thing going for it: It has a median home price that’s roughly half that of San Francisco, about three hours away.

Like a lot of other vacation destinations — the Hamptons, Cape Cod, Aspen and so on — the Truckee housing market is booming during the coronavirus pandemic. It’s up over 23% since last year, according to data from Redfin, a real estate brokerage. Truckee is part of a trend that realtors and journalists are calling “Zoom towns,” places that are booming as remote work takes off.

With historic levels of unemployment and mounting business bankruptcies, this housing boom is a bit mind-boggling. But it’s kind of the perfect symbol of two Americas in the age of the pandemic recession.

First, the happy America. The boom. As we reported on our daily podcast The Indicator, the housing boom is fed by low interest rates, millennials reaching home-buying age and a demand for more space. Many Americans — especially 30-somethings who remain employed — are ditching their tiny rental apartments in hip districts of expensive cities and moving to buy houses in more affordable cities or the burbs for a life of shopping at Home Depot and spending their Friday nights eating mozzarella sticks at Applebee’s.

“If you look at basically any metropolitan area, you see the most price competition on the outskirts of that area and the least in the city center,” Fairweather says. Spacious, single-family homes are particularly in demand. We’re not witnessing the death of cities — in fact, most cities are seeing a boom in home prices too — but with remote work freeing many people from daily commutes, people are increasingly deciding that it’s OK to live farther away from what used to be the office. You can see it in Redfin’s data, which show more searches and higher price increases in suburban and rural housing markets.

The boom gets slightly less rosy, though, when you consider why national home prices are surging. It’s in large part because there’s not a lot of new construction and because existing homeowners don’t want to sell. “There’s a tremendous shortage of homes on the market,” says Jeff Tucker, an economist at Zillow. “We see about 29% fewer homes that are actively listed compared to this time last year.”

Part of the imbalance between home buying and selling, Tucker says, may be that sellers tend to be older — and with a pandemic still raging, many may not be eager to move and risk their health. Meanwhile, a large number of them are taking advantage of COVID-19 mortgage forbearance policies, which free them to not pay their mortgage during the crisis. “Still over 7% of active mortgages are in forbearance,” Tucker says.

So that’s the market for buying and selling homes. The sort of happy story, considering it’s 2020 and everything is horrible. Where it gets more depressing is when you look at the other America. The one that rents.

“On the rental side, that’s where we really see the shortfall in demand you would expect in a recession,” Tucker says. “There’s a huge shortfall in rental demand right now.” Vacancy rates are climbing in cities around the United States.

In normal times, it would be good news that rents have stopped rocketing and are even falling significantly in cities like San Francisco and New York after a long period of astronomical increases. This seems to be playing out much differently than during the last recession, when home prices plummeted but rents did not.

But the emptying of apartments and the fall of rents is because of the pandemic and the collapse of employment, especially in the in-person service sector in U.S. cities. Almost 30 million Americans are currently receiving some form of unemployment insurance benefits. For many renters, this government assistance and the Trump administration’s recent order through the Centers for Disease Control and Prevention to halt evictions through December are the only tenuous threads in a housing safety net.

Well, not the only threads in the safety net. Family also helps. According to research from Zillow, almost 3 million adults moved in with their parents or grandparents during the pandemic. This influx was largely 18- to 25-year-old Gen Zers, but they’ve joined a large population of millennials who were already living at home. As of April, a record-breaking 32 million American adults were living with their parents or grandparents.

When Tucker, the economist at Zillow, looks at the lopsided housing market, he sees more evidence for a “K-shaped recovery.” The rising, top-right part of the K is the America that is buying new homes or that already owns one and is seeing its value increasing. Those Americans have stock portfolios and retirement accounts that have been doing shockingly well. And they have good jobs that they can remote into with safety and flexibility. The descending, bottom-right part of the K is the America that is showing up in record-high unemployment numbers and mounting bankruptcy statistics. It’s the America that rents, has huge student loans, doesn’t have retirement savings and is now dependent on the government or family for an affordable place to live.

It’s boom and gloom, a housing market that reflects America’s increasing inequality. Ugh, that’s a super-depressing way to end this. On the bright side, 2020 has fewer than four months to go?

Did you enjoy this newsletter segment? Well, it looks even better in your inbox! You can sign up here.