Zeta is Downgraded to A Tropical Storm, But It Could Regain Hurricane Status in Gulf 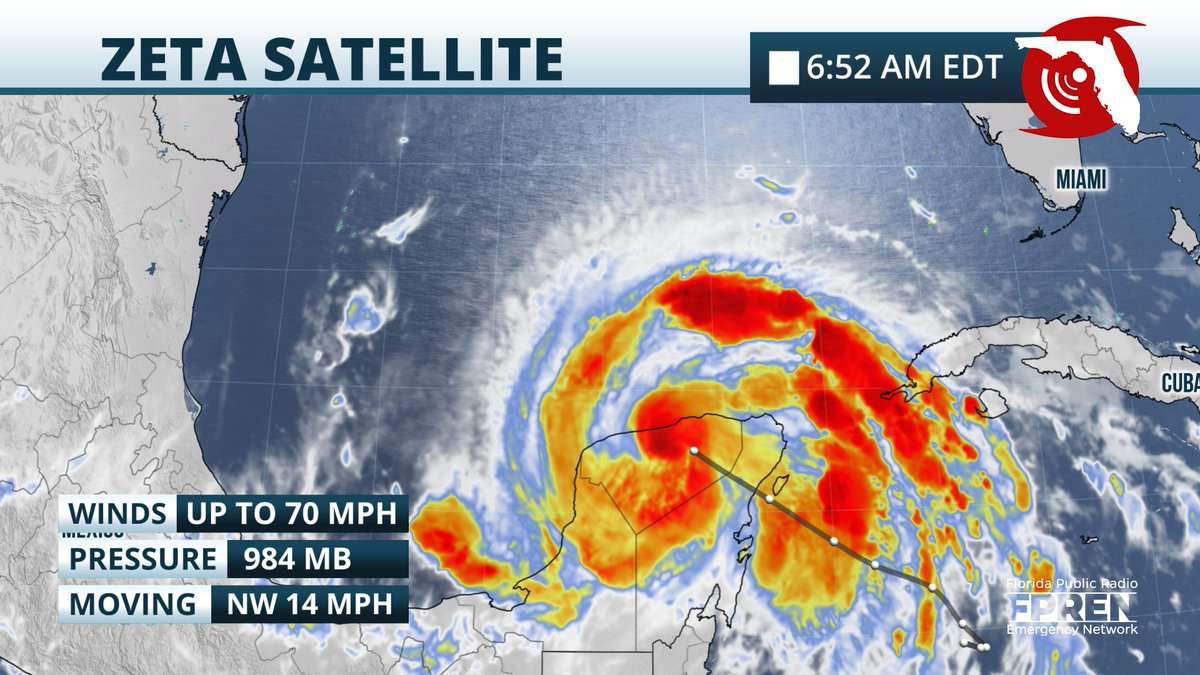 Zeta has been downgraded to a tropical storm this morning after it made landfall on Mexico’s Yucatan Peninsula late Monday evening.

Forecasters say it’s likely to regain hurricane status once it emerges in the Gulf of Mexico later today. Meteorologist Ray Hawthorne says Zeta remains on track to bring impacts to the Gulf coast on Wednesday.

“Hurricane Warnings are up along the Louisiana and Mississippi coasts and Tropical Storm Warnings extend eastward into Alabama and into the western Florida Panhandle. Tropical storm winds are likely to arrive Wednesday evening. Also, 2 to 4 feet of surge is possible with the fast-moving storm.”

Ray says isolated tornadoes are also possible as soon as late Wednesday afternoon, lasting into Wednesday night along the Gulf coast before spreading into Georgia and the Carolinas Thursday.

He says some areas of flooding are likely, but that Zeta’s fast movement should make the freshwater flooding less severe than seen with Hurricane Sally in September.