Zero G and I feel fine 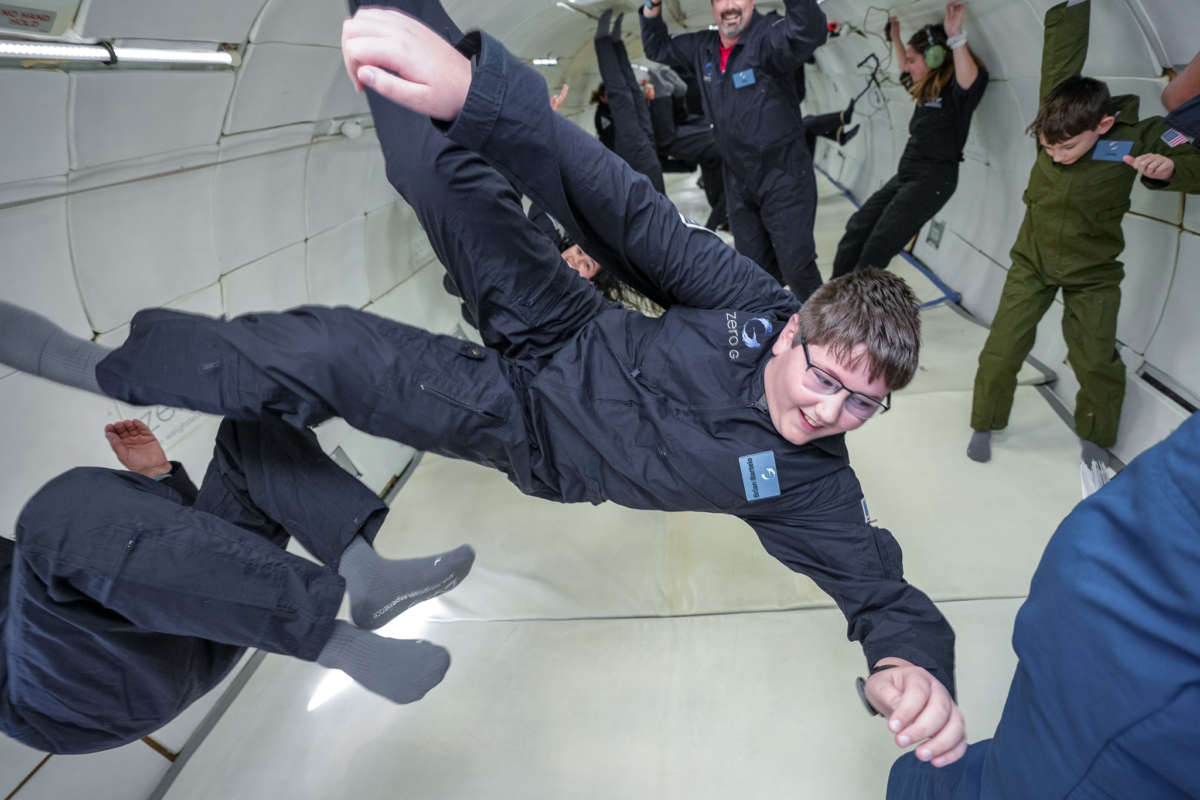 Brian Bartelo is a 6th grader from Buffalo, New York. He entered an essay contest to win a trip on a ZeroG flight — an airplane that simulates weightlessness by flying parabolic arcs.

The contest was sponsored by SpaceKids Global, an outreach organization aimed at bringing kids closer to space exploration. We’ll hear from Brian and his brother about the flight, plus a conversation with SpaceKids Global founders Sharon & Mark Hagle about the inspiration of ZeroG flights.

This was such an incredible experience, if you can't tell from my giggles. Thanks to @GoZeroG and @spacekidsglobal for the invite.

We'll hear about the inspiration and science of microgravity flights this week on @AWTYspace & @wmfeorlando. Tune in! pic.twitter.com/qgy3mSDsJy

Then it’s not all about goofing around. Scientists leverage platforms like these flights to conduct experiments. One of those scientists is University of Central Florida’s Addie Dove. She joins us to talk about research in microgravity.