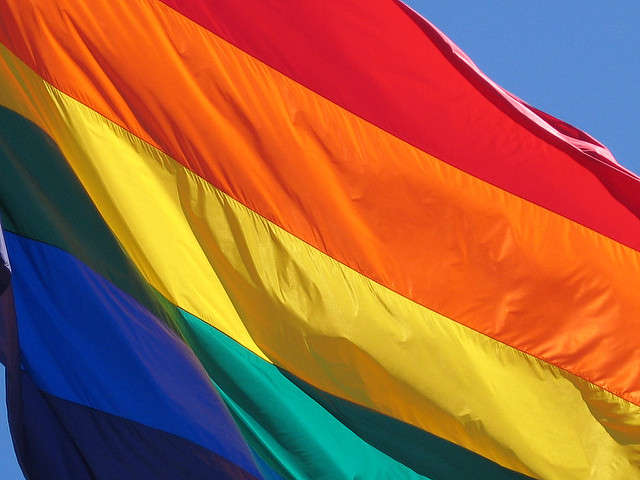 Derek Shaye was 17 when he ran away from home. Stranded near Las Vegas and desperate for money, he was an easy victim for human trafficking in the area. He eventually escaped to central Florida after two years and turned to Homeless Services and later Zebra Coalition for help.

Shaye and Heather Wilkie, Executive Director of Zebra Coalition, joined Matthew Peddie to talk about the Coalition’s services and importance.

Shaye recalls being surprised at how small the Coalition was for all the services he had been told they provide.

“I came to this little building with a rainbow wall outside and am thinking “Is this the right place?” ‘Cause I was expecting, from the way he talks about it, like such a big organization, something grand because of the way he describes it. I come in and it’s this wholesome place and really nice and really friendly. Although I will be honest they were confused when I came in and said oh by the way I don’t really exist.” Shaye recalls.

“I didn’t have any sort of identification, not just not on me, unfortunately, not at all.”

LGBTQ+ youths make up a significant amount of the homeless population and that in turn puts them at a higher risk of being sexually exploited and trafficked. A 2018 Tri-County Youth study showed that central Florida, in one 24-hour period, had 268 homeless youths, of which 35% identified as LGBTQ+.

Despite being in a small building, Zebra Coalition is able to provide help to LGBTQ+ youth via its network of organizations. They provide a support system for many different issues, including homelessness and abuse via individualized programs.

“We have a drop-in center that’s located in downtown Orlando. If you live in the area, you’ve probably driven by it many times on Mills Avenue. The idea behind the drop-in center is that we’re able to provide services to youth like Derek who are maybe experiencing homelessness and need those basic needs met. And so every day we have drop-in hours Monday through Friday, where we can provide food, clothing, we have counselors there, therapists who can work with them in crisis, to help sort of triage the situation and figure out where we can place them in housing. ”

Shaye is now a part of Zebra Coalition’s Youth Council. As a part of the council, he helps organize social gatherings for youth in the area. He still struggles telling the story of what happened to him.

“I mean it’s not one that I’m really proud of or it’s not one I like talking about too often. People have told me my journey is something that people should hear and I ask them “Why?” and they said because “It gives people hope” which is, of course.” Shaye said.

“People have called me some of these things: you know resourceful, hopeful, intelligent, strong-willed and I look at them and I say “Are you crazy?” I’ve done so many disgusting things, and you’re saying I’m hopeful? And it’s the most confusing situation I’ve ever been in. You’re saying I’m “good” because of the bad things I’ve done? Yes, I recognize survival instincts and I recognize the thought mindset but even still, it’s still hard to accept.”

Zebra Coalition, while not a homeless shelter, helps youth in need find resources to survive and thrive while not having a part of their identity ignored.

To learn more about Zebra Coalition and the services they offer, you can visit their website.