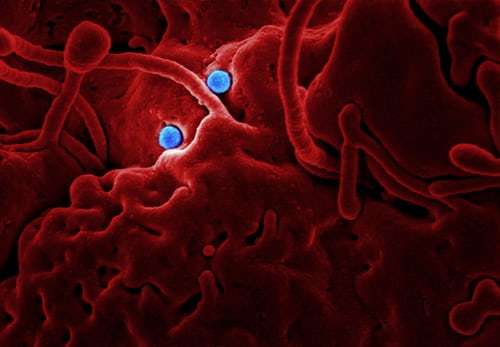 Voting during the pandemic in Leon County

Despite concerns about the coronavirus pandemic, some Leon County voters are casting their ballots in person today. Grant Steans, a Florida A&M University student is one of those people. Steans says he worried his voice would not be heard if he did a mail-in ballot.

“I’d rather in person, you know, you know, make that—come in and do it because at least I know once I put my ballot in the scanner then it’s going to be counted.”

Steans says last time he tried to vote by mail, he forgot to include his signature, and his ballot didn’t get counted.

Lake County public schools have begun free COVID-19 testing for students prior to the school year, which begins next Monday.

The testing — using PCR nasal swabs — continues through Friday of this week. It runs from 7 a.m. to noon daily at East Ridge, Eustis, Umatilla and South Lake high schools.

The testing is also available at Lake Square Mall in Leesburg from 7 a.m. to 7 p.m.

Parents must pre-register their students online. And the school district says test results should be available in one to three days.

The district is providing the tests through Adult Medicine of Lake County, with the support of the Health Department and the county government.

Slams, not dunks: WWE replaces the NBA at one Florida arena

ORLANDO, Fla. (AP) — Pro wrestling is replacing pro basketball at the Florida arena that is home to the Orlando Magic, at least for the time being.

The WWE said Monday that starting this week it will film wrestling matches at the Amway Center in Orlando, Florida on closed sets.

The WWE is taking up a residency at the arena that is usually home to the NBA team. The Orlando Magic has decamped to the NBA campus at Walt Disney World outside Orlando, along with other NBA teams.

The WWE matches won’t have any real fans in the stands, physical distancing will be implemented and wrestlers will get regular COVID-19 testing.

FORT LAUDERDALE, Fla. (AP) — Florida has reported its lowest number of new coronavirus cases since mid-June and the number of people hospitalized continues to fall.

The state reported 2,678 new confirmed cases on Monday, a level the state hasn’t seen since June 17. That’s when Florida began a month-long explosion of new infections that peaked at 15,300 on July 12.

The seven-day average for new cases is now about 3,600, down from 11,000 a month ago. Also, the number of people being treated in Florida hospitals for COVID-19 has been declining since highs above 9,500 on July 23.

The number of hospitalized patients on Monday morning stood at less than 5,700.

The science is simple, so why is opening schools so complicated?

School districts, parents and teachers are all facing big decisions about how to return to the classroom this fall.

NPR health correspondent Allison Aubrey and education correspondent Cory Turner join Geoff Brumfiel to discuss what the science says about kids and COVID-19, what schools are doing to try to keep students and teachers safe and why there are so many differing approaches in school districts around the U.S.

A new survey shows that when it comes to COVID-19, a majority of Floridians believe the worst is not behind us.

According to the Emergency Preparedness Survey done by researchers at the University of South Florida School of Public Affairs, 55 percent of Floridians remain concerned about the coronavirus. A majority also support placing stricter limits on public gatherings to slow the spread of COVID-19.

USF assistant professor Stephen Neely, one of the researchers, says the survey of  Florida residents also reveals opinions about the upcoming election season. Forty-six percent report feeling that political candidates should not hold rallies in the state this fall.

“We’ll have to watch how that plays out over the next few months, but undecided voters in Florida might be a little turned off by the sight of large rallies, and that could actually potentially have an effect on their perception of candidates,” he said.

Neely said of all the topics in the survey, the question of whether to hold rallies revealed the biggest partisan divide.

“Republicans are much more in favor of holding rallies than Democrats or independents,” he said.

According to the survey, 87 percent of respondents say they would also support a statewide mask mandate.

Florida’s Democratic delegates vote from the comfort of their homes

Democrats are hosting their presidential convention this week in Milwaukee. The pandemic is keeping delegates far away.

This is the first time Lou Grossman has been a delegate. He doesn’t feel like he’ll be missing out on much of the experience of being in Milwaukee, however. He spoke from his “convention floor,” as he called it – the office in his Sarasota home.

“Am I disappointed not being on the floor and hobnobbing and having fun and that? Well yeah, to a certain extent, but it’s going to be a fabulous convention and I’m busy with online meetings every day and we make the best of it. It’s unusual times, it’s an unusual convention. I’m happy to be part of it. It’s historic, actually.”

The White House created a rule that denies pandemic economic relief to U.S. citizens married to non-citizens. Some Floridians are now hoping Sen. Marco Rubio can break it.

Back in the spring, the federal government started mailing stimulus checks to Americans through the CARES Act.

The $1,200 payments were meant to help people get through the economic crisis caused by the new coronavirus pandemic — but the Trump administration was able to insert a rule in the CARES Act that makes sure about 2 million U.S. citizens do not get that aid.

“Which makes zero sense because that is effectively punishing a U.S. citizen for who they married,” says Clara Discua, a native-born U.S. citizen who needs the stimulus check.

Discua is a medical assistant who resides in Coral Springs, but she has not been able to work much this year because she would be at high risk if she got infected with COVID-19.

“Extremely high risk per my doctor because I’m only two years out of my cancer treatment,” she says. “The $1,200 meant me being able to pay my bills.”

Leon County Elections Supervisor Mark Earley says it’s been a record-breaking election when it comes to vote-by-mail ballots. The voting method has been heavily promoted as a safe solution to casting ballots during the global pandemic.

“In Leon County, we’ve received a record number of vote-by-mail ballots more than we ever received, even for a general election. So, the response has been great for the community. We’ve had over 71,000, close to 72,000 requests. We’ve already had over 37,000 ballots received back from vote-by-mail.”

Earley says the roughly 35,000 other voters who requested ballots can use the drop box located at the elections office on the corner of Capital Circle and Apalachee Parkway. Vote-by-mail ballots can’t be accepted at other precincts and they must be delivered by the time polls close.

Despite improvements in Miami-Dade County’s numbers, business restrictions will remain in place

“We need to get way under the 10 percent positivity benchmark based on the CDC and medical experts’ advice before we start to reopen more businesses. So everybody, do your part, we can move forward together.”

Gimenez says he spoke with White House Coronavirus Task Force members last week. Drs. Deborah Birx and Tony Fauci advised him to keep business restrictions as they are, despite the improvements. That’s because they expect a second surge in COVID-19 numbers this fall.

How I Built This With Guy Raz

In 2007, three friends set out to address a common frustration: the long waits and scheduling hassles of booking a doctor’s appointment.

But soon after launching their online scheduling platform Zocdoc, Oliver Kharraz, Cyrus Massoumi and Nick Ganju ran into a classic chicken-and-egg problem: they had to show potential patients that doctors were available for bookings, while frantically convincing reluctant doctors to sign up.

The company solved this challenge and started to grow, but then faced an even bigger hurdle: an identity crisis over its business model, which caused a major rift between its partners.

Now Zocdoc is going through another transformation: offering video appointments in the age of COVID-19.

Thousands of recent law school graduates in Florida woke up on Monday morning to some devastating news. After months spent studying, the Florida Board of Bar Examiners announced the test has been postponed ’til October.

The bad news came less than 72 hours before the test was scheduled to take place.

The exam had already changed formats several times, and was switched to an all-online test because of the COVID-19 pandemic.

But even that hit problems with widespread reports that the testing software had a security vulnerability – something that allegedly led to personal accounts being hacked.

On social media, would-be test takers flooded the Bar with complaints about months spent studying for the postponed exam instead of working.

In a statement, the Board said hosting the test right now was not quote, “technically feasible”.

And it announced that a temporary program is being put in place that would let recent graduates practice law under the supervision of an attorney who has already passed the test.

Southeastern Conference teams opened preseason camp with the precarious status of the season largely overshadowing even the annual ambitions of Alabama and Georgia.

Questions like how will LSU fare without quarterback Joe Burrow took a backseat to uncertainty.

Quarterback battles seem fairly inconsequential with COVID-19 threatening the season and the depth charts. But there was talk about football.

First-year Mississippi coach Lane Kiffin says the teams that handle the virus the best “are going to win a lot of games.”