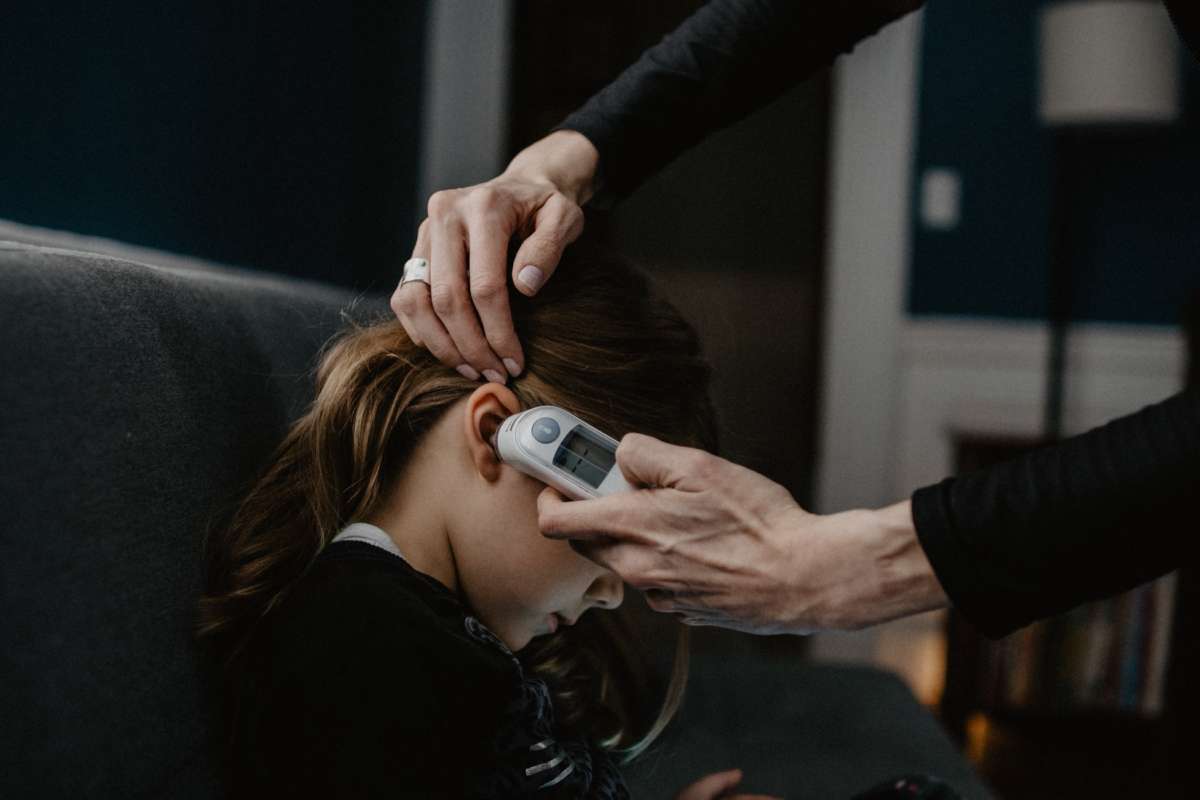 That brings the total number of coronavirus cases in the state since the start of the pandemic to 369,834.

The death toll has risen to 5,319 people since mid-March.

Orange County leads Central Florida with the most cases at 24,011 cases. Almost 660 people have been hospitalized in the county with COVID-19 and 124 people have died.

An experimental coronavirus vaccine triggered an immune response against COVID-19 in study participants, and it has only minor side effects, according to new data published in the medical journal The Lancet.

The vaccine, called AZD1222 for now, is being developed by Oxford University and AstraZeneca. It uses a different, harmless virus to deliver biological instructions for how to fight off the coronavirus.

According to a phase one/phase two study of more than 1,000 patients, the vaccine triggered two immune responses: an increase in antibodies and a T-cell response.

“So far, everything we’ve seen has been encouraging,” said Naor Bar-Zeev, deputy director of the International Vaccine Access Center at Johns Hopkins University. He was not involved with this study. And he said there have not been any severe reactions.

Reported reactions were more common among patients who received the coronavirus vaccine than those who received the control, which was a meningitis vaccine. They included muscle ache, chills and feeling feverish. But acetaminophen relieved those symptoms, the researchers wrote.

ATLANTA (AP) — The parent company of Southern supermarket chain Winn-Dixie is reversing its policy and will now require customers to wear masks at its stores to help reduce the spread of the coronavirus.

Southeastern Grocers Inc. said the requirement will go into effect next Monday.

The company headquartered in Jacksonville, Florida, had initially rejected a mask mandate, saying it did not want to put its workers in the position of having to ban customers.

But in a statement Monday, it said its position had “evolved.”

Walmart, supermarket chain Kroger and department store Kohl’s are among other retailers that require customers to wear masks at their stores.

TALLAHASSEE, Fla. (AP) — Voter advocates aligned with Democrats have dropped a federal lawsuit challenging some of Florida’s vote-by-mail rules in the wake of the coronavirus pandemic.

The groups sought to expand the use of absentee ballots, and asked the court to extend deadlines for returning ballots, require postage be prepaid by elections officials and expand who can collect ballots for submission.

The groups announced Sunday that they had reached a settlement with state officials, who agreed to explore measures to reduce the barriers to voting during the August primary and the presidential election in November.

A trial was to have started Monday.

Orange County Mayor Jerry Demings says he has not ruled out penalties for businesses that don’t comply with social distancing and mask rules.

The county is planning to send so-called strike teams to businesses to enforce compliance with the rules as coronavirus cases continue to surge.

Demings says he is still hoping businesses that are ‘bad actors’ will respond to a warning.

“I will have some authority to issue an executive order that could have penalties associated with it.”

A business compliance and consumer confidence working group is set to meet Tuesday to discuss the issue.

Listen again: What we value

As the pandemic reveals the weaknesses of our economy, businesses and consumers are rethinking what they value.

This hour, TED’s Corey Hajim shares ideas on shifting the role of business in society.

The CARES Act created a package of more than $2 trillion that provided money for people, businesses and state and local governments.

It kept business and municipalities afloat.

It kept individuals from defaulting on their loans, and it kept poverty from rising, even though tens of millions of Americans lost their jobs.

Now, however, some of the provisions in the CARES Act are expiring.

That includes money for one part of the bill that put money directly into the hands of people without jobs.

In less than a week, unemployed people will stop receiving those expanded benefits, and the effects could be enormous. Not just for people who are unemployed, but for the entire U.S. economy.

Candidates running for school board seats in Broward County met on Zoom Monday night to try to reach voters in an online forum.

The Rio Vista Civic Association in Fort Lauderdale hosted the forum. Forty-five people joined the call to hear from candidates.

Incumbent Heather Brinkworth worked to defend her seat for District 3 that she’s held for six years. It includes Fort Lauderdale and Oakland Park.

She said COVID-19 presents a couple of challenges for the year ahead.

“I’m looking forward to how e-learning is going to look different in the fall. Also a big challenge for us is going to be addressing the academic gap that has been created by what we’re calling ‘COVID-slide’.”

Sarah Leonardi is running against Brinkworth and has a lead in fundraising. She teaches 10th grade English at Nova High School in Davie.

“Communicating and planning for the safe opening for our schools, and continuing distance learning is a challenge I’m seeing right now.”

Five candidates are also vying for the at-large school board seat 9 that’s been vacated by longstanding board member Robin Bartleman, who is running for the state legislature.

The goal was to support nursing home workers and the Black Lives Matter movement.

The caravan traveled to four nursing homes in Miami-Dade and Broward. They handed out personal protective equipment and encouraging words to workers.

He says providing support for nursing home workers and the Black Lives Matter movement intersect, because many of the union’s members are people of color.

“There’s been far too much cheap flattery of essential workers by calling them heroes but then not paying them and not providing them with the protection they need … and on Black Lives Matter, we need to continue to protest until we get real and structural reform here.”

One member of the caravan was Anne-Mercie Blot, a nursing assistant at a long-term care facility.

“Every day when we go out, the frustration, because we don’t know if we will go home safe. We were out to show our support, to show them some love, to tell them how important the work that we are doing is. We are not alone.”

Blot wants workers like herself to be supported with hazard pay, sick leave and proper equipment.

LAKE BUENA VISTA, Fla. (AP) — Mauricio Pereyra’s goal midway through the second half gave Orlando City a 1-1 draw with the Philadelphia Union and the top spot out of Group A of the MLS is Back tournament.

Orlando and Philadelphia each finished with two wins and a draw in the group stage.

A better goal differential gave Orlando City the top spot in the knockout round.

Pereyra’s goal in the 70th minute came moments after Philadelphia took the lead on Ilsinho’s goal. Andre Blake made six saves for Philadelphia.

The link between deforestation and disease

Scientists are discovering a strong correlation between deforestation and disease outbreaks.

A new report from Leading Age Florida says the COVID-19 pandemic is leading to operating losses from 100,000 dollars to three million dollars a month at long-term care facilities.

Steve Bahmer is the group’s president.

“Floridians know how to deal with hurricanes through local, state and federal partnerships that identify and deploy the necessary resources to get communities back on their feet as quickly as possible. And a similar effort is needed now.”

Bahmer says when state-funded coronavirus testing ends in September, providers will need to pay between $25,000 and $300,000 dollars a month to keep testing employees.

Monday afternoon, Williams said JSO does not have enough officers, money or clear-cut directions to be able to plan for a safe RNC.

“I’ve penned-to-paper on not one contract, not one piece of procurement. Nothing we need is en route. And we’re just past the point of no return.”

Williams says he’s only gotten a quarter of the resources he needs to prepare and that he hasn’t been able to finalize any security contracts.

In an interview with Politico, Williams also said a 50 million-dollar grant for RNC prep had been cut to 33 million. He stopped short of calling for the 4-day event to be cancelled, however.

Jacksonville’s elected Republican sheriff says he’s expressed his concerns to Mayor Lenny Curry, and has been doing so for weeks.

Franklin County resources strained due to lack of inmate labor

For the rural community of Franklin County, not having inmate labor is putting a strain on resources.

The Florida Department of Corrections is limiting how many inmates can be sent out due to the coronavirus.

Before COVID-19, the Florida Department of Corrections says 77 inmates were assigned to work in Franklin County mowing grass, sorting through recyclables, maintaining parks and more.

But now, a limited number of inmates are getting assigned to work squads due to the coronavirus.

Davis says to cope with the loss in labor, employees will be shifted around to make sure the most pressing work gets done.

“And you know when you move from solid waste to go to—to parks and rec, your recycling is backing up on you. And so when they move from parks and rec to come catch up your solid waste recycling then your parks, you know, there’s different things still going on that needs to be taken care of.”

In recent years, the topic of inmate labor has come under question in protests.

Capital city jobless numbers up, but still better than throughout the state

The bad news is that Leon County’s jobless rate for June jumped to twice what it was last year, from 3.5 percent in 2019 to 7.1 percent now.

But the good news is that Leon County’s latest number was exactly half as big as the state as a whole, which came in at 10.7 percent for June.

Wakulla County had the region’s lowest unemployment rate at just under six percent. Gadsden County came in at 7.6 percent out of work.

Whales get a break as pandemic creates quieter oceans

When humpback whales migrated to Glacier Bay in Alaska this year to spend the long summer days feeding, they arrived to something unusual: quieter waters.

As the COVID-19 pandemic slows international shipping and keeps cruise ships docked, scientists are finding measurably less noise in the ocean. That could provide momentary relief for whales and other marine mammals that are highly sensitive to noise.

Through networks of underwater hydrophones, scientists are hoping to learn how the mammals’ communication changes when the drone of ships is turned down, potentially informing new policies to protect them.

“More needs to be done,” says Jason Gedamke, who manages the ocean acoustics program at NOAA Fisheries. “When you have animals that for millions of years have been able to communicate over vast distances in the ocean, and then once we introduce noise and have increased sound levels and they can’t communicate over those distances, clearly there’s going to be some impact there.”