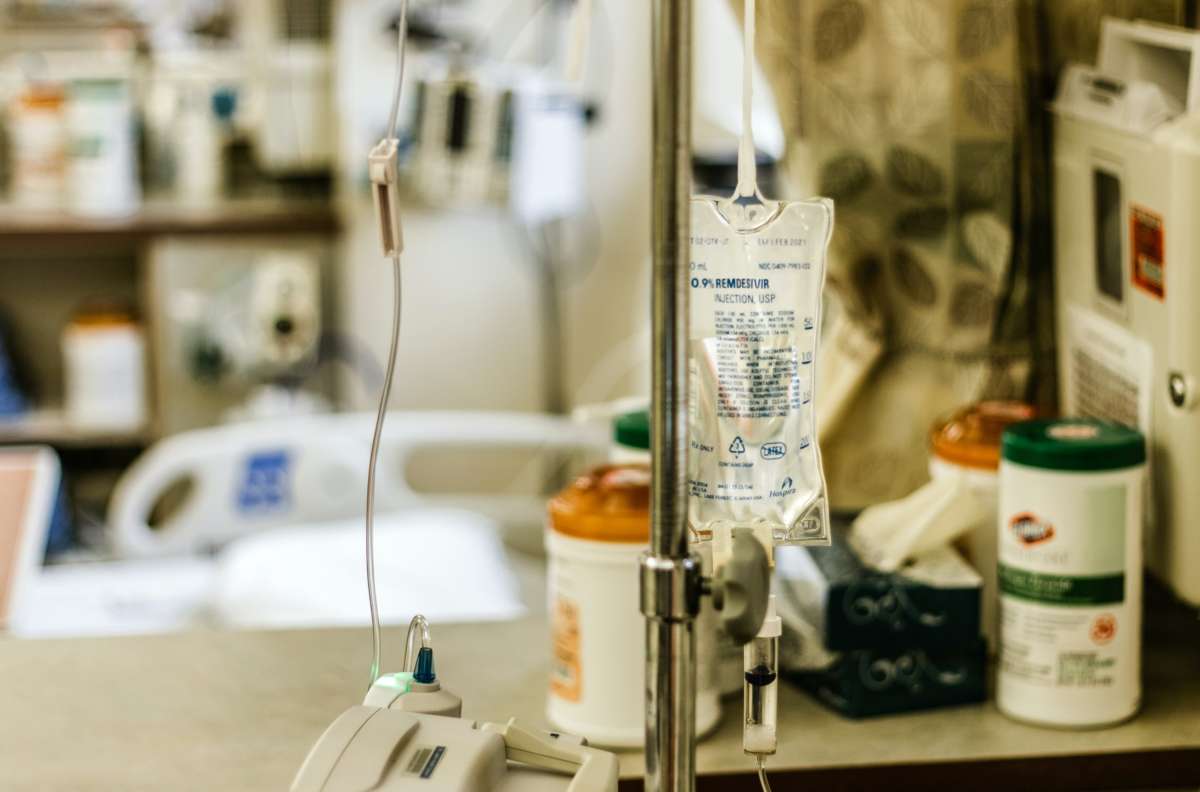 In the past six weeks, he and his crew have caught, filleted and distributed about 624 bags of fish in the Keys, where the tourism industry employs half of the workforce.

The program has received assistance from some of Weinhofer’s past charter clients, who have sent fuel money for his boat. Other local charter captains and guides have donated additional fish for distribution.

BOCA RATON, Fla. (AP) — A Florida nurse is filing an equal opportunity complaint alleging her condo rental application was denied because her ICU job brings her in contact with novel coronavirus patients.

Jennifer Piraino says she was told to pick up her application and the $100 money order for a background check. When she asked why, she was told she was rejected “just with everything going on.”

She says the management company won’t return her calls or emails. Greta Tremmel owns the Boca Raton unit. She organized a picket line outside the apartments Friday.

The Pointe Management Group and Condo Association president did not respond to requests for comment.

Courtney Meadows, a cashier at a Kroger in Beckley, W.Va., knows her job carries new risks these days, but she also sees the positive side of life as an essential worker.

“It might sound silly for some, but for me, I’m grateful that I can still get up and go to work,” Meadows says. “I’m one of these people … I probably will go stir-crazy if I had to stay home.”

During this pandemic, several grocery stores have carved out special shopping times for seniors, pregnant women and also people with underlying health conditions. Kroger is no exception and Meadows especially enjoys that hour in the morning.

“Just to be able to spend that one-on-one time with the elderly customers and get to talk to them … They definitely make me laugh,” she says. “And to just put a little positivity in their lives, it makes you feel good.”

Meadows, who has worked as a grocery store cashier for almost 10 years, says the coronavirus has changed how other people see her job.

“It’s definitely eye-opening because people are now saying, ‘Oh, my God, these people deserve hazard pay.’ But these are the same people who say we don’t deserve $15 an hour,” she says.

Now, she says, they appreciate that workers like her are putting their lives on the line to bring everyone else milk, bread and other essentials.

After being fired over Zoom, he changed his Twitter handle to ‘Dan is interviewing’

Dan Munro changed his Twitter handle to “Dan is interviewing” after finding out he lost his job via a Zoom call.

The method of firing is becoming the norm in the tech industry during the coronavirus recession.

“No one enjoyed it,” Munro said. “It was pretty rough for everyone because we’re a pretty small company and everybody knows each other pretty well.”

The startup Munro worked for, Alegion, an artificial intelligence company, announced that a third of its Austin-based office would be cut in a “resizing.” Those affected would receive an email after the call, the company’s founders said.

Munro, who is married with two children, was forced to put his home up for sale. As a software engineer, he knows his skills are in demand and he’s quite certain of landing a job soon so he doesn’t feel too sorry for himself.

“There are people who are suffering and are much less well off,” Munro said. “I’m hoping, as a country, we can provide some care to those people.”

Remdesivir gets emergency green light, but for intubated COVID patients, it’s too early to tell if it works

On Friday, an experimental antiviral drug called remdesivir was green-lighted by the FDA for use in hospitalized COVID-19 patients.

That emergency authorization came after a preliminary trial by the National Institutes of Health.

When given to patients with the coronavirus as soon as they entered the hospital, remdesivir helped them recover about 31 percent faster than patients who received a placebo.

Dr. Kirk Voelker is medical director of clinical research at the hospital.

Nine patients have been treated so far. Voelker says it’s too early to tell if it works or not in late-stage COVID-19 patients.

The coronavirus pandemic is changing how we grieve

Coronavirus is changing the way people grieve. Some were already dealing with loss before the pandemic locked them up in their homes. Others are feeling powerless, as they desperately await updates about their loved ones in critical condition.

There are also those having to plan memorial services in the midst of this health and economic crisis.

82-year-old Maureen Connors lives alone in her Pinellas Park home. It’s a fairly new situation for her. Maureen’s husband of over 40 years, Maury, died two weeks shy of his 80th birthday in May of last year.

He suffered from multiple ailments by the time he passed. When they met back in the 1970s, by total coincidence, Maureen was a former Catholic nun and Maury was a former priest.

“I would say we had one of the best relationships you can have and to the point that other people commented all the time, they love the way we interplay with each other,” Connors said.

She’s been adjusting to life without Maury: going to grief counseling at Empath Health, and, for others in need, creating spiritual programs at assisted living facilities and setting up retreats for “the last third of life,” as she calls it.

But coronavirus restrictions have completely halted this new routine Maureen managed to put together since Maury died. She’s an extrovert who now has to stay in her empty home. And on top of that, news of what critical COVID-19 patients are going through is triggering her.

“To see these people on ventilators. I know it too well. I’m having flashbacks about that,” Connors said.

But Maureen says given what’s going on right now, she’s thankful for how it all happened.

“I’m grateful that it was last year, and not this year. If you go in the hospital, nobody can see you. So as much as I hate losing him, I was able to be there every day for six or eight hours or more. I value that time we had,” Connors said.

These days, critically ill coronavirus patients are laying in hospital beds, separated from loved ones. And if they’re able to communicate at all, it’s through a phone.

“In the ICU, all the rooms have a glass outer door. So we’re often offering a prayer for the patient with the patient, outside of the room. When there’s a phone in the room, we can call in and talk with them and listen to them,” Maberry said.

But he says if someone dies under these conditions, there’s only a limited sort of comfort that can occur for families.

“It’s not a total and complete and satisfying peace. But I think in some ways, maybe the saying goodbye is a little more intense because it’s not as intimate or personal,” Maberry said.

And as for the patients themselves:

“It’s just, I think, a loneliness that comes with being apart from their family. I think it’s just really hard, no matter who you’re talking about,” Maberry said.

Keenan Knopke has been witnessing these end of life rituals for 50 years, working in funeral homes. He’s the president and CEO of Curlew Hills Memory Gardens in Palm Harbor. Coronavirus restrictions are changing what’s supposed to be a critical moment of closure for families in grief.

“What we’re seeing in a lot of cases is here, families are saying, ‘Well, can we wait?’ Well, sure, you can wait. We’ve got a couple of families that are talking about waiting two and three months to have a service. That’s fine from our standpoint. In the meantime, they don’t start processing that grief yet,” Knopke said.

Some families don’t want to have memorial services under the condition of ten people or less, spaced six feet apart. But for those who do, Knopke’s offering them a video streaming service. Whether you attend the service or join by screen, there’s likely no hug or a hand to hold.

As Maureen Connors faces the anniversary of her husband’s death coming up in May, she says she’s been focusing on hope.

“I think as a woman of faith, I try to make sure that I keep trying to believe in something beyond this life,” Connors said.

Connors is managing her own grief with video chats, her grief counselor and a book club. She’s also stepped out of her comfort zone participating in a radio drama class.

Takeaways from renewable energy’s struggles amid the pandemic

The U.S renewable energy industry is reeling from the new coronavirus pandemic, which has delayed construction and sowed doubts about major projects on the drawing board.

But the worldwide slowdown is delaying a transition to cleaner energy that scientists say is not happening quickly enough to curtail climate change.

Restaurants scramble to re-open in most of Florida

The Republican governor said restaurants in all but three counties can reopen their dining rooms Monday at just 25% capacity.

Outside dining areas are limited only by social distancing guidelines.

In some areas, businesses are asking local officials for expansion of outdoor seating. It’s all an attempt to drag Florida’s dismal economy back to what it was before the pandemic.

Miami-Dade, Broward and Palm Beach counties are excluded from the new rules because coronavirus cases are still surging there.

ORLANDO, Fla. (AP) — Florida deputies have arrested a man they say was living out his quarantine on a shuttered Disney World island, telling authorities it was a “tropical paradise.”

According to an arrest report, he said he’d been on the private island since Monday or Tuesday and had planned to camp there for a week.

The 42-year-old said he didn’t know it was a restricted area, despite there being numerous “no trespassing” signs. He was charged with trespassing. Discovery Island had been the site of a zoological park before the island was closed to the public in 1999.