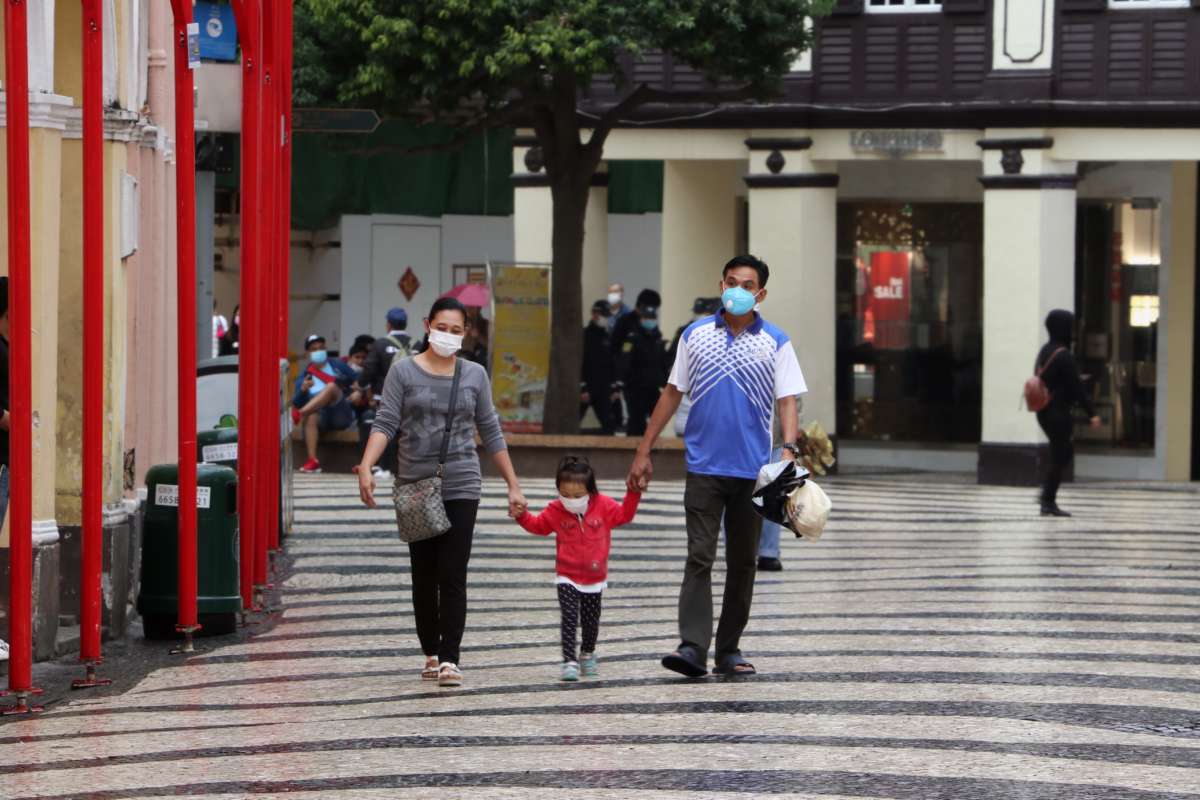 Mobile sites at Ventura Elementary and South Orange Youth Complex offer 200 tests a day, from 9 to 4 Monday through Friday.

There are no criteria for the tests, but an online appointment is required.

Orange County Director of Public Safety Danny Banks says both sites have been fully booked since opening, which he says bodes well for the recovery process.

“We’re all very cautious about the reopening, about what that means about putting people back together and the only way we can evaluate the health aspect of that is to continue testing.”

Walmart will open a site on Goldenrod next week.

CAPE CANAVERAL, Fla. (AP) — NASA and SpaceX are urging spectators to stay home for the first home launch of astronauts in nearly a decade because of the coronavirus pandemic.

Top officials warned the public Friday against traveling to Florida for this month’s launch of two NASA astronauts aboard a SpaceX rocket.

It will be the first launch of astronauts from NASA’s Kennedy Space Center in nine years, and the first anywhere by a private company.

NASA Administrator Jim Bridenstine says it saddens him to keep spectators away, but the priority is to keep everyone safe. He said hundreds of thousands of people used to descend on the area to watch space shuttle launches.

The Flamingo marina and boat ramps are part of a phased in re-opening that also includes the main park road connecting Flamingo to the park entrance.

That means boaters from the mainland will have easier access to Florida Bay, which has largely been off-limits to non-Keys residents because of a checkpoint on the Overseas Highway.

Park officials say the marina store and bathrooms will be open. So will outside bathrooms at the Coe Visitor Center.

More public areas, including the popular Anhinga Trail and Shark Valley remain closed, along with the visitor center, concession tours and campgrounds.

Judge orders release of migrants in Florida as virus measure

MIAMI (AP) — A federal judge has ordered authorities to release hundreds of immigrants from three Florida detention centers to prevent a wider spread of the coronavirus.

U.S. District Court Judge Marcia Cooke says the U.S. Immigration and Customs Enforcement must submit a report Sunday with steps to bring down the centers population from 1,400 to about 350.

It is the latest issued by a federal judge instructing the release of immigrants. ICE says seven detainees at the Krome Detention Center in Miami have tested positive. At least eight staff members have been infected.

Health experts say contact tracing is an essential part of stopping the spread of the coronavirus.

Perry Brown is a professor of public health in epidemiology at Florida A&M University. He says contact tracing is the practice of finding and testing people who have come in close contact with a coronavirus patient.

“Contact tracing is the bread and butter, it’s the tried and true method that we use. However, with COVID-19, with the explosive number of cases that we have, not just the explosive number of cases that we’ve had, not just the test positives, but with those who are non-symptomatic, it’s going to be a major uphill fight to try to contact everybody, but it’s worth the effort,” Brown said.

Perry says the move is especially important since many people could be carrying and spreading the virus without showing any symptoms or knowing they are sick.

The National Association of County and City Health Officials says during emergencies, states need about 30 contact tracers per 100,000 people. According to an NPR report, Florida does not meet that need.

Florida housing prices not expected to drop during COVID-19 pandemic

Housing prices aren’t expected to drop significantly during the COVID-19 pandemic. That’s according to the Florida Realtors. Brad O’Connor is the group’s chief economist.

He says builders learned their lesson after the last recession and right now, the state has a housing shortage.

“A shorter supply of all things in Econ 101 would be to actually put upward pressure on price. So let’s say the demand for housing falls, that houses will still be scarce as they’re on the market right now. So the prices won’t fall as much as they did last time when there were so many houses to choose from,” O’Connor said.

O’Connor says the COVID-19 pandemic will have an impact on the housing market, but he doesn’t think it will be long-lasting.

Police closed Matheson Hammock Park in Coral Gables at 9:30 a.m. They closed the Black Point Marina in Homestead a half hour later.

Beachgoers can return to the sand in Pinellas County starting Monday morning, but don’t expect it to get too crowded.

Sheriff Bob Gualtieri says there will be some changes to ensure beachgoers maintain proper social distance.

In addition to normal patrols, 250 deputies will monitor the beaches from Fred Howard Park in Tarpon Springs to Ft. De Soto at the southern tip of the county. The goal is to make sure there’s not a repeat of the large crowds that were seen on Clearwater Beach during spring break in mid-March.

“We’re going to take a common-sense approach to this. So if five people come together, they can stay together – but no joining larger groups,” Gualtieri said.

And just in case they forget, Gualtieri says there will be uniformed deputies stationed at all 213 beach access points and thousands of signs to remind people of CDC distancing guidelines

The deadline for three task forces to make recommendations to the state on three new toll roads has been pushed to November 15th because of the new coronavirus.

That’s been the only concession made to the plans so far.

Rural governments are growing increasingly uneasy about the impact the roads will have on their municipalities.

There are concerns the roads will bypass local communities, taking with them valuable traffic. Leon County Commissioner and task force member Kristen Dozier says there are lots of unanswered questions.

“I think FDOT has been very upfront in saying help us thin through where this funding is going to come from,” Dozier said.

The projects were pitched as including utility upgrades and increased broadband access for rural communities, but none of that funding has been granted or guaranteed.

The legislature has only funded the task forces and the planning and design of the roads.

The state has released maps of environmentally sensitive areas that would be off-limits to construction. Critics who are concerned given the economic impact of the coronavirus say the state should pull back on the roads.

Florida is about to reopen state parks.

He said there is a low risk of transmitting the coronavirus during outdoor activity if people practice social distancing.

He also said the exercise will be good for Floridians’ health. DeSantis made his announcement in Jacksonville and lashed out at critics who mocked the state when Mayor Lenny Curry reopened beaches in the area two weeks ago.

Florida has had nearly 35,000 confirmed cases of the virus, resulting in more than 1,300 deaths.

MIAMI (AP) — A U.S. Drug Enforcement Administration agent and a telecommunications specialist are accused of stealing personal protective equipment, toilet paper and other supplies from an agency warehouse in Florida amid shortages caused by the coronavirus pandemic.

That’s according to law enforcement officials familiar with the matter who spoke to The Associated Press on condition of anonymity.

While the officials were not clear how much was taken or what the men intended to do with the supplies, the incident was serious enough that both were suspended and the agent was asked to hand over his gun pending an internal review.

MIAMI BEACH (AP) — Miami Beach officials say it was a rough first day back in the parks after the coronavirus shutdown because some people refused to follow the rules.

City Manager Jimmy Morales says if people don’t follow the rules the city may have to shut certain areas down again.

Mayor Dan Gelber says violators are endangering other people and should treat the orders seriously.