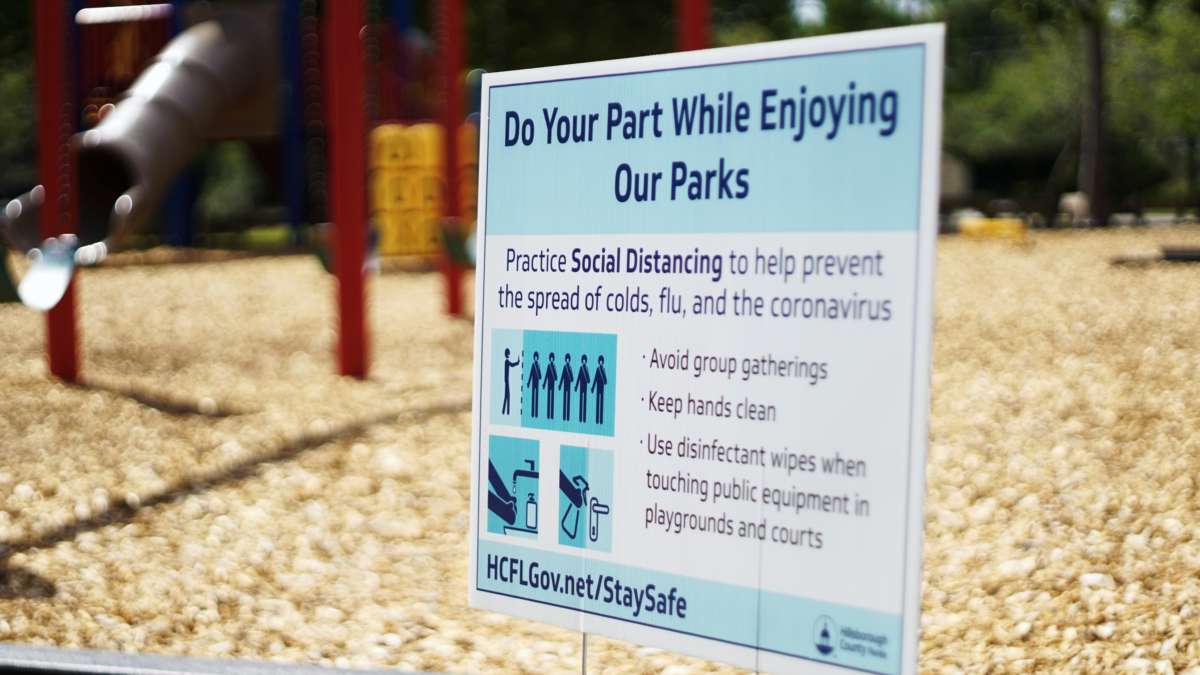 ST. PETERSBURG, Fla. (AP) — As coronavirus cases surge in hard-hit Florida, so do the turnaround times for test results.

The reasons are many. Often it has to do with lab staffing, backlogs or equipment shortages. Sometimes tests are done in house, while other tests are sent to labs out of state.

But there’s one place in Central Florida where people are being tested and getting results within a day: the NBA. Basketball players, team staff, news media and anyone else inside the “bubble” at the practice compound at Walt Disney World are tested daily.

This rankles some in Central Florida, who wonder why local, state and federal leaders can’t coordinate large-scale, organized testing, but the NBA can.

HBCU president: ‘I slept better’ after deciding on all online classes in the fall

Historically Black colleges and universities have an extra factor to consider as they plan on how to operate this next school year: Black communities are disproportionately impacted by the pandemic.

According to the COVID Racial Data Tracker, Black people are dying from the coronavirus at two and a half times the rate of white people.

Colette Pierce Burnette is the president of Huston-Tillotson University, a small, private HBCU in Austin, Texas. She recently announced that the school’s 1,100 students will not be returning in the fall, but that all classes will be online.

“We must have looked at over a dozen different scenarios — from being fully online to being fully on the ground here on campus,” she tells All Things Considered. “The students’ health, the safety of our faculty, our staff, the people who work here, was paramount.”

To help address technology barriers that students face, Burnette says the school will supply tablets to all students enrolled for the fall and provide internet access through mobile hotspots.

An analysis of Florida’s coronavirus numbers so far

Florida reported another record-breaking death toll Thursday from COVID-19. Another 253 Floridians have died from the disease caused by the coronavirus.

The Florida Department of Health also confirmed another 10,000 new cases.

Florida has been averaging about 10,306 cases per day in the last week, continuing a three-week decrease in new infections.

In Central Florida, Orange, Osceola, Seminole, Brevard and Volusia counties are all trending downward in cases compared to last week.

But Lake, Marion and Sumter counties – all home to parts of the sprawling retirement community of The Villages – are all increasing in case numbers.

The percent of tests coming back positive is more than 16 percent – largely unchanged over the last two weeks.

In breaking non-coronavirus news, NASA astronauts could return to Earth this weekend

NASA astronauts Bob Behnkin and Doug Hurley are scheduled to return to Earth this weekend, splashing down off the coast of Florida. But the agency is keeping a watchful eye on the weather.

Behnken and Hurley are scheduled to board the Dragon capsule Saturday and undock from the station – with a planned splashdown on Sunday.

But Tropical Storm Isaias could delay those plans. NASA has about a half dozen splashdown sites along the Florida coast – each with certain weather criteria.

Mission controllers are monitoring those conditions closely and can delay the splashdown if necessary.

Hurley and Behnken launched to the station May 30 from Kennedy Space Center on the first commercial designed, built and launched human space vehicle.

NASA will review the test mission before giving the go-ahead for another astronaut launch from Florida later this year – with three NASA astronauts and one Japanese astronaut.

It’s a big night for sports in Orlando

It’s a big night for sports in Orlando, with professional soccer and basketball games Friday.

Orlando City Soccer Club is in the quarter finals of the MLS is Back Tournament, which is being played at the ESPN Wide World of Sports Complex in Orlando.

Orlando City will face off against the Los Angeles Football Club at 7:30 p.m.

The tournament is in the knock-out phase. The match will be aired on Fox Sports 1.

The Orlando Magic’s first game of the restarted season is also today at 2:30 p.m. against the Brooklyn Nets and will be broadcast on Fox Sports Florida.

Vaccine candidate delivers protection in a single shot (in monkeys)

Nobody is eager to be stuck by a needle twice, so naturally many would view a COVID-19 vaccine that provides disease protection after a single injection as a good thing.

Two new studies released Thursday suggest that might be possible.

In one study, researchers from Beth Israel Deaconess Medical Center and pharmaceutical company Janssen injected the animals either with a vaccine candidate or an inert placebo. Six weeks after they were injected, the researchers exposed the animals to the coronavirus, both by putting it in their noses and down their throats.

All 20 of the animals receiving the inert, placebo injection showed signs of infection in both their lungs and noses after being exposed to the virus.

The Southeastern Conference will play only league games in 2020 to deal with potential COVID-19 disruptions.

The decision pushes major college football closer to a siloed regular season in which none of the power conferences cross paths.

The SEC’s university presidents agreed upon a 10-game schedule that eliminated all non-conference opponents and is scheduled to begin Sept. 26.

The SEC championship game, originally scheduled for Dec. 5, will be pushed back to Dec. 19. The Big Ten and Pac-12 will also play only conference games. The ACC announced plans for an 11-game schedule with one non-conference game.

The state faces pressure to adopt new measures to combat the pandemic.

The head of a congressional coronavirus oversight panel sent letters to Florida Gov. Ron DeSantis and three other Republican governors requesting documents to show how their states are fighting the pandemic.

The governors have not responded.

Thomasville put a moratorium on shutting off utilities in March due to COVID-19. But starting Monday, that moratorium ends, and some residents could be without power. Brionté McCorkle heads Georgia Conservation Voters.

“A lot of the messaging that we’re hearing especially in here in Georgia is that you know, people who aren’t paying their bills are being irresponsible.”

McCorkle’s group is urging Congress to pass a bill that would put a nationwide moratorium on disconnecting water, electricity, and utilities.

“So that, you know, the federal government can step in and be empathetic and be understanding that folks are going through a crisis and if we are ready and willing to bail out major corporations, we should be ready and willing to take care of American people who are really struggling and incredibly impacted by this crisis.”

In a statement, Thomasville’s City Manager Alan Carson said collecting payment from customers with past due balances is falling in line with what other utility providers are doing across the nation.

The Bureau of Economic Analysis released second quarter gross domestic product data Thursday. The number shows how much the economy has grown in a given quarter.

And in the second quarter, the BEA says, the American economy grew at an annualized rate of…wait for it…negative 32.9%.

Today we stick a finger into that number, to explain what it really means, and how much of a gauge of the future of the economy it represents.