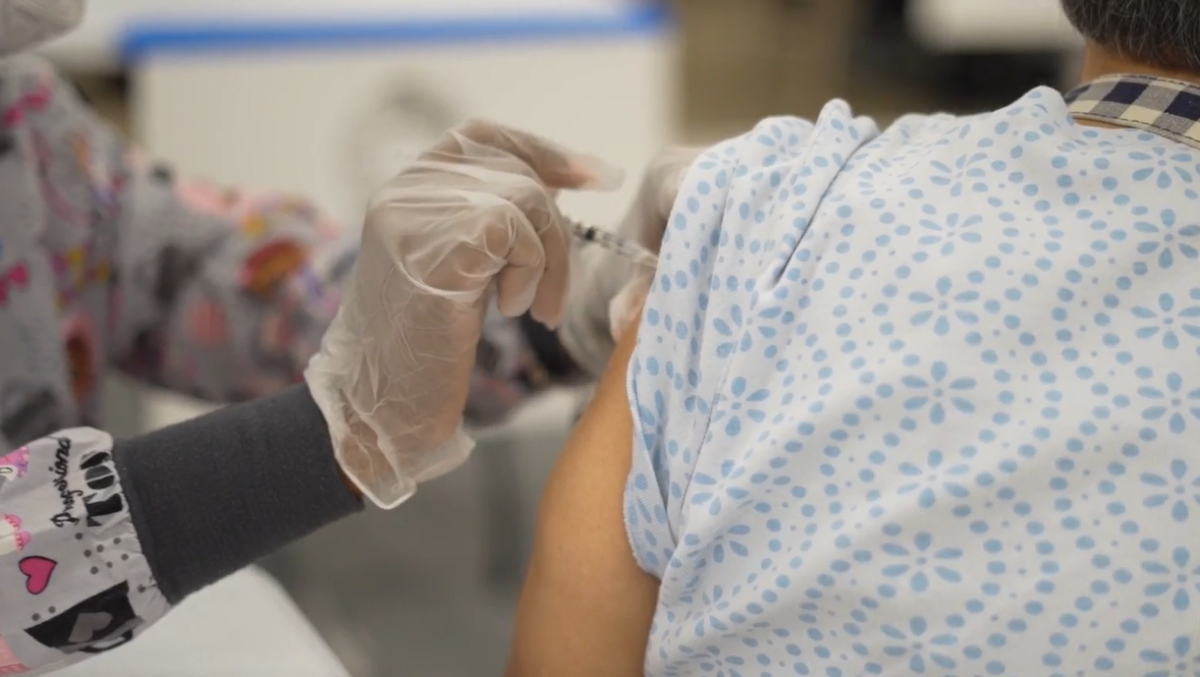 Lake County, with 70 percent, has the highest percentage of seniors vaccinated in Central Florida. Photo: Lake County from video

Brevard County is reporting a coronavirus test positivity rate of 12.4%.

In Sumter County the positivity rate has been above 10% for two days.

The state reported 102 additional deaths. So far, 32,449 Floridians have died.

On the positive side, the average number of new cases per day is down 16% this week compared to last, according to data from Johns Hopkins University analyzed by NPR.

And 4.3 million Floridians have been at least partially vaccinated against the virus, while 2.4 million are fully vaccinated.

Authorities say a Florida man spat on a security officer at Walt Disney World after she asked him to put on a mask.

According to an arrest report released Monday, 51-year-old Kelly McKin is facing a charge of battery following the encounter last month.

As the pace of COVID-19 vaccinations speeds up across the country, zoos are considering whether to give shots to apes and other animals that may be susceptible to the virus.

The COVID-19 vaccine that the San Diego Zoo used on its apes was produced by the veterinary pharmaceutical company Zoetis. The U.S. Department of Agriculture says it approved the vaccine for experimental use by the zoo.