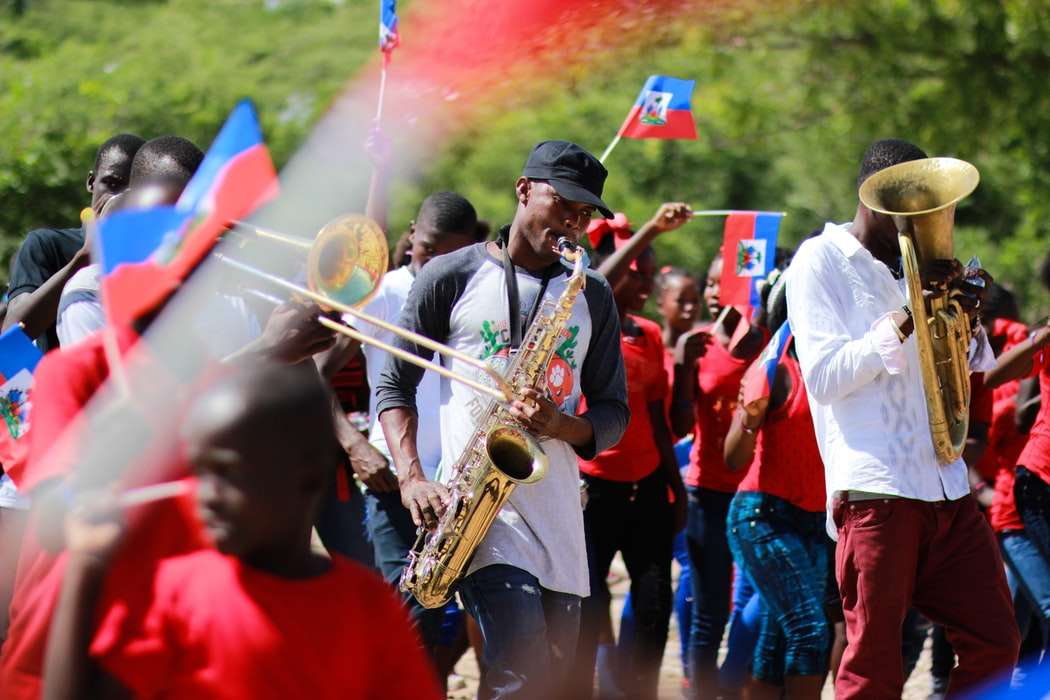 For election season, young Haitian Americans are using cultural platforms on social media to advocate for political and economic empowerment within their communities.

WLRN’s Wilkine Brutus talked about that with Vanessa Joseph, an immigration lawyer and City Clerk of North Miami.

Every Sunday at noon, she’s live on Facebook for the VSS Hour, a current affairs show she hosts with two other Haitian American women in English and Creole.

Joseph is trying to get millennials and Gen Zers more civically involved on issues like voting and temporary protected status, or TPS, for immigrants.

Wilkine: The show does a great job with blending languages – with Haitian Creole and English – was that strategic? What was the mindset behind blending the two languages?

Vanessa: Blending the two languages was important to us because for one, we definitely do not want to shame anyone for not being able to speak Creole. We don’t want for Haitian Americans, people our age, who were born and raised here, to feel like they have to be left out of the conversation.

Wilkine: What issues do you think Haitian Americans care about right now? Have you discussed it on your show recently?

Immigration is a significant issue for many Haitian Americans. We’re very much concerned about the future of TPS.

But certainly I, as an immigration attorney, am very much concerned about the future of immigration at large. And, you know, the larger Haitian American community does want to see comprehensive immigration reform that does give folks a pathway to citizenship. Right.

But that’s not all that we think about.

We also want to see improved foreign relations between the U.S. and Haiti. And, of course, just as many other communities, we want affordable housing and economic development among a myriad of other things.

Wilkine: Is there a shared agenda like are there generational differences? You know, [any disconnect] within each community?

Vanessa: You know, as with any other community, the Haitian American community is not monolithic. Right.

So we’re from varying generations, we have different relationships with Haiti. We live all across the United States. But on the whole, we can come together, as we have recently, to work on agenda priorities that we can all agree on.

At the end of the day, we all want a stronger Haitian community. But how do we get there and what do we want to see in terms of economic development, political power, education that will ensure that this community continues to thrive and that it certainly continues to grow?

Wilkine: You talked earlier about how the Haitian community isn’t a monolithic community. So is the term Black community. It also seems to posit this idea that everyone is on one accord. Are there overlapping policy ideas between Haitian Americans and African-Americans, or are they essentially asking for the same things?

We want the democracy that was promised to us. We want to live long and healthy lives. We want to protect our communities from the climate crisis. And among a host of other things, we want the legal system to also work for us.

Wilkine: And so there’s a lot more people who are interested in entrepreneurship. We see a lot of financial literacy type of content being pushed around Instagram, for example. Do you think that cultural capital is enough to make the new generation more civically engaged?

Vanessa: The fact that so many of us are in spheres of influence. Right.

And especially with our children who are growing up in the American system, they know that the possibilities are endless.

And I think that when we have people reach whatever level of influence they do reach that we have to ensure to continue propagating positive messages and images of Haitians and Haitian-Americans and their contributions to not only our communities, but also to America and to the world.