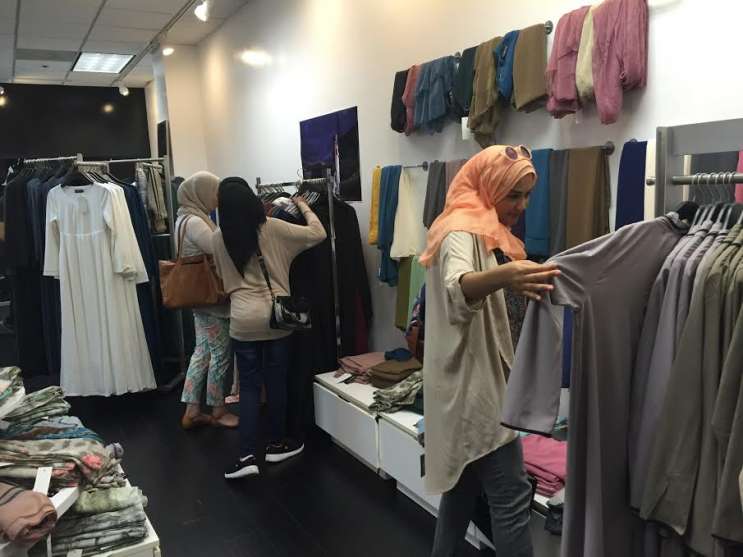 Verona is one of few US-based companies catering toward Islamic and conservative wear. Photo: Renata Sago.

Women in colorful scarves called hijabs saunter through Orlando’s Fashion Square Mall carrying black shopping bags that read VERONA in white. For many of them, this is no routine trip to the commercial hub just blocks from central Florida’s largest mosque. It is a celebration of the grand opening of a store they have been buying many of their long flowing gowns and hijabs from for months. It is a moment to reflect on what many of the Muslim women say is long overdue: the existence of a store in a mainstream mall that caters to Muslim women and women seeking conservative wear.

“It’s nice to have something like Verona establish a store in a mall because it’s kind of like ‘Hey, I’m out here.’ You know? You’re being represented as American,” says 26-year-old Feena Quazi Abatti, a student at the University of Central Florida.

She says aside from online, there are few stores that cater to Muslim women.

Verona started out as an online store. Lisa Vogl, a Muslim convert and her business partner Nadine Abu-Jubara launched the company with a dress and a couple of scarves. In a market dominated by online retail, Vogl and Abu-Jubara gained clients from Florida to Dubai–many Muslims and others just looking for conservative wear.

Vogl and Abu-Jubara say they chose Orlando as home to their first physical store because it is a tourist hub with a growing Muslim community. Both expect the presence of the store in a mainstream mall to change perceptions of Islamic-wear fashion and its adaptability and what it means to be a Muslim woman in America.

“It is a hijabi Muslim-run, women-run business,” says Vogl. “This is front in-your-face that we are exactly not who you think we are. We are strong, independent, business educated women.”

Verona is one of few US-based companies catering toward Islamic and conservative wear. Experts predict the industry to grow to more than $300 billion by 2019.

The founders plan to expand to Paris and London.