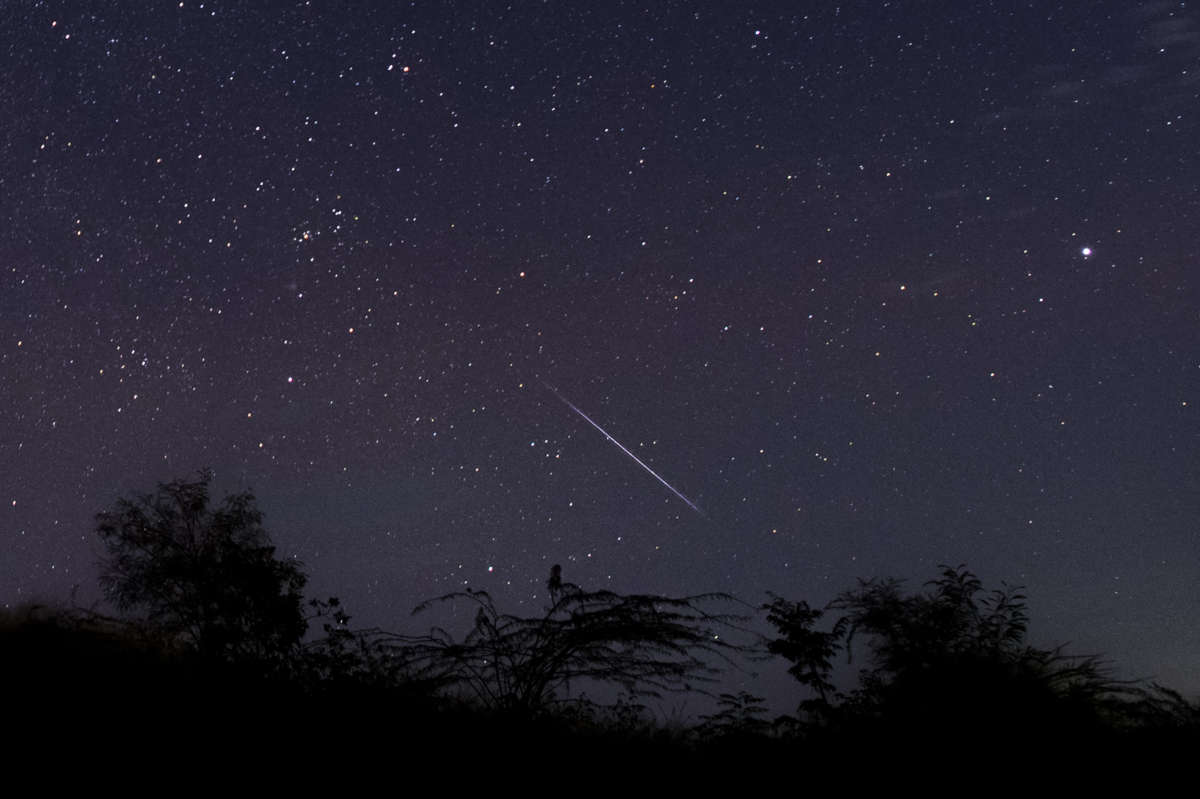 The Geminid meteor shower, which lights up our sky every December, will be at its most visible late Monday into early Tuesday morning.

Although the moon will brighten up the sky and make it harder to see the Geminids this year, astronomers say from about 2:00 a.m. to sunrise will be prime viewing time.

“Rich in green-colored fireballs, the Geminids are the only shower I will brave cold December nights to see,” Bill Cooke, lead for NASA’s Meteoroid Environment Office, said in a statement.

The Geminids — which appear to emanate from the constellation Gemini — come from debris left behind by a celestial object known as 3200 Phaethon. Scientists believe 3200 Phaethon is either an extinct comet or an asteroid.

Because of their density, Geminids can get as low as 29 miles above the Earth’s surface before burning up, according to NASA.

Viewers in the Northern Hemisphere will have the best show, though the Geminids can be seen from almost anywhere on the planet. Night owls in the Southern Hemisphere may simply see fewer meteors as the shower will be closer to the horizon.

The moon will be about 80% full Monday night, NASA said, and it’s brightness will “wash out” the fainter Geminids until the moon sets around 2:00 a.m.

The Geminids will last until Dec. 17.